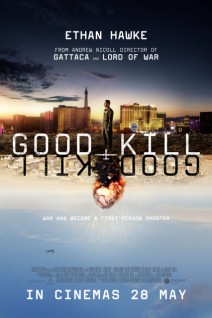 “The war machine keeps turning” – so sang Black Sabbath in their antiwar anthem “War Pigs”. In the 21st century, the war machine has evolved and the last several years have seen an increase in the use of Unmanned Aerial Vehicles (UAVs) in warzones. Major Thomas Egan (Hawke) is a U.S. Air Force pilot who has been flying UAVs since the demand for manned fighter jets has decreased. It seems like a cushy job, flying the drones via remote control from a base in Las Vegas, far from the thick of it. However, Egan has become disillusioned and longs to be back in the air for real. His work takes a toll on his relationship with his wife Molly (Jones) and when his new co-pilot Vera Suarez (Kravitz) realises the job involves more than she’s bargained for, Egan begins to question the nature of his missions. When the unit is ordered to run ethically dubious missions for the CIA, even Colonel Jack Johns (Greenwood), whom Egan and Suarez answer to, has second thoughts of his own.
The relationship between Hollywood and the military is a fascinating one. Hollywood is perceived as being run by liberals, but maintaining ties with the military and portraying them in a positive light is key to getting permits and clearances for filming on military installations or gaining privileged access to equipment and personnel. There was even a recent superhero movie that ran army recruitment ads in the theatre before the feature. Good Kill is written and directed by Andrew Niccol, who helmed the underrated, searing arms dealer drama Lord of War. Niccol’s best works, like Lord of War and sci-fi flick Gattaca, examine relevant sociopolitical issues in addition to being stylish and entertaining. Drone warfare is as topical as it gets – the collateral damage resulting from a covert drone strike was recently a major plot point in the fourth season of TV series Homeland. Good Kill spells out its themes in the biggest, blockiest letters available. Watching drone pilots cooped up in a small box flying missions from thousands of miles away does sound somewhat boring, and perhaps this lack of subtlety is compensation for it. 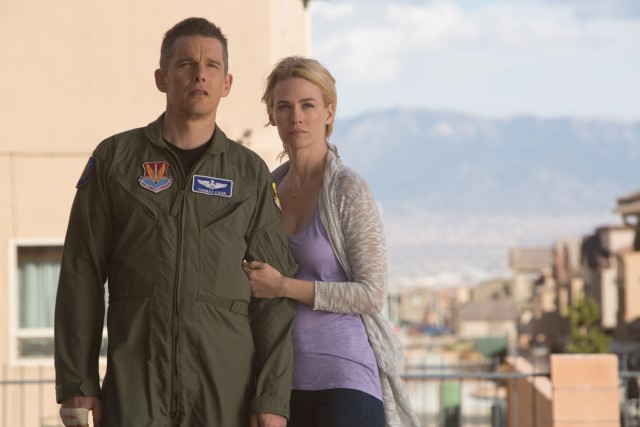 Niccol takes particular relish in juxtaposing the shiny decadence of the Las Vegas Strip with the life-and-death stakes of the Air Force drone missions being controlled just a few miles out from the casinos and strip clubs, the partygoers oblivious to the war on terror being waged from next door. He has succeeded in creating a war movie unlike any before it, presenting post-traumatic stress disorder and the questioning of authority in a new look but with the same queasy flavour. The disconnect is a big part of it – the targets on the ground are mostly faceless, but so is the ominous voice of Langley, Viriginia over the speakerphone, the CIA portrayed as a shadowy éminence grise. Colonel Jack Johns, played by Bruce Greenwood, gives a big bravura speech to a gaggle of recruits that is gloriously on the nose but yet not out of place in the context of the film. With lines like “this aircraft isn’t the future of war. This is the here and f***ing now” and “war is now a first-person shooter”, the audience is brought up to speed with the changing landscape of combat in layman’s terms, and there’s also the sense that the Colonel is desperately trying to convince himself. 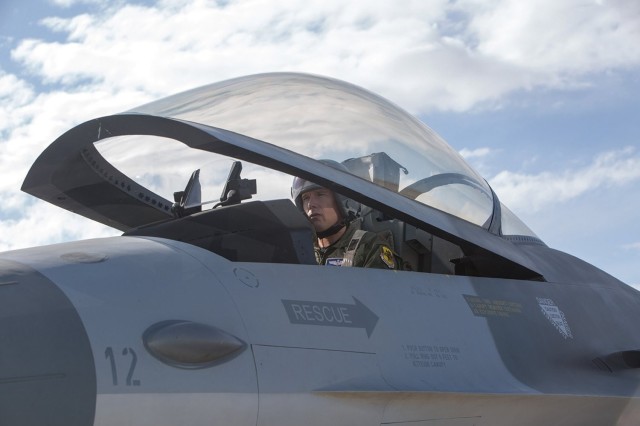 Ethan Hawke is on a roll following his Oscar nomination for Boyhood, Good Kill reuniting him with Niccol, who directed the actor in Gattaca and Lord of War. Hawke has the unique challenge of playing a shell-shocked soldier who never steps foot into the battlefield and the film is carried by the tormented humanity he imbues the character with. Bruce Greenwood brings his trademark blend of paternal warmth and no-nonsense grit to the role of Colonel Johns, who despite moments like the abovementioned speech, is never a stereotypically over-the-top hard-ass. Unfortunately, January Jones’ character Molly is every bit the stock type of the nagging wife who doesn’t understand the psychological torment her husband suffers as a result of his occupation, even with the requisite scenes that are meant to make her sympathetic. Zoë Kravitz’s Vera Suarez is an archetype as well, the recruit who has her idealism broken down piece by piece. She handles the emotional beats well and is excellent opposite Hawke. 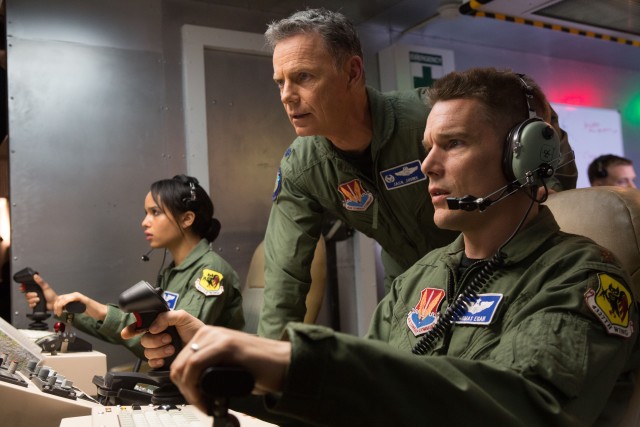 Good Kill has a lot to say and it does seem like Niccol has taken the effort in understanding the various sides of the drone warfare argument. However, it doesn’t quite need 104 minutes to say what it does and while it is bereft of the raw bombast of most war films, it is still painted in very broad strokes. Even with these shortcomings, the film still is adequately unsettling, tense and moving.
Summary:A different breed of war film, Good Killcan get heavy-handed and repetitive in its exploration of the moral implications of drone warfare, but still has its powerful moments and is anchored by a superb leading performance from Ethan Hawke.
RATING: 3out of 5 Stars
Jedd Jong