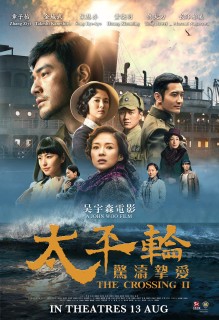 The second and final part of John Woo’s historical disaster epic washes ashore. Picking up where the first film left off, we continue following the three central romances as all parties are swept up in the aftermath of the Chinese Revolution in 1949. Taiwanese Doctor Yan Zekun (Kaneshiro) is caught in a bind, his mother intending that he marry Meifang (Angeles Woo), the widow of his brother. Zekun’s heart still belongs to Masako (Nagasawa), who has been writing letters to him, letters that Mrs. Yan has burned in the hopes of putting an end to that relationship. Yuzhen (Ziyi) is desperate to get on a boat out of Shanghai, believing that her fiancé is waiting for her in Taiwan. At the hospital where she volunteers, she is briefly reunited with a severely wounded Tong Daqing (Tong). Yunfen (Song), the pregnant wife of General Lei Yifang (Huang), boards the steamer Taiping with her family. The Taiping, overladen with passengers and cargo, embarks on its fateful voyage for Taiwan, a voyage the vessel will not complete.

Just when we thought nothing could be more pointless that The Crossing: Part 1, Part 2 comes along. Essentially, audiences were being told “before you get to the big sinking, let’s spend some time with the characters and get to know them.” “Some time” turns out to be one and half movies, by which point most viewers will have to restrain themselves from yelling “just sink already!” at the screen. The first film was filled with languid romantic interludes of lovers gazing longingly into each other’s eyes, in between requisite battlefield carnage. Instead of getting right into the action, we are saddled with even more set-up, in which characters rattle off long passages of exposition establishing how the main characters are connected. It turns out that it’s coincidence and not love that holds the world together in the most tumultuous of times. 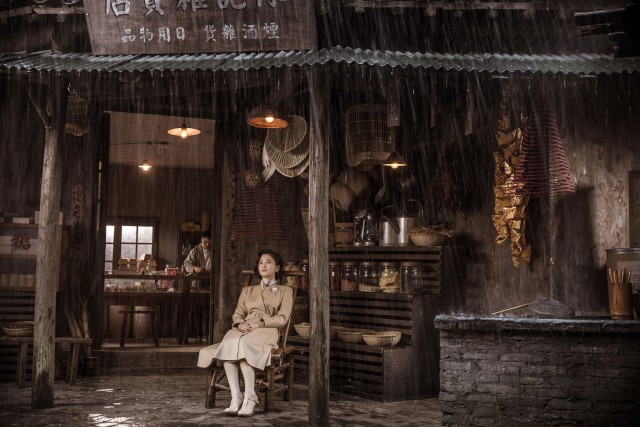 The Crossing has been called “the Chinese Titanic” and it seems director Woo doesn’t mind the comparison: after all, Titanic is the second highest-grossing film of all time. The similarities are apparent: both films aspire to be sweeping period romances that revolve around fictional characters and are set against a historical disaster at sea. While Titanic is often regarded as cheesy, The Crossing surpasses it in this regard by far. At every turn, the film is melodramatic rather than moving. While Titanic had one romantic relationship as its focus, The Crossing has to split its time between three romances that have to converge in a triumph of contrivance. The intention seems to be that the audience is equally invested in each of the three love stories presented, but that is ultimately too much to ask. 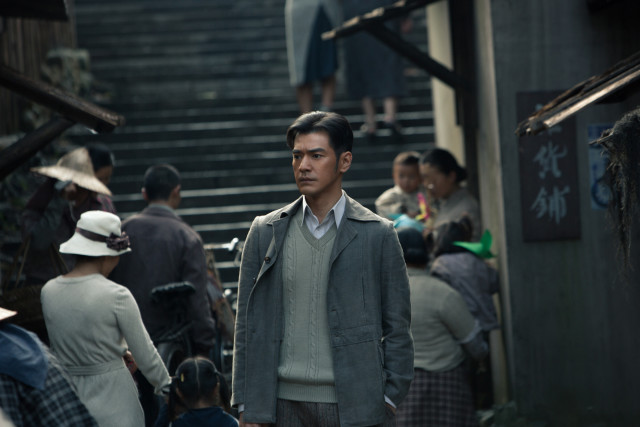 Huang Xiaoming and Tong Dawei take a backseat in this installment, with the bulk of the screen time going to Takeshi Kaneshiro and Zhang Ziyi. Kaneshiro is effective as a noble figure forced into a bind and it certainly helps that he’s very easy on the eye. Zhang Ziyi continues to essay Yuzhen’s tenacity, and one of the film’s few genuinely heart-breaking moments is when Yuzhen agrees to have sex with sleazy businessman Peter (Lam) for a boat ticket. In the midst of the unpleasant act, she peeks through a small crack in the wall, looking expectantly at the ferry moored in the harbor.

The actual sinking of the Taiping is an adequately spectacular sequence of unfolding chaos, even if the computer-generated effects lack polish. The sets and practical effects are well done and it does feel like our protagonists are in legitimate danger. However, after more than three hours of build-up over two films, it’s far from sufficient payoff. We are aware that we sound like heartless beasts, baying for more carnage and less interpersonal drama, but the film’s selling point is, after all, the sinking.

With the conclusion of the two-part movie, Woo has created something that’s not so much sweeping and epic as it is waterlogged. Thrill at people folding paper cranes, composing love songs and taking very long walks through the tall silvergrass! Often unbearably, painfully cheesy, it’s difficult to truly appreciate the authenticity of crowd scenes such as mass student protests being broken up by the military police, and indeed the climactic disaster itself. Treacly and sentimental rather than emotional and containing far from enough spectacle for the slow parts to be tolerable, The Crossing is stranded adrift at sea.

Summary: John Woo’s attempt at re-creating an Old Hollywood-style wartime disaster epic ends up drowning in its own cheesiness.