LIMITLESS TV SERIES PILOT REVIEW
Thanks to RTL-CBS Entertainment Asia, I got a sneak peek at the pilot episode of the new TV series premiering during this fall’s TV season, Limitless. Limitless is a spin-off of the 2011 feature film of the same name, which was in turn based on Alan Glynn’s novel The Dark Fields. 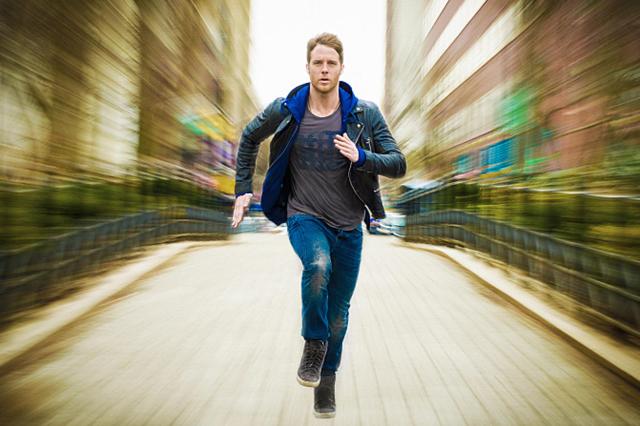 TV shows launched off the backs of movies usually feature the same main character as the film, recast with a different actor, as the series’ protagonist. The Limitless show does something a little different – it is set four years after the events of the movie and Senator Edward Mora, the protagonist of the film, drops in as a recurring character. Mora is played by Bradley Cooper, who since starring in Limitless, has gone on to A-list stardom and multiple Academy Award nominations. He’s also an executive producer on the series and his involvement is the biggest selling point of the show.
The premise of the show, as with the film it’s based on, is built around the miracle drug NZT-48. The circular clear pill grants users access to the full extent of their brain capacity, resulting in superhuman intelligence. Naturally, there’s a catch – the drug is also highly addictive and causes crippling side-effects. Brian Finch (Jake McDorman), a struggling musician, has no other options but to take on a temp job at a Wall Street bank. While there, he bumps into Eli (Arjun Gupta), his former band-mate, now a successful investment banker. Eli gives Brian one NZT pill and before he knows it, Brian is in deep over his head, implicated in a crime he did not commit and pursued by the FBI. Brian has to convince agents Rebecca Harris (Jennifer Carpenter) and Spellman Boyle (Hill Harper) of his innocence, while desperately hunting for his next fix. FBI Special Agent in charge Nazreen Pouran (Mary Elizabeth Mastrantonio) is interested in tracking down Brian for her own ends, viewing him as a potential asset in the further development of the NZT drug.

The pilot is written by Craig Sweeny and directed by Marc Webb, of (500) Days of Summer and The Amazing Spider-Man fame. Sweeny has previously written for the CBS crime dramas Elementary and Medium. The pilot sticks closely to the flashy visual style brought to the film by its director Neil Burger, with snazzy graphical representations of Brian calling on obscure snatches of knowledge to get out of a tight spot. There are also plenty of dramatic long zooms through swathes of New York streets. While experiencing the effects of NZT, everything gets a warm amber tint, like in the movie. It feels slickly put together, but also quite generic. This is yet another police procedural on CBS, undisputed home of the police procedural. Even with its high-concept hook, one gets the feeling that the show might fall back on formula at least a little. There’s also the matter of how practically everyone knows that the “10% of your brain” chestnut is discredited pseudo-science. 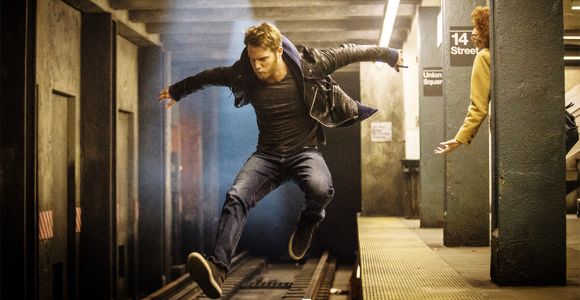 Jake McDorman is your standard white male TV actor – he’s reasonably likeable, but nowhere near as magnetically charismatic as Bradley Cooper is, and it seems McDorman will remain in the shadow of his American Sniper co-star. The Brian Finch character is meant to be as similar to Edward Mora while being distinct enough to co-exist instead of supplant Mora, which is a tricky thing to do. Both Mora and Brian start out as frustrated artists – Mora a writer; Brian a musician. They dabble in the high-stakes Wall Street financial world, although Brian doesn’t get in as deep as Mora did. Since this is just the pilot, Mora’s role in the story and his motivations have yet to be clearly defined, but it is a definitely a boon for the show that they’ve secured Cooper in a recurring role, as his star power may help paper over whatever familiarity the show possesses for audiences weary of the police procedural genre.

Jennifer Carpenter’s Rebecca Harris is your bog-standard tough FBI agent with a tragic past that will be explored in some capacity as an ongoing arc. The scenes in which Carpenter and McDorman are alone and playing off each other, Agent Harris understandably wary of the super-intelligent suspect, are well-written and competently performed. One thing I did like was that Brian is shown as having a large family and his close to his parents, striving to help his terminally ill dad. It seems inevitable that his family will be put in some kind of jeopardy down the line but it serves as a solid, if predictable, emotional core for the character.
The pilot is entertaining, well-paced and provides enough background information such that one won’t be completely lost without having seen the film that the show is a continuation of. It remains to be seen how much of the show can be sustained by its association with Bradley Cooper, the visual flourishes and the gimmick of the superhuman intelligence. There is something of a “that’s the best they could come up with?” quotient to the idea of using the abilities granted by NZT to solve crimes, but it seems there’s room for that to work on a TV series. If you’re a fan of the movie, it’s worth sticking around to see where this goes. There’s also the added bonus of Jake McDorman not having to deliver any lines in embarrassingly garbled Mandarin!
Limitless premieres Sept 23rd on RTL/CBS Asia, direct from the U.S, airing Wednesdays at 9 pm (8 pm Jakarta/Bangkok)