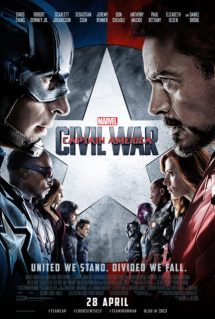 Earth’s mightiest heroes are torn asunder in this, the 13th film in the Marvel Cinematic Universe. Following calamitous incidents in New York, Washington D.C., Sokovia and Lagos, the politicians of the world seek to establish a governing body to supervise the actions of the Avengers. Tony Stark/Iron Man (Downey) agrees to sign what becomes known as ‘The Sokovia Accords’, while Steve Rogers/Captain America (Evans) refuses to comply. Sam Wilson/Falcon (Mackie), Wanda Maximoff/Scarlett Witch (Olsen), Sharon Carter/Agent 13 (VanCamp), Clint Barton/Hawkeye (Renner) and Scott Lang/Ant-Man (Rudd) take Rogers’ side. Backing up Stark are Natasha Romanoff/Black Widow (Johansson), James Rhodes/War Machine (Cheadle), Vision (Bettany), and new additions T’challa/Black Panther (Boseman) and Peter Parker/Spider-Man (Holland). In the meantime, Rogers is still tracking down Bucky Barnes/the Winter Soldier (Stan), his childhood friend who was brainwashed into becoming a ruthless killing machine. Then there’s the enigmatic Dr. Helmut Zemo (Brühl), who seeks details on one of the Winter Soldier’s past missions to enact a treacherous scheme. If the world’s heroes are too busy fighting one another, who will protect everyone else?

It’s generally agreed upon that 2014’s Captain America: The Winter Soldier is among the strongest entries in the MCU thus far. It’s an intense political thriller with lavish action spectacle and a resonant emotional component woven into a concinnate whole. With that film’s directors Joe and Anthony Russo and its writers Christopher Markus and Stephen McFeely returning for Civil War, we had appropriately high expectations. Civil War is not so much a standalone Captain America movie as it is Avengers 2.5, packing in quite a number of characters from the MCU and introducing a couple of new ones. There are lots of moving parts and the story comes off as disjointed. The film gets off to a wobbly start, lacking particularly striking imagery or an impactful action sequence to open with. The source of the conflict at the heart of the film is established clearly enough, but Rogers’ and Stark’s resentment for each other doesn’t get enough room to really simmer to a boil. 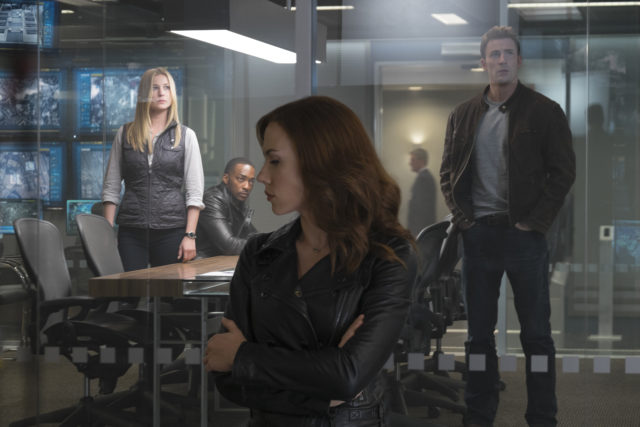 In the comics, the Civil War event centred on secret identities and superhero registration. Since secret identities have largely been a non-issue in the MCU, collateral damage has become the catalyst for conflict. There are some pretty high stakes and the film wants us to take the rift between the MCU’s two biggest heroes very seriously, but not at the expense of quips and general joking about. There are many humorous moments that do land and a reference to Empire Strikes Back had this reviewer doubling over with laughter. Cap, Falcon and Bucky also share a real ‘bro’ moment that’s quite endearing. However, there are several instances where the one-liners result in a sense of flippancy, undermining the gravity of the situation at hand. 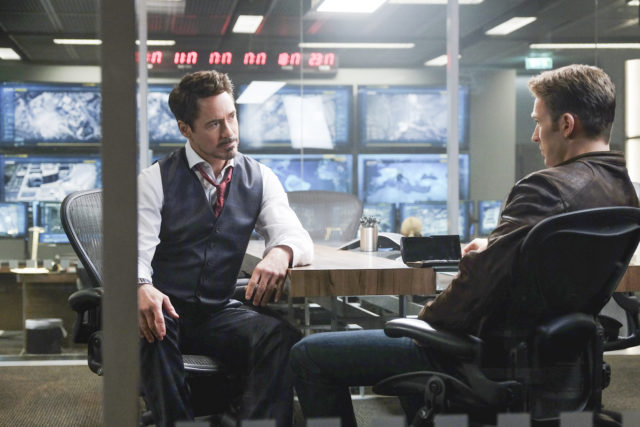 Both Evans and Downey have become very comfortable with their roles as Captain America and Iron Man respectively. There is a valiant attempt at having both parties make valid points, though the film tends to side with Cap because, well, he’s in the title. There’s plenty of snarky back-and-forth jibes, but the ideological disagreements get no room to breathe. There’s not very much to say about the performances of all the returning cast members, since the characterisation is generally consistent with how they’ve been drawn in previous films. Stan continues to be eminently sympathetic as Bucky – half puppy, half killing machine. Vision and Scarlet Witch share a few scenes together, as a nod to the characters’ romance in the comics, but these come off as superfluous. The budding romance between Cap and Agent 13 feels extremely tacked on. There are plenty of references to previous entries in the series, with an emphasis on Winter Soldier and Age of Ultron, so one wouldn’t quite be able to make head or tail of this going in blind.

Fans will be pleased to know that both Black Panther and Spider-Man are handled as well as possible. Boseman brings a stern dignity to the role of the Wakandan prince who is both royalty and costumed crime-fighter, the requisite outsider with no prior link to the Avengers. Stark ropes in teenage science whiz and vigilante Peter Parker. Holland’s portrayal of Spider-Man feels very true to the spirit of the character: the wisecracks, the wide-eyed awe, the pubescent awkwardness, it’s all there in the right amounts. Marisa Tomei briefly shows up as Parker’s Aunt May, and the Spider-Man scenes have increased our anticipation of the upcoming Spider-Man: Homecoming all the more. The design of the suit is divisive: while it harks back to the more traditional artwork of the likes of Steve Ditko and John Romita Sr., the slightly old-fashioned spandex look doesn’t quite fit in with the established MCU aesthetic, especially since it’s established that Stark designed the suit for Parker. 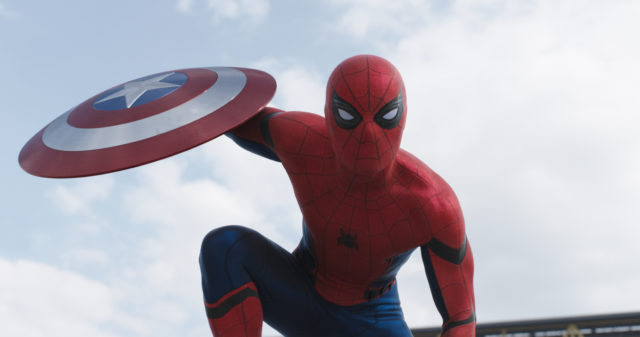 The “villain problem” that has plagued most MCU movies continues here. Helmut Zemo, who is markedly different from the costumed supervillain of the comics, is portrayed as a sly manipulator lurking behind the scenes for his own ends, pulling the marionette strings and fanning the flames of internecine strife. Unfortunately, Brühl makes so little of a mark that this reviewer had to go back to write this paragraph after completing the review, initially forgetting the need to elaborate on the villain.

The standout action sequence is, naturally, the full-on clash between the two factions set at an airport in Leipzig. The scene is packed with fun visual gags and moments engineered to get the audience on their feet, cheering. It’s quite a shame then that the rest of the action sequences, perhaps barring the climactic brawl, are generally unmemorable. The heavy use of shaky-cam and breakneck editing means we can’t take in the choreography or get a good sense of who’s doing what in the middle of a fight.

There’s a lot in Civil War that works fine and the people making these movies have enough experience under their belts to not make a complete fumble of things. However, because many of us are experiencing comic book movie fatigue, it takes a lot more than general competence to get us truly excited. There’s ultimately very little in Civil War that’s actually truly novel. It’s a victory, but far from a flawless one.
Summary: The introduction of Spider-Man and Black Panther into the MCU are highlights, but Civil War’s lack of cohesiveness and the hard-to-follow fight sequences prevent it from being the earth-shattering event it’s pitched as.
RATING: 3.5out of 5 Stars
Jedd Jong