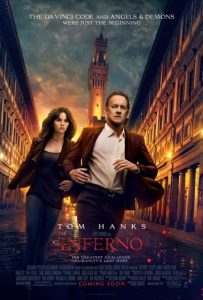 Hell hath no fury like a bioengineer scorned. In the third instalment of the Robert Langdon film series, Langdon (Hanks) is up against Bertrand Zobrist (Foster), a genius billionaire geneticist who has formulated a virus with which he will solve the world’s over-population crisis. The Harvard professor awakes in a hospital in Florence, Italy, stricken with amnesia and pursued by the assassin Vayentha (Ularu). Sienna Brooks (Jones), the doctor tending to Langdon, helps him escape. Langdon discovers that Zobrist has left him a trail of clues, giving him a chance to prevent the virus’ release. Said clues point to Dante’s epic poem Inferno. Visions of hell as described by Dante haunt Langdon, as Elizabeth Sinskey (Knudsen), the director-general of the World Health Organisation, assigns agent Christoph Bouchard (Sy) of the European Centre for Disease Prevention and Control’s Surveillance and Response Support Unit to track Langdon and Brooks down. Behind the scenes, Harry Sims (Khan) a.k.a. ‘The Provost’, who runs a shadowy organisation called The Consortium, is manipulating events for his client Zobrist. 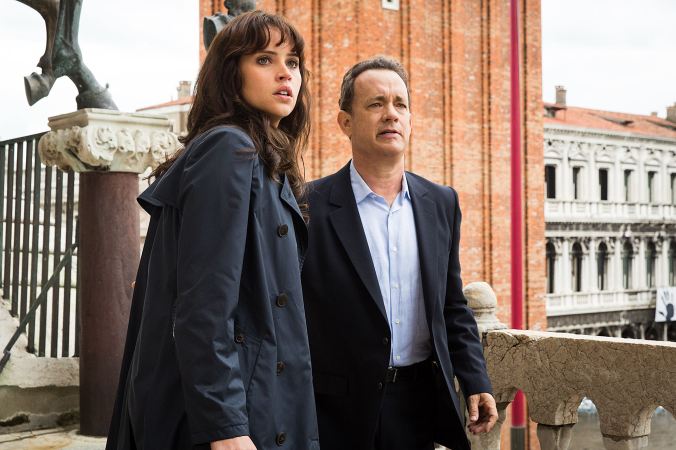 Inferno is based on the fourth book in Dan Brown’s Robert Langdon series. We more or less know what to expect: Tom Hanks shoves tourists aside as he sprints through European cities, following a trail of breadcrumbs involving art history in order to foil a sinister plot. Both director Ron Howard and Hanks have said they’re not contractually obligated to make the Robert Langdon movies, but it does feel like most involved are going through the motions. For all its high stakes and ticking clocks, Inferno can get a little tedious, with obscure bits of art history trivia awkwardly bolted onto the dialogue of David Koepp’s screenplay. The bulk of the film is mildly interesting rather than breathlessly arresting. Inferno doesn’t have The Da Vinci Code’s long exposition lectures, but it also doesn’t quite reach the gleefully bonkers over-the-top heights of Angels & Demons. 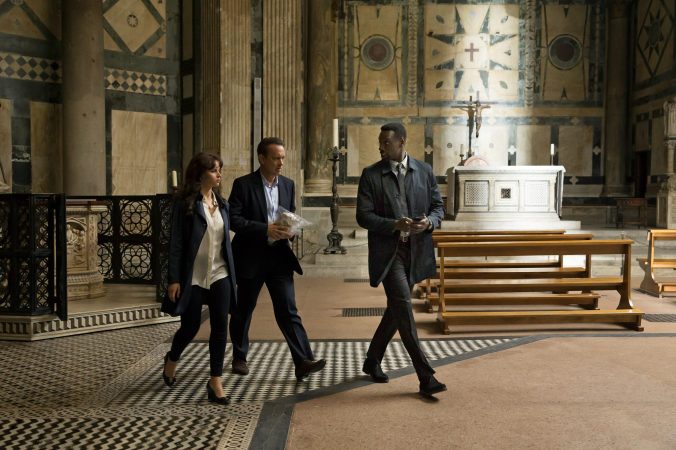 Where the film succeeds is as a travelogue. Brown may not be a particularly gifted novelist, but he does pick locations with a beguiling air of long-standing history and splendour to them. Director of Photography Salvatore Totino showcases Florence, Venice and Istanbul in all their glory. A chase sequence in which Langdon and Brooks are pursued by a police drone through the Boboli Gardens isn’t the nail-biter it could’ve been, but the climactic set-piece makes marvellous use of the cavernous Basilica Cistern. Don’t expect to gain any particular insight into the overpopulation crisis or an alternative solution that doesn’t involve genocide. It’s a topic that’s worthy of in-depth discussion, but here, it’s little more than the motivation for a Bond villain. Some of the visuals depicting the various circles of hell as witnessed by Langdon in his hallucinations come off as slightly goofy rather than unnerving. 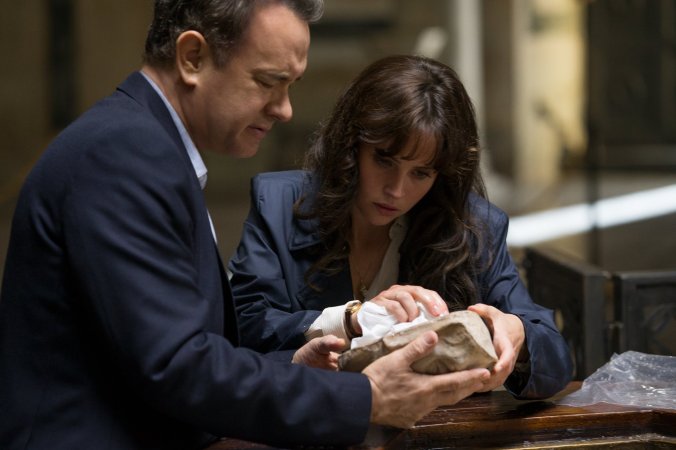 Hanks is the definition of a dependable performer, but this reviewer still isn’t quite convinced that he’s the best fit for the character of Robert Langdon. Perhaps Hanks is more affable everyman than tweedy professor. For nearly the entire duration of the film, Langdon is disoriented and out-of-sorts, struggling to recall events that occurred before he wound up in the hospital. A bedraggled, confused Hanks isn’t particularly fun to watch, but it helps that we’re dropped into the thick of the mystery, giving the audience the illusion that we’re piecing things together alongside our hero. 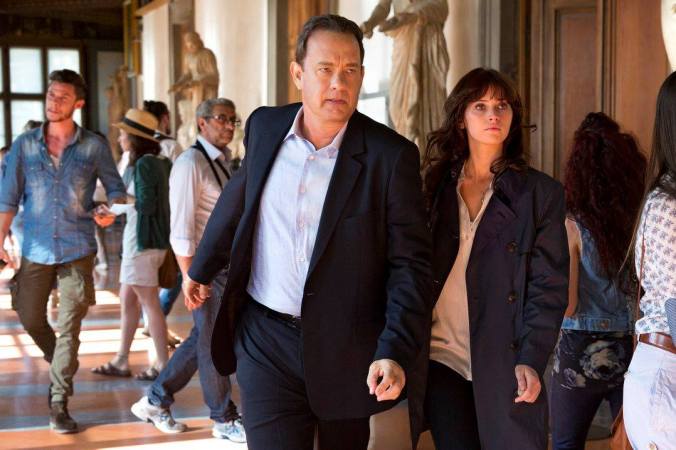 The supporting characters in the Robert Langdon stories mostly exist as plot devices as opposed to actual characters, with each tale featuring a gallery of red herrings. Jones follows in the ‘Langdon ladies’ footsteps of Audrey Tautou and Ayelet Zurer. While she is convincing as an intelligent woman, Brooks’ staggering achievements (child prodigy, marathoner, humanitarian, literary scholar) seem very Hollywood-ish and border on self-parody. Foster mostly appears via video messages and TED talk-esque presentations, but it is a neat structural twist that the primary antagonist is absent for the majority of the film. 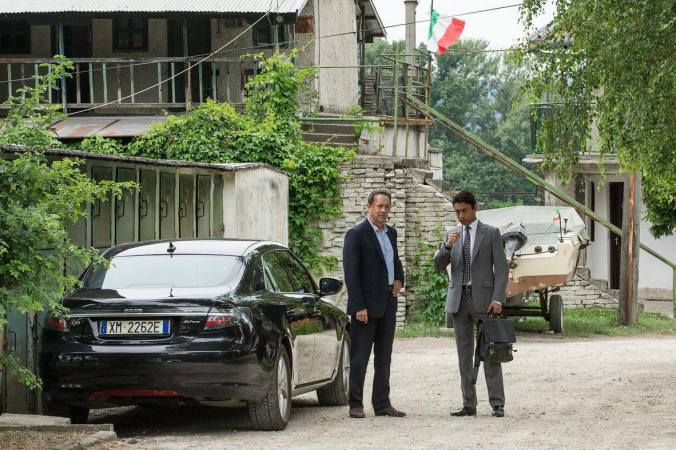 Sy runs around clenching his teeth, his character fitting the dogged Inspector Javert stock type to a tee. Khan steals the show, essaying Sims’ analytical nature and amorality while still imbuing the character with considerable charisma. The film doesn’t delve into the inner workings of the Consortium as much as this reviewer would’ve liked, but its depiction of a powerful, shadowy organisation hired to pull any number of strings is somewhat plausible. Knudsen doesn’t get too much screen time, but does strike a balance between sternness and warmth in her portrayal of Sinskey. 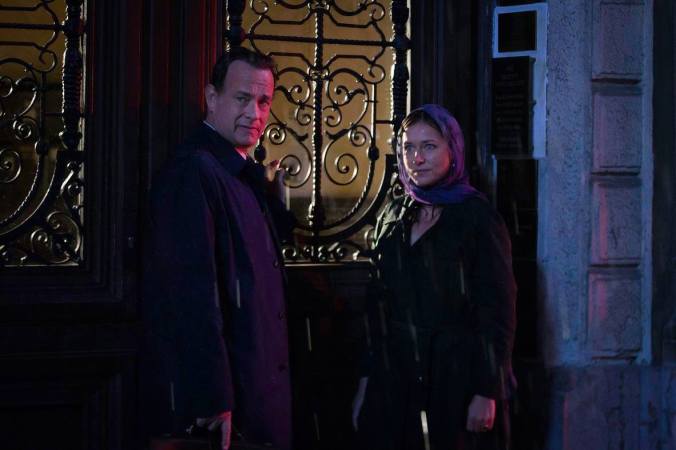 Inferno may not be as searing as its name suggests, but there’s still entertainment to be derived from the Amazing Race-style obstacles Langdon has to navigate. The big reveal is as silly as one expects, but it does lead to a frenzied, competently-orchestrated finale. And as far as cinematic tour guides go, one could definitely do worse than Tom Hanks.

Summary: It has the veneer of learnedness rather than actually being smart, but Inferno does have its entertaining moments and shows off some quality globe-trotting.