If Katniss Everdeen is the ‘Girl on Fire’, then Ringo Lam is the ‘Man on Fire’ – or at least, he shares that title with Denzel Washington and Scott Glenn. The director of City on Fire, School on Fire, and Prison on Fire I and II has set his sights skywards with this action thriller.

At the futuristic medical facility Sky One, researcher Ko Yuk (Zhang Jingchu) is developing a cure for cancer from ‘ex-stem cells’. Five years earlier, Ko Yuk’s mentor Professor Poon died in a mysterious fire, and Poon’s notebook containing his research perished with him. Ko Yuk was rescued by security guard Chong Tin-Po (Wu), who is now Sky One’s chief of security. Ko Yuk’s husband Tong Wing-Cheung (Fan) is an avaricious businessman whose only priority is turning a profit. Jia-Jia (Chang) and his adoptive sister Jen (Kuo) arrive from Taiwan, in the hopes of treating Jen’s late-stage cancer. They find themselves drawn into the fray as Chi-man (Zhang Ruoyun), Poon’s son, stages a heist to steal the ex-stem cell cure in the hopes of getting to the bottom of his father’s death. As Tin-Po unearths evidence of his boss’ corruption, the security chief must decide where his loyalties lie.

Lam is among the most influential action film directors to emerge from Hong Kong, coming into his own alongside peers like John Woo, Johnnie To and Tsui Hark. Sky on Fire is written, directed and produced by Lam, who has set out to make an action thriller with some depth to it. Besides reminding viewers of Lam’s earlier work, the title ‘Sky on Fire’ is also more evocative than the originally mooted ‘Battle of Life’.

Despite Lam’s prowess at staging action, Sky on Fire comes off as clumsy and needlessly convoluted. Instead of being emotionally impactful, the multiple characters whose relatives are dying or who have died from terminal illness make the plot melodramatic. There is an attempt at character development, but the film spends most of its time going in circles. It’s not suspenseful, since there isn’t much mystery to the circumstances surrounding Professor Poon’s death. Its plot point of unscrupulous businessmen profiting off ailing hospital patients is heavy-handed and provides no insightful commentary. 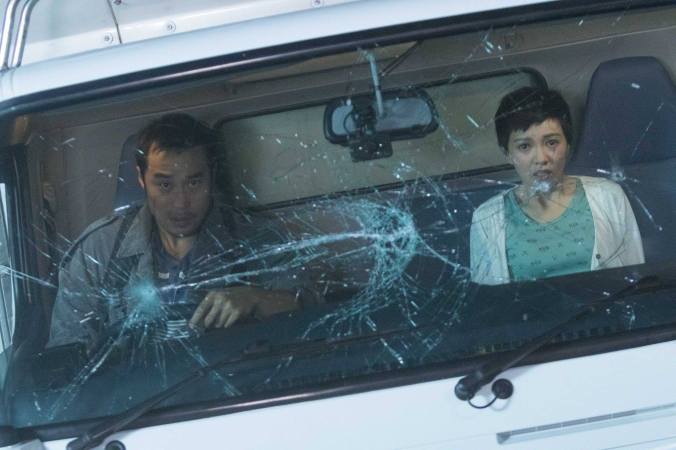 Sky on Fire is not lacking in action, and all the vehicular collisions are satisfyingly crunchy – never mind that not a single air bag is deployed. The visual effects work only gets totally ridiculous during the film’s bombastic finale, and for the most part, the stunts are tactile. When this reviewer heard about Sky on Fire’s premise, he expected “Die Hard in a high-tech hospital”. Sky on Fire would’ve benefitted from a more focused approach, and containing the bulk of the action in or around the Sky One tower would’ve been a fun logistical challenge to see Lam tackle. As it stands, the Sky One citadel isn’t enough of a character unto itself, and it’s frustrating to watch the film drift off when its supposed anchor is right there. Thankfully, the medical techno-babble is kept to a minimum. 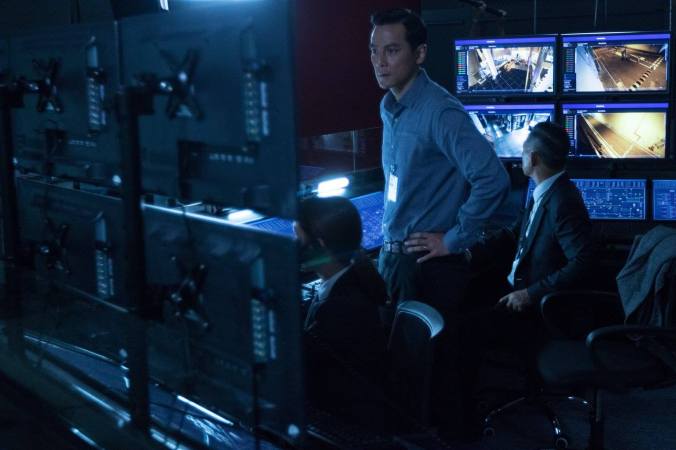 Lam puts effort into giving the characters dimensions, but he struggles to keep his grip on the narrative. Wu is earnest and intense, delivering the action hero goods without coming off as laughably over-the-top. Wu’s performance further cements this reviewer’s opinion that the actor should be a much bigger deal in Hollywood, and is among the Asian movie stars best suited to staging a full-on crossover.

As the scientist at the end of her rope, tussling with the dreaded realisation that all her work might be for nought, Zhang Jingchu gives the film a good amount of heart. Chang and Kuo are believable as affectionate siblings who would go to the ends of the earth for each other, even if their subplot is unnecessarily maudlin. Zhang Ruoyun makes a valiant attempt to prove he’s more than a pretty face, playing a satisfyingly complex character. Alas, Fan’s villainous character is too cartoony to pose a significant threat, his over-the-top performance undermining Tong’s despicable actions.

Sky on Fire’s needlessly overwrought plotting robs the film of its potential for punchy, nail-biting thrills. Several appropriately incendiary sequences are an arsonist’s wet dream, but there are almost as many phony CGI flames as there are real ones. We know this might sound over-sensitive, but the imagery of a skyscraper engulfed in fire does reek of an exploitative invoking of 9/11, at odds with Lam’s righteous indignation at the injustice of the rich exploiting the poor. If more of the movie were dedicated to the break-in and the Sky One tower was better utilised as a setting for the action to unfold against, Sky on Fire might’ve had more of a kick.

Summary: While the performances are largely solid and there’s enough action, Sky on Fire’s heavy-handed themes and scattershot execution leave it feeling lukewarm at best.