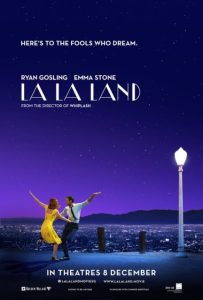 If you’re looking to have stars in your eyes, a spring in your step and a song in your heart, boy, does writer-director Damien Chazelle have a show for you. This romantic musical comedy-drama is set in present day L.A., where we meet jazz pianist Sebastian (Gosling) and aspiring actress/playwright Mia (Stone). Sebastian and Mia have been chasing their dreams to little success: Mia works as a barista in a café on the Warner Bros. studio lot in between unsuccessful auditions, while Sebastian plays humiliating cocktail party gigs. After meeting and falling in love, Mia and Sebastian push each other to chase their dreams. Success comes knocking when Keith (Legend), Sebastian’s former classmate, offers Sebastian a gig with his new band, just as Mia begins writing a one-woman play. Will love survive in the City of Angels, a place that takes more than it gives?

In a pop culture landscape overdosed on nostalgia, referring to something as “a love letter to X” has inadvertently become a warning. La La Land proves it is possible to create a loving homage that doesn’t drown in schmaltz, with Chazelle’s own sensibilities as evident as his influences. Present-day Los Angeles isn’t exactly the most romantic city in the world, but Chazelle hones in on and amplifies its charms. It isn’t a fairy tale setting per se, but the injection of magic in just the right amounts makes La La Land an enchanting film. 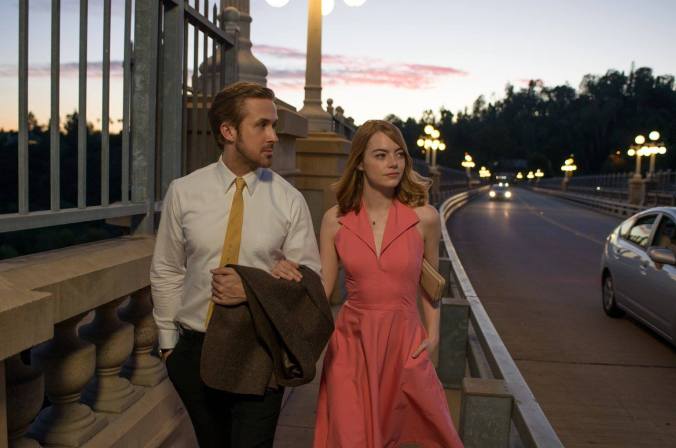 Linus Sandgren’s cinematography paints L.A. in vivid, inviting hues, the fuchsia skies looking like a cake one could cut into.  The film’s deliberate use of colour is refreshing and eye-catching. Mandy Moore (no, not that one) provides choreography that is a finely-executed throwback to the days of Busby Berkeley. Every last one of the songs, with music by Justin Hurwitz and lyrics by Benj Pasek and Justin Paul, is a shoo-in for an Oscar. Just try not tearing up on hearing Audition (The Fools Who Dream).

The opening number, edited to look like a continuous shot in which dancers leap over car doors in the middle of a traffic jam on a freeway, is a technical accomplishment and is joyously cheesy. However, it’s clear that La La Land isn’t a cheery Pollyanna fantasy musical. No, the sun might not come out tomorrow, the fact that it’s southern California notwithstanding. La La Land astutely captures the struggles of an artist climbing the Tinseltown ladder, without swinging to either extreme of self-pity or glibness. Chazelle experiments by letting the worlds of an all-singing, all-dancing Studio-era frothiness and real life collide. Despite its slick visual stylings and deliberate moments of artifice, La La Land’s blend of sincerity tempered with cynicism is resonant and heartfelt. 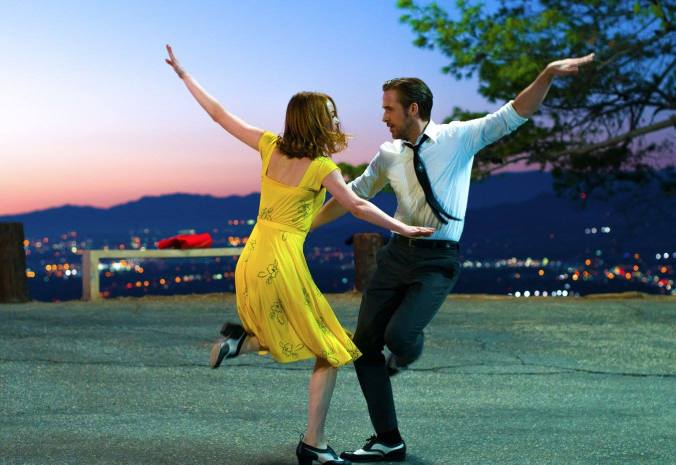 La La Land’s genesis can be traced back to Guy and Madeline on a Park Bench, which Chazelle made with Hurwitz as a senior thesis film at Harvard University. Chazelle, known for Whiplash, is a drummer himself, and has followed that film up with a vastly different take on the life of a musician. La La Land’s starry-eyed reminiscence is mesmerizing rather than bloated and self-indulgent, and Chazelle consciously avoids making things too ‘inside baseball’. There’s just the right amount of showbiz satire: for example, a screenwriter (played by actual screenwriter Jason Fuchs) introduces himself with “I have a knack for world-building”, and pitches his idea for a franchise – “Goldilocks and the Three Bears, but from the perspective of the bears”.

The film was originally set to star Miles Teller and Emma Watson, but we have a difficult time picturing them as a better pair than the leading couple we wound up with. Chazelle said Gosling and Stone “feel like the closest thing that we have right now to an old Hollywood couple”, comparing them to Spencer Tracy and Katherine Hepburn or Fred Astaire and Ginger Rogers. After watching La La Land, we’re inclined to think that’s not hyperbole. Gosling and Stone displayed effervescent chemistry in Crazy, Stupid, Love and Gangster Squad, and watching them sing and dance their way through an old-school movie musical is an utter delight. 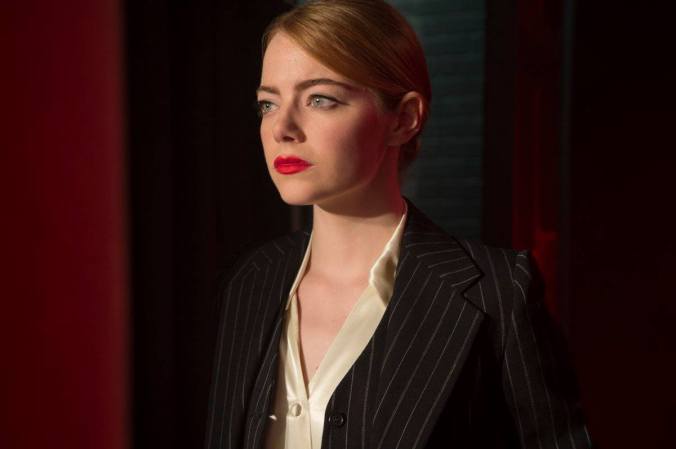 While we’ve seen the archetype of a struggling actress slogging through audition after audition in nigh-futile hope of her big break, Stone’s energy and comic sensibilities make Mia more than the “girl in Hollywood with a suitcase of dreams” cliché. Early on, Stone performs the group number Someone in the Crowd with Callie Hernandez, Sonoya Mizuno and Jessica Rothe, who play Mia’s housemates. At this point, Mia is disillusioned but not broken. The personal odyssey she embarks on and the effect that her relationship with Sebastian has on her artistic journey quickly draws the viewer in.

Gosling’s Sebastian is a jazz snob, thumbing his nose as what he perceives as perversions of the art form. “How are you going to be a revolutionary if you’re such a traditionalist?” Sebastian’s bandmate Keith chides. “You’re holding onto the past, but jazz is about the future.” If anyone can make crotchety sexy, it’s Gosling. There’s a roguishness that spices up his usual boyishness, and many a woman will melt at seeing Gosling tinkle the ivories. While composer, orchestrator and keyboard player Randy Kerber performed the piano pieces for the film, Gosling took intensive piano lessons and could play all the pieces by heart, without the need for a hand double or CGI replacements. Gosling’s singing voice isn’t particularly pretty, so phew, he isn’t perfect – but it does seem to fit the character. 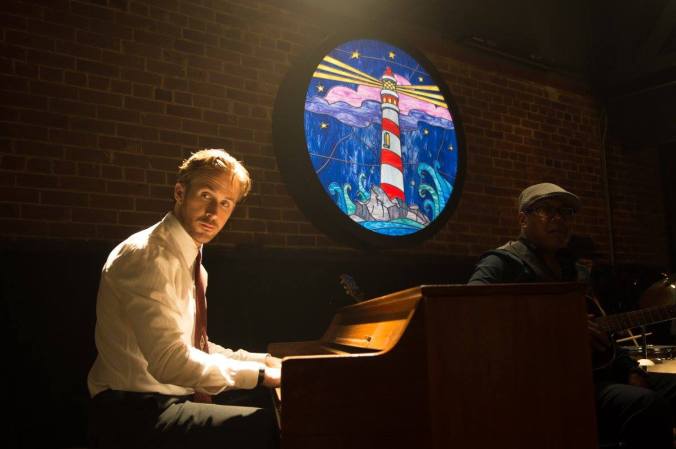 La La Land is as much a soaring, uplifting experience as it is an aching one. Big, brash Hollywood musicals with their hundreds-strong dance ensembles are not known for measured subtlety, but La La Land is infused with surprising, profound nuance. Ambitious and indelible, Chazelle harnesses his nostalgia for classic movie musicals while steering clear of gooey sentimentality. Gorgeous imagery, memorable tunes and perfectly-matched leads make La La Land a transcendent achievement.