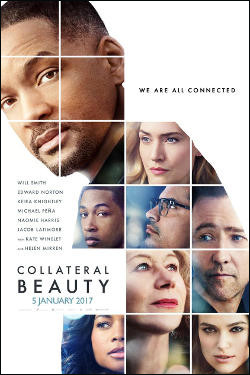 “Will Smith wants an Oscar.” That’s what we were thinking on first hearing about this film, and that’s what you probably were thinking too. Is this cynicism warranted? Let’s find out if beauty is, as they say, skin-deep.

Smith plays Howard Inlet, a successful New York advertising executive whose life has taken a downward spiral after the death of his six-year-old daughter. His estranged friends and partners at the advertising firm, Whit Yardsham (Edward Norton), Claire Wilson (Kate Winslet), and Simon Scott (Michael Peña), attempt an intervention out of concern for Howard’s well-being and the company’s future. They hire private investigator Sally Price (Dowd), who discovers that Howard has been writing letters to the abstract concepts of ‘love’, ‘time’ and ‘death’ as a therapeutic outlet. Whit, Claire and Simon engage the services of Love (Knightley), Time (Latimore) and Death (Mirren) themselves – we’ll get into the mechanics of this in the spoiler section below. Howard doesn’t know what to make of these encounters with the supposedly supernatural entities. In the meantime, he tries working up the courage to attend a support group for bereaved parents, led by Madeleine (Harris), who lost her daughter to cancer, leading to the dissolution of her marriage. 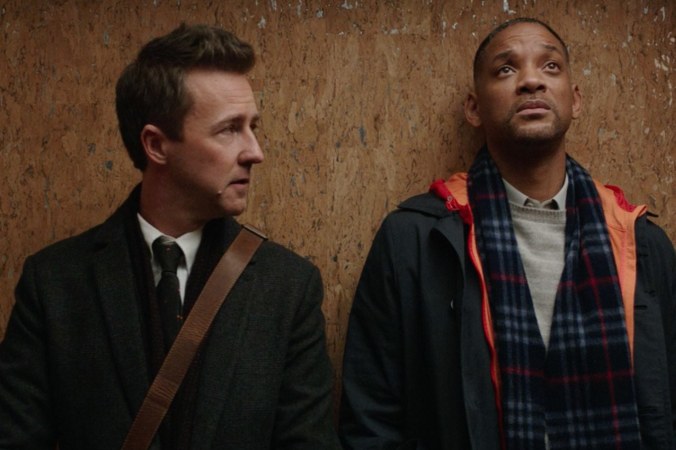 Collateral Beauty has been roundly savaged by critics, with the consensus being that it’s overly sentimental, melodramatic, hokey and that its brand of inspiration will appeal to the ‘unwashed masses’. We aren’t saying that there’s no truth to this, but it needs to be contextualised. The hostility that Collateral Beauty has been met with can be partially attributed to its awards season-timed release and its big-name cast. If this were a stage play, or maybe a French film, it likely would’ve enjoyed a warmer reception. Collateral Beauty’s depiction of grief and healing might strike many as patronising and vaguely insulting, yet there are glimmers of profundity buried within. We’d hesitate to call this “original” seeing how it’s built on the template of A Christmas Carol/It’s a Wonderful Life. However, there’s an element of risk to a big studio putting out a drama with a premise that requires such a leap of faith to buy. 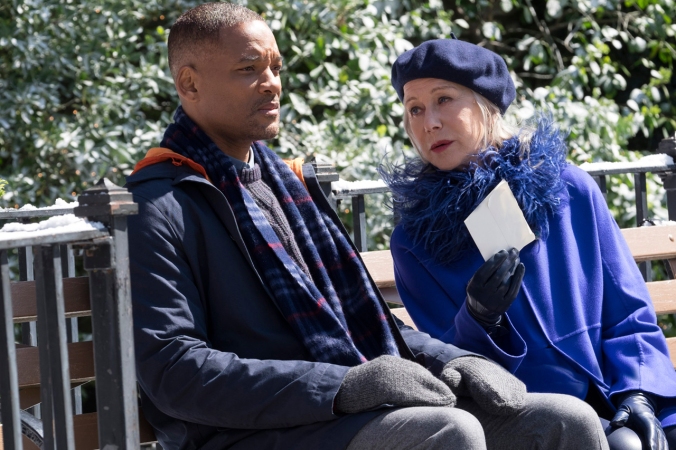 Director David Frankel, best known for helming The Devil Wears Prada, stepped in after Alfonso Gomez-Rejon departed the project. His direction is largely competent and while the New York setting is familiar to anyone who’s seen a handful of American films, Maryse Alberti’s cinematography is inviting and sometimes even lyrical. The screenplay is written by Allan Loeb, whose credits include such mediocre romantic-comedies as The Dilemma, Just Go with It, Here Comes the Boom and the straight-to-DVD Miley Cyrus-starrer So Undercover. Some of the dialogue in Collateral Beauty is clunky, and the string of reveals in the closing minutes comes off as cheap, but we will argue that as inelegant as it is, there’s some wit and heart to the overarching concept.

It’s safe to say that whatever works in Collateral Beauty works because of the actors more than anything else. This is as solid an ensemble as one can get – nearly everyone has prestige pic cred, but on top of that, there are certain choices that are truly inspired. Surprisingly, Smith isn’t in this as much as one is led to believe. While he does affect an exaggerated pained look in several scenes, the casting works because Smith’s persona is one of charisma and exuberance, so seeing him sullen and grieving does make us miss the ‘default’ Smith.

Norton is slimy and unlikeable, and we’re not sure how intentional that is. Whit is meant to be Howard’s best friend, but it seems that most of his decision are financially motivated. He also hits on Love quite aggressively, when she repeatedly rebuffs his advances. Winslet’s talents are largely wasted in a career woman role; there’s a bit of Claire’s back-story that is borderline sexist. Of the three ‘friends’, Peña is the most sympathetic, but the reason for this can be seen as another helping of tragedy in a movie that’s already drowning in it. The next paragraph deals with the characters of Love, Death and Time, and will contain spoilers, so be warned.

[SPOILER ALERT] This is revealed in the first act, but it’s something the trailer tries to obfuscate, so we’ll consider it a spoiler: Love, Death and Time are all portrayed by actors. Love is actually Aimee, Time is Raffi and Death is Brigitte, members of a small New York theatre troupe. Collateral Beauty does a surprisingly decent job of conveying an actor’s psyche, of the satisfaction that is derived from the pursuit of ‘truth’ and the balance between putting it all out there in the name of art, and drawing the line where ethics are concerned. Mirren handily walks away with the whole film, delivering an entertaining, engaging performance. Latimore, a promising young actor whom you might remember from The Maze Runner, is a good fit for the deliberately aggravating “millennial-on-edge” persona chosen for Time. Of the three, Knightley gets the short shrift, but her performance is still a safe distance from terrible. [END SPOILER] 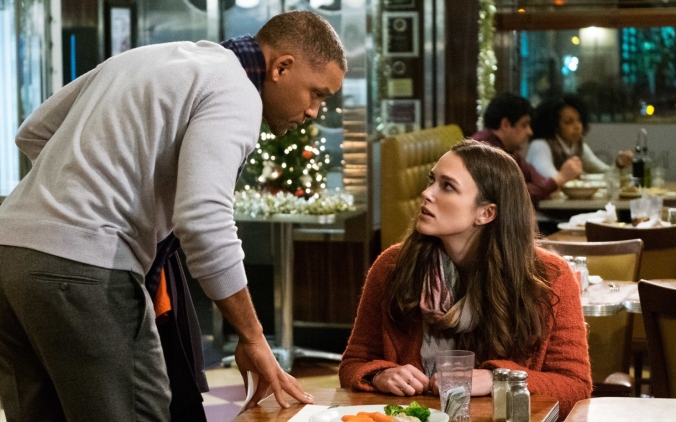 In the film, Simon has a young son named Oscar, which is the closest Collateral Beauty get to anything named “Oscar”. Standard film critic snarkiness aside, everyone deals with grief differently, and perhaps it helps to look at Collateral Beauty not as an instruction manual but as an interesting-if-flawed arthouse approach to the subject. Are there morally objectionable actions being passed off as uplift? Yes. But would we go far as to call it repulsive? No. Its execution does leave something to be desired, but we think this is not quite as worthless as the bulk of reviewers are making it out to be.

Summary: Collateral Beauty has a premise that’s as intriguing as it is problematic and while a significant portion of its talent is wasted, there are commendable performances here too.