Singapore’s political detainees, arrested under the Internal Security Act for allegedly conducting pro-Communist activities in the 60s, are talked about in hushed tones when they’re discussed at all. It’s a particularly touchy aspect of our country’s history that is often misunderstood, with high-profile documentary and narrative films on the subject being banned in Singapore.

This drama centres on Lim Soon Wen (Chen), a fictional political detainee who was arrested on suspicion of being a Communist. Decades later, Wen is released, and returns to his family. While his daughter Mei (Tan Beng Chiak) is overjoyed to see her father again, Wen’s son Tien (Tee) harbours resentment towards his father, as Wen’s absence made it difficult for the family to eke out a living. In the intervening years, Wen’s wife Lian has passed away. Wen wanders the city, familiarising himself with a Singapore transformed. While Wen is ready to start anew, his past continues to haunt him, and he realises his decades-long struggle is still far from over.

The Return was selected to compete at the International Film Critics’ Week at the Venice Film Festival in 2015. The film has since been screened at film festivals in Singapore, Cairo, Hanoi, Luang Prabang and Kerala, and is now having a limited theatrical release at FilmGarde Bugis+. This is the feature film directorial debut of multi-disciplinary artist Green Zeng, who co-wrote the screenplay with his wife June Chua, who is also the film’s producer. Melancholic and contemplative, Zeng couches The Return as a family drama, with the politics remaining strictly in the background. The specifics of Wen’s detention and imprisonment are deliberately vague, and the film focuses instead on the emotional toll that the separation from his loved ones took on Wen and his family.

Several disorienting, eerie dream sequences convey that Wen might never be able to shake the trauma of his time as a political detainee. The film’s opening minutes contain one of the most elegant passage-of-time transitions we’ve seen. However, The Return is difficult to get into, and feels longer than its 83-minute running time. There isn’t much of a narrative drive, with a few dramatic incidents pushing the plot along. The film’s themes of longing and making up for lost time are moving, but Zeng’s restrained approach is a double-edged sword, preventing the film from reaching any emotional high points. 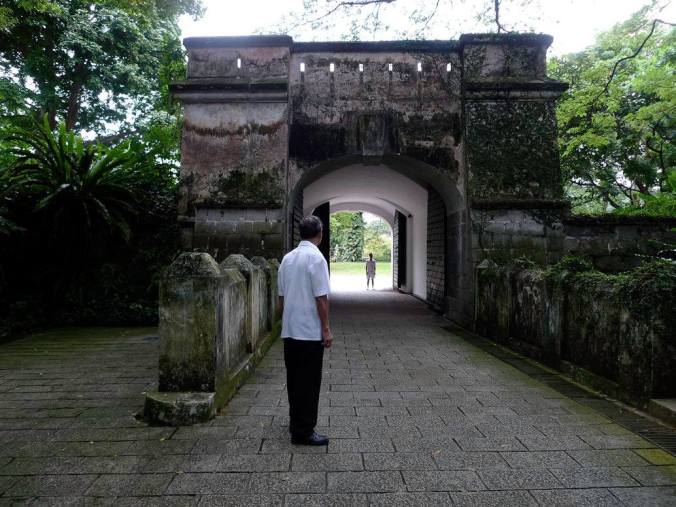 The Return is anchored by Chen Tianxiang’s quietly dignified performance. Chen, a veteran actor who began his career on Rediffusion radio plays, takes his first leading role in this film. Wen is caught in between the past and the present, fighting an ongoing battle to reconcile the two. We see modern-day Singapore through Wen’s eyes: in one scene, he looks upon the Fort Canning Tunnel, which the Old National Library Building was demolished to make way for. In another, he stands beneath the Nantah arch – the Chinese-educated students of Nanyang University made up a significant proportion of anti-government protesters in the 1960s.

The relationships between Wen and Mei and Wen and Tien are heart-rending in their own ways. Tien’s bitterness and scorn towards his father is somewhat justified, and while there are leaps in character development, Tien is sympathetic in his own way. While Chen is believable throughout, Tee and Tan Beng Chiak can be a little unconvincing during the film’s more dramatic moments.

A scene in which a documentary filmmaker (Eve Tan) interviews Wen about his release seems to exist primarily to deliver exposition. While at a convenience store, Wen and his young grandson stop to watch a TV news broadcast about the 2013 Little India Riot, the first riot in Singapore in over 40 years. This seems pretty on-the-nose. Despite the odd clumsy moment, The Return is an intimate, heartfelt tale that highlights the human cost of political detention while never courting controversy outright.

Summary: Most of the drama in The Return is internal rather than external, but its humanist perspective on sacrifice in the name of political ideals is quietly stirring.