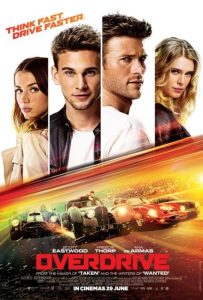 Given the rip-roaring success of the Fast and Furious franchise, it’s a given that other filmmakers would want to hop on that souped-up bandwagon. In the vein of Need for Speed and Collide is Overdrive, which to its credit isn’t even pretending that it isn’t a Fast and Furious knockoff – not that it deserves too much credit.

Andrew (Eastwood) and Garrett (Thorp) are half-brothers, and the world’s greatest car thieves. After a job in Marseille goes awry, they end up being targeted by ruthless crime lord Jacomo Morier (Abkarian). To get Jacomo to spare their lives, Andrew and Garrett agree to steal the priceless car collection of rival kingpin Max Klemp (Schick) for Jacomo. With only a week to put together a high-stakes heist, the brothers enlist the help of pickpocket and con artist Devin (Weiss), who is a friend of Andrew’s girlfriend Stephanie (De Armas). Andrew plans to propose to Stephanie and settle down, but Garrett is adamant that they continue being car thieves since they’re in their prime. Everything is riding on the biggest job of their career, as Andrew and Garrett must outfox the most dangerous criminal elements in Europe to stay alive. 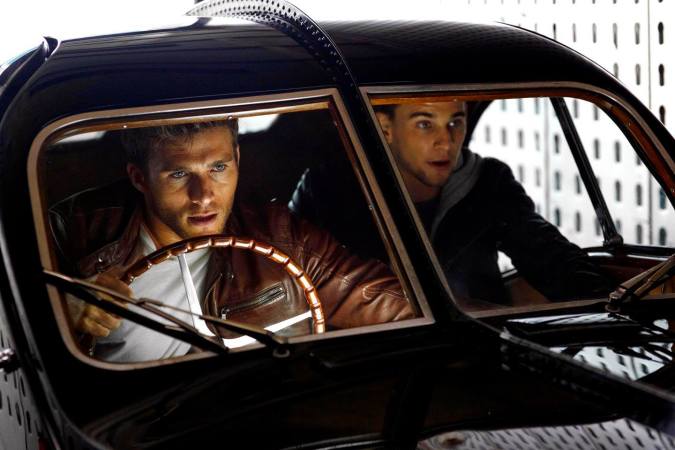 Overdrive is directed by Antonio Negret, who has directed episodes of Arrow, The Flash, Legends of Tomorrow, Scorpion and the MacGyver reboot. It’s written by Michael Brandt and Derek Haas, who penned 2 Fast 2 Furious, arguably the worst entry in the Fast and Furious series. Taken director Pierre Morel is on board as a producer, taking a leaf out of his mentor Luc Besson’s playbook by making a European action flick geared towards Hollywood sensibilities. Overdrive has been in development since 2011, with Karl Urban, Ben Barnes, Sam Claflin and Emilia Clarke all attached at some point or another. Instead, we end up with Scott Eastwood and Freddie Thorp. Oh well.

While it’s impossible not to view this as a bargain basement take on the Fast and Furious movies, the set pieces here really aren’t bad at all. We have a healthy number of collisions, flipping cars and explosions. The film’s climax also contains a fun sequence involving a collapsing bridge. Unfortunately, this is all bolted on to a painfully generic plot, with characters spouting excruciatingly unfunny dialogue, and the overall tone is self-satisfied rather than irreverent. The crew that is assembled for the ‘big job’ is neither distinctive nor memorable, and the big reveal is wont to inspire indifference. There are also only so many times audiences can be impressed by garage doors swinging open dramatically to reveal fancy cars. After all, one expects a garage to contain cars. If the garage doors had opened to reveal llamas, that would’ve been more interesting. 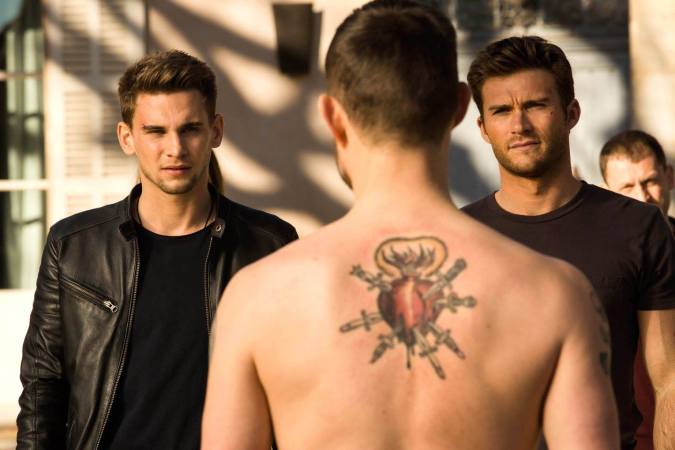 Eastwood, son of Clint, has earned his place in Hollywood as “budget Chris Evans”. Sure, he’s handsome, but is ultimately too cookie-cutter a leading man to make much of an impact. It is a little funny that he’s been cast in the actual Fast and Furious series, as an ersatz Paul Walker. The buddy dynamic between Eastwood and Thorp feels utterly forced. Thorp’s Garrett is supposed to be the witty fast-talker, but the character just ends up being annoying. Eastwood is American and Thorp is English; this is justified by having them be ‘half-brothers’, and leads into a particularly wince-inducing “brother from another mother” joke.

While De Armas seems poised to hit the big time with a starring role in Blade Runner 2049 later this year, she’s terrible here, playing the designated girlfriend who – you guessed it – gets caught in several ‘damsel in distress’ predicaments. Weiss’ Devin is meant to be seductive and wily, but she comes off as bland. Then we have the villains, wannabe Bond baddies if ever there were any – Abkarian even played the henchman Dimitrios in Casino Royale. 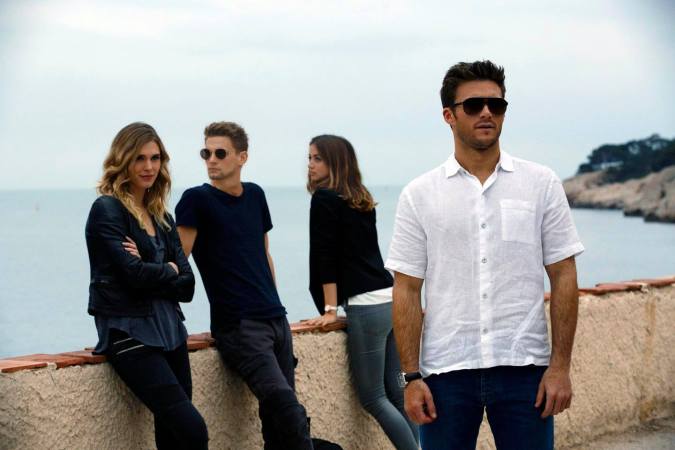 Negret displays a degree of style, employing several semi-clever transitions. For the first act, things move at a nice clip, then there’s that dreaded sagging midsection. Overdrive seems to know it’s not very smart, but just knowing that without doing anything with that self-awareness isn’t enough.

Summary: Bland acting, a generic plot and a smug vibe blow out the tires of what would otherwise be an entertaining if disposable action flick.