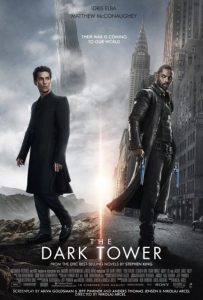 After ten years in various stages of development, Stephen King’s Dark Tower series finally arrives on the big screen. At the centre of the universe stands the titular structure, protecting various realms from entities that seek to tear the universe apart. On Mid-World, the evil sorcerer Walter Padick/The Man in Black (McConaughey), has been conducting experiments on gifted children, attempting to use their minds to bring down the tower. The Man in Black’s nemesis is Roland Deschain/The Gunslinger (Elba), the last living descendant of his world’s version of King Arthur. On earth, teenager Jake Chambers (Taylor) has been plagued with nightmares in which he sees Walter and Roland. Locating an abandoned house he sees in his dream, Jake steps through a portal and into Mid-World, accompanying Roland on his quest to defeat Walter and prevent the collapse of the universe. 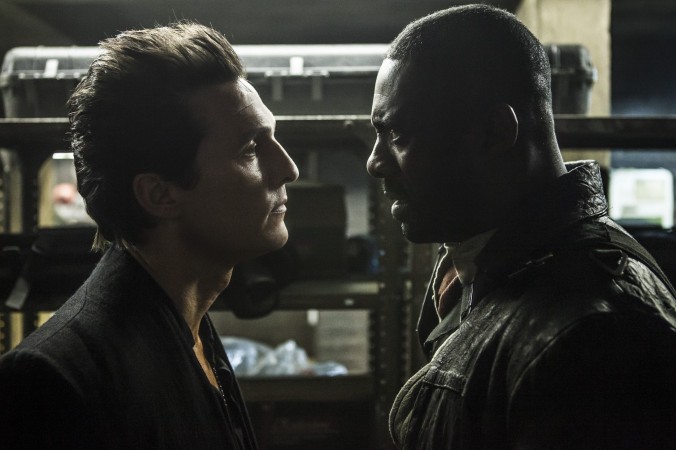 King’s series of eight books, with allusions to it scattered throughout his other works, has many devoted fans. This reviewer, being completely unfamiliar with the series, is not one of them. It must have been a challenge to adapt the series, which spans the genres of science-fantasy, western and horror, hence the succession of filmmakers who came and went. The approach with this is that it isn’t a straight adaptation, folding in elements from several books while also acting as kind of a sequel to them – we don’t fully understand the mechanics of that.

The resulting film is a serviceable fantasy adventure, but can’t help but feel underwhelming given the breadth of the source material. Director Nikolaj Arcel goes about the set-up with workmanlike efficiency, and the story isn’t difficult to follow at all. There’s just the nagging feeling that everything’s been condensed into its simplest form, and that the richness of the world that King has woven together is being sacrificed for something easier to digest. Visually, The Dark Tower isn’t too exciting, but the action sequences, especially Roland’s various reload tricks, are quite fun. 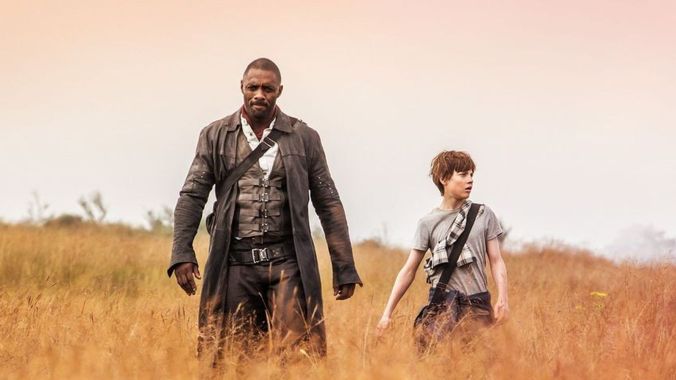 Actors including Viggo Mortensen, Javier Bardem and Russell Crowe have all been connected to the Roland Deschain role at some point. Elba is a fine choice for the part, cutting a heroic figure and possessing the stoic poise necessary to sell the character. There’s a strength and a grace to the way Elba moves, and he does have a larger-than-life quality to him. He just doesn’t have very much to do here, and even though Roland’s storied past is hinted at, the character feels a little flat. 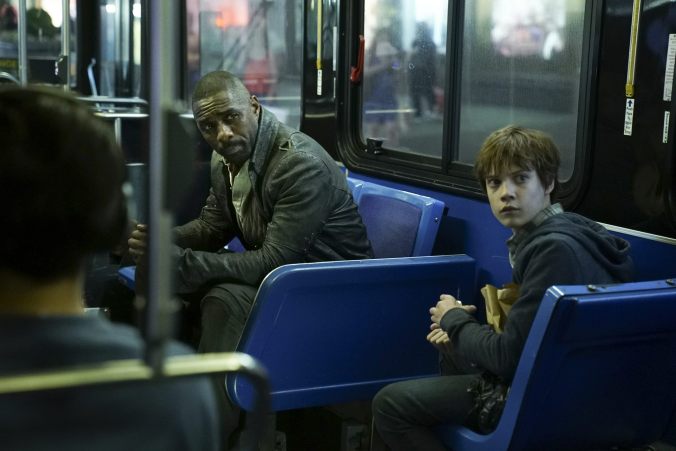 The relationship between Roland and Jake is apparently key to the books, but it doesn’t get too much development here. It makes sense that Jake, as the audience identification character, is given more emphasis, but it detracts from the inherently interesting Gunslinger and Man in Black characters. Taylor, a relative newcomer, does his best as the troubled character and is generally sympathetic throughout the film. Jake winds up being an extreme example of the ‘chosen one’ trope, and the handling of the character nudges The Dark Tower into Young Adult fiction territory. He must overcome tragedy, has fantastical abilities he must hone, and stumbles into an adventure in a magical world. While this approach is too generic, it gets the job done. 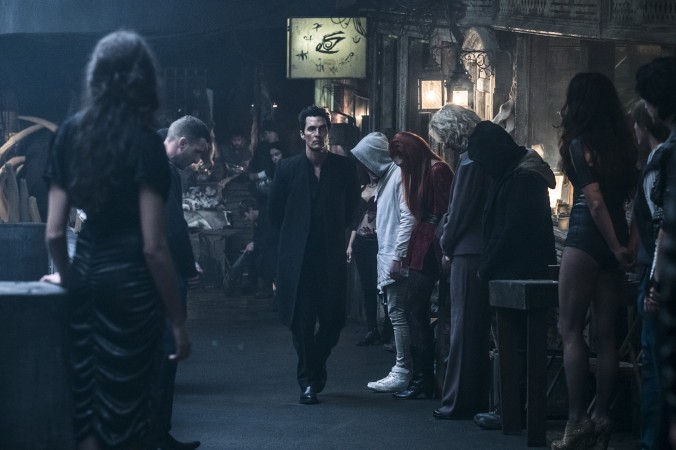 McConaughey has as much fun as he can with the role of the mercurial, wicked Man in Black. There’s a seductiveness to his brand of menace, and McConaughey practices enough restraint so that he does not chew the mostly drab scenery to pieces. When McConaughey and Elba are pitted against each other, the sparks don’t fly as fiercely and as wildly as one hopes they would. Just as with this iteration of Roland Deschain however, the Man in Black doesn’t feel as substantial a character as he should.

There will be a TV series planned to bridge this film and its sequel, which Arcel has promised will be more faithful to the books than this film is. The Dark Tower is meant to launch a ‘Connected KINGdom’ cinematic universe uniting all of Stephen King’s works, with Easter Eggs from It, The Shining, The Shawshank Redemption, Cujo, Christine and others hidden in the film. Given all this, The Dark Tower feels sufficiently self-contained, and doesn’t come off as merely a long trailer for what’s to follow. 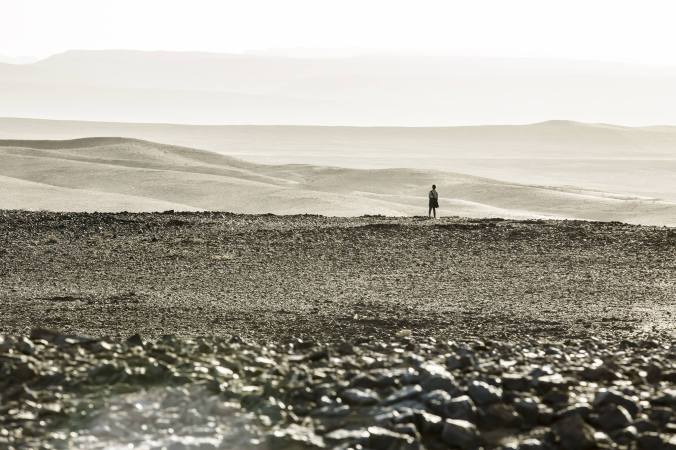 The Dark Tower is intermittently thrilling, sometimes entertaining, and runs a lean 95 minutes. It doesn’t have the feel of a sprawling epic, but that isn’t entirely a bad thing, since the audience isn’t overwhelmed with exposition-dumps and massive amounts of lore to process. However, it makes more of a dent than an impact, and isn’t especially memorable given the potential in its premise and the extent to which King has developed his universe. We’re far from the most qualified to judge how this stacks up against the source material, but we have a feeling that those who’ve been waiting a decade for a Dark Tower movie to materialise might feel indifferent if not disappointed.

Summary: The Dark Tower has charismatic leads and doesn’t twaddle in setting up its plot, but it comes off as generic and slight when it should be an absorbing epic.