Thor (Chris Hemsworth) and Bruce Banner/the Hulk (Mark Ruffalo) were absent from Captain America: Civil War. In this Marvel Cinematic Universe adventure, we learn of the travails these characters faced on the other-side of the universe.

After the events of Thor: The Dark World, Thor’s adoptive brother Loki (Tom Hiddleston) has taken the guise of their father Odin (Anthony Hopkins), ruling Asgard as a vainglorious charlatan king. Loki’s lack of leadership has left Asgard vulnerable to attack from Hela (Cate Blanchett), the goddess of death who has come to claim what she believes is rightfully hers.

In the aftermath of a struggle against Hela, Thor and Loki find themselves stranded on the planet Sakaar. Thor, without his trusty hammer Mjolnir, is forced to fight in a gladiatorial arena for the amusement of Sakaar’s ruler, the eccentric Grandmaster (Jeff Goldblum). Thor realises that his opponent is the Hulk, who has been on Sakaar fighting as the Grandmaster’s champion for the last two years. Thor must convince his fellow Avenger to help him on his quest to defeat Hela and save Asgard. Joining Thor, Loki and the Hulk is Valkyrie (Tessa Thompson), formerly a member of an elite Asgardian fighting force who has become a bounty hunter in the Grandmaster’s employ. Back on Asgard, Heimdall (Idris Elba), the guardian of the Bifrost bridge, has disappeared into the woods, trying to save as many Asgardians as he can from Hela’s wrath. In facing off against the goddess of death, our heroes must prevent Ragnarok, the end of days, from coming to pass.

Thor: Ragnarok is directed by New Zealand filmmaker Taika Waititi, continuing the MCU’s penchant for unconventional director choices. This movie looked from the trailers like it was going to be a whole lot of fun, and it is. However, perhaps the end of days shouldn’t be “a whole lot of fun” – or at least, be something more than that. The MCU has sometimes gotten flack for being a little too flippant and quippy in its tone, at the expense of meaningful drama. The two MCU films we’ve gotten earlier this year, Guardians of the Galaxy: Vol. 2 and Spider-Man: Homecoming, packed in plenty of humour, but also had genuine heart when it counted the most. Thor: Ragnarok does not fare as well as those films in this regard.

Despite its tonal issues, there is no denying that Thor: Ragnarok is supremely entertaining. There is never a dull moment and the film delivers all the dazzling, meticulously-rendered visual effects spectacle we’ve come to expect from this franchise. This is by far the biggest film Waititi has made, and with the production support built into Marvel Studios, he acquits himself admirably. The central throw down between Thor and Hulk in the Grandmaster’s arena is well choreographed, and the colourful, eye-popping design of Sakaar is a nice homage to artist Jack Kirby.

Thor: Ragnarok might be too funny for its own good, but the central cast displays excellent comic timing. Hemsworth is easily the most likeable he’s ever been in the role, playing a character who is put through the wringer, but doesn’t lose his boyish enthusiasm and charm. He also spends the entire movie showing off his truly impressive biceps, and yes, there’s a requisite shirtless scene.

While Hiddleston is a delight as Loki, it’s easy to lose sight of exactly how much damage he’s done over the course of previous films, even when those events are name-checked. He’s a trickster, but he’s also dangerous, and that latter element seems to get lost in the shuffle.

Spider-Man: Homecoming’s Vulture turned out to be one of the best MCU villains thus far. Unfortunately, Hela emerges as a far more formulaic antagonist. This reviewer was really looking forward to seeing what an actress of Blanchett’s stature would do with the role, but there really isn’t much more to the character than strutting about and smirking seductively. Hela plainly states her motivations in an expository speech, and while there are ample displays of how formidable she is, the threat never truly takes hold – especially since so much of the film is spent away from Asgard. 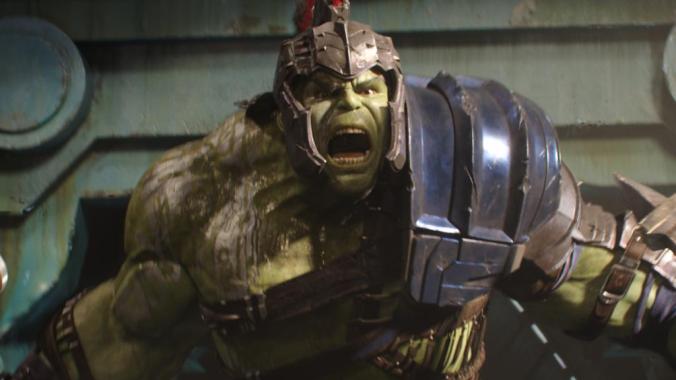 Hulk’s depiction in this film represents an evolution in the right direction – he’s now slightly more articulate, when previously all he was capable of was roaring and grunting. While the dynamic that develops between Thor and the Hulk is interesting and amusing, there’s the niggling sense that elements of the Planet Hulk story arc from the comics have been shoehorned into this film. A standalone film based on Planet Hulk might have worked better, that is indeed what Ruffalo wanted, but rights issues prevented that from happening. 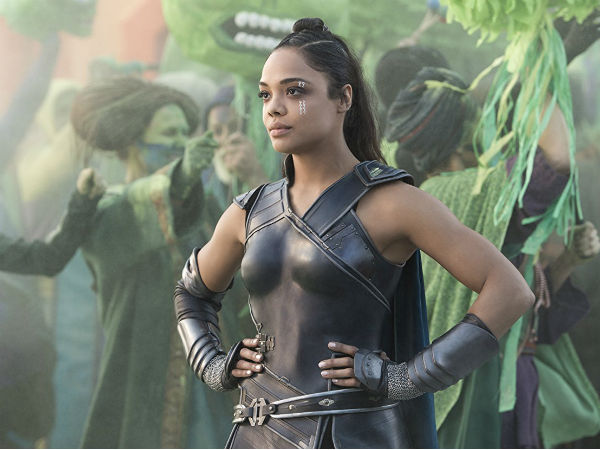 While Thompson doesn’t physically resemble Valkyrie as the character is often drawn in the comics, she has the swagger to pull off the character as written and looks to be enjoying herself in the role. This is a warrior who’s one of the dudes, but who is suppressing pain from her past. She’s pretty much any given Michelle Rodriguez character. 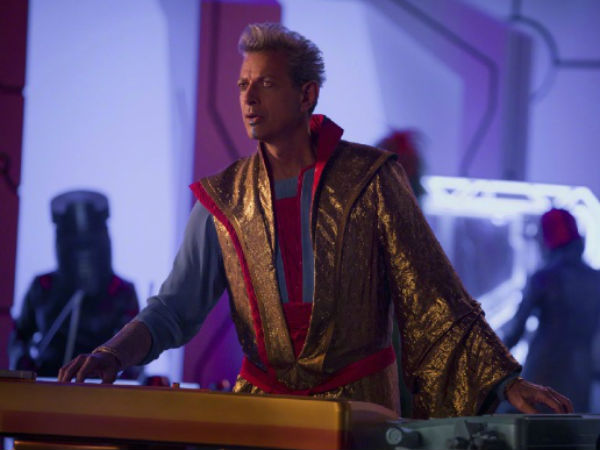 Goldblum is basically playing himself, but as a hedonistic Elder of the Universe. It’s an entertaining performance, but Goldblum never disappears into the role, and doesn’t register as someone you wouldn’t want to cross.

There is one scene in the film in which a phalanx of Valkyries, astride their winged horses, charge into battle against Hela. It’s a beautiful, awe-inspiring tableau that recalls the paintings of Gustave Doré. Alas, this is but a tiny part of Thor: Ragnarok. This is not a bad film, far from it, but it just doesn’t feel like a Thor film. It feels like a Guardians of the Galaxy movie that Thor happens to be in. Where previous MCU movies have balanced the humour with drama and emotion, the jokes here undercut the desired end-of-the-world stakes. That’s not to say Thor: Ragnarok isn’t an exceedingly enjoyable time, but it could’ve been more than that.