THE MAN WHO INVENTED CHRISTMAS

Charles Dickens’ novel A Christmas Carol has become a cultural touchstone, and imagery from the story is a part of Christmas decorations all over the world. The novel has also spawned numerous film adaptations. Rather than being yet another one of those, this film attempts to take audiences into Dickens’ mind as he was writing the novel.

It is 1843, and Dickens (Dan Stevens) is having a professional slump. While Oliver Twist was a massive success, his last three books have been deemed commercial failures. When his publishers press him for a new book, Dickens goes about devising a parable set during Christmas, about a miserly old man named Ebenezer Scrooge (Christopher Plummer). Dickens’ wife Kate (Morfydd Clark) and his friend John Forster (Justin Edwards) must contend with his mood swings as he attempts to rush out the book in time for Christmas.

Dickens has imaginary interactions with the characters of the book, including Scrooge, who takes delight in mocking him and wearing him down. Dickens realises that he must address the long-festering wound that is the resentment he holds towards his father John (Jonathan Pryce), whom Dickens blames for sending him off to work in a factory as a young boy. As he frantically searches for a satisfying ending to the book, Dickens must exorcise the ghosts that have haunted him all his life.

The Man Who Invented Christmas is based on the book of the same name by historian and author Lee Standiford, subtitled ‘How Charles Dickens’s A Christmas Carol Rescued His Career and Revived Our Holiday Spirits’. On the surface, this looks like a delightful Christmastime confection, light-hearted and aimed squarely at Anglophiles. However, director Bharat Nalluri and writer Susan Coyne try their utmost to keep the film from being overly treacly or sentimental, and attempt to delve into the author’s psyche.

There are some interesting devices at play here: the story takes on a Shakespeare in Love-type tone, revealing the inspirations that Dickens drew upon. While it wants to be light-hearted, quirky and charming in an old-fashioned way, the film also wants to depict the obsessed, ‘tortured artist’ side of Dickens. There is some of the frothy approach that Nalluri took with the underrated Miss Pettigrew Lives for a Day, but that is at odds with the Victorian grimness inherent in Dickens’ own backstory. 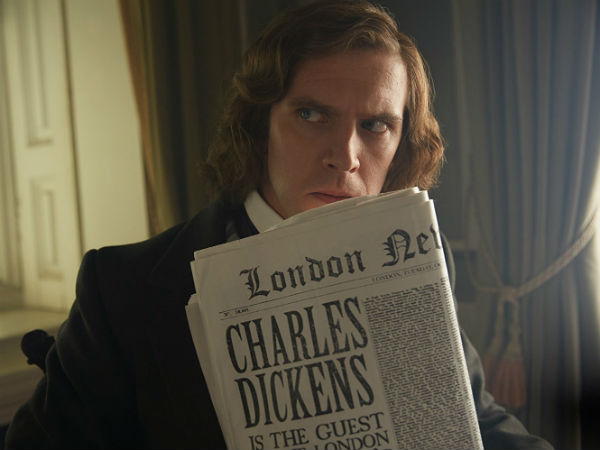 2017 has been a banner year for Dan Stevens, who has starred in films like Beauty and the Beast and the TV series Legion. Stevens’ energetic portrayal of Dickens brims with manic energy, but the actor does look like he’s constantly searching for the pain that has been brewing in the author’s soul. The film provides a somewhat compelling portrait of the creative process, and the relationship an author can have with his characters – they may seem like figments of the imagination to everyone else, but to Dickens, they are as real as can be. 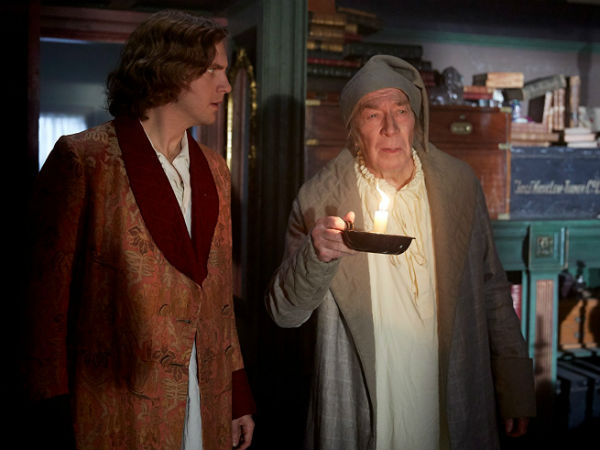 Plummer is an elder statesman of the acting profession, and join the ranks of many talented actors who have played the curmudgeonly, miserly Scrooge. Scrooge functions as a manifestation of Dickens’ own doubts and insecurities, and the back-and-forth between author and character can be fun to watch. Plummer plays the role with restraint, nibbling at the scenery rather than chewing it outright. 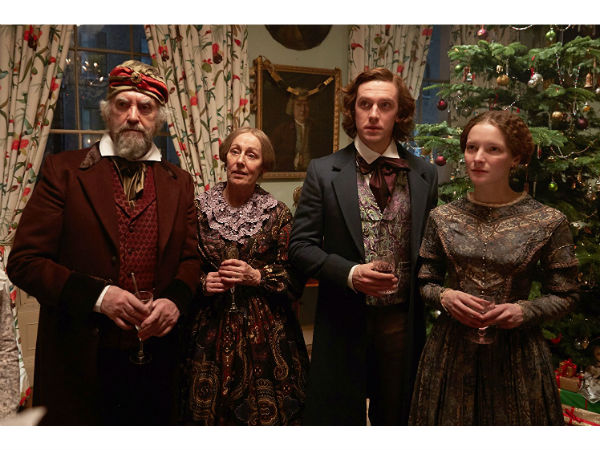 Jonathan Pryce is a talented, often entertaining actor, but the relationship between Dickens and his somewhat-irresponsible father is quite underdeveloped. This thread seems to be the most interesting, but isn’t given enough attention.

Justin Edwards is likeable as Dickens’ friend and eventual biographer, who serves as the physical model for the jolly Ghost of Christmas Present. Morfydd Clark doesn’t get too much to do as Dickens’ long-suffering wife, but Anna Murphy’s bright-eyed maid character Tara adds a dash of innocence and optimism.

The Man Who Invented Christmas will appeal to avid readers of Dickens’ work and the author’s interactions with his own characters differentiate this from your run-of-the-mill biopic, but the film isn’t as wholly charming as it could’ve been. Because of its tonal confusion, it’s hard to fully get into, and rarely pushes past the point of ‘mildly interesting’. Still, the movie has it charms and features Christopher Plummer in fine form.