Anyone who’s played the Tomb Raider games will tell you that adventurer archaeologist Lara Croft must be in peak physical condition to accomplish the feats she pulls off. Whether it’s dodging deadly traps in ancient tombs, fighting off hordes of enemies human and otherwise, or leaping from platforms before they collapse beneath her feet, Lara is always being pushed to the limit.

The new Tomb Raider film, based on the 2013 reboot game, is no different in this regard. While it’s pitched as a more grounded take with a less-superhuman Lara, it still asks a great deal of its star Alicia Vikander. Vikander put on 5 kg of muscle, underwent MMA training and went to the gym every day before filming began, sometimes as early as 4 am. 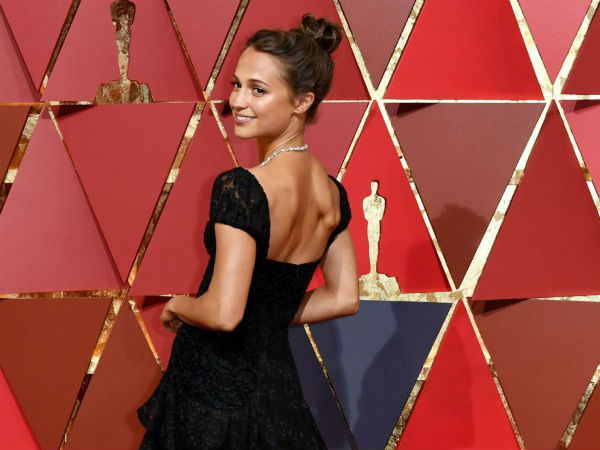 Vikander first showed off her new physique when she wore a backless dress to the Oscars last year, garnering attention for her defined muscles. She also gained an impressive eight-pack over the course of training for the film.

Vikander got into beast mode under the guidance of personal trainer and fellow Swede Magnus Lygdbäck. Many took notice of the trainer and nutritionist after he helped get Alexander Skarsgård into Tarzan shape for the 2016 film. 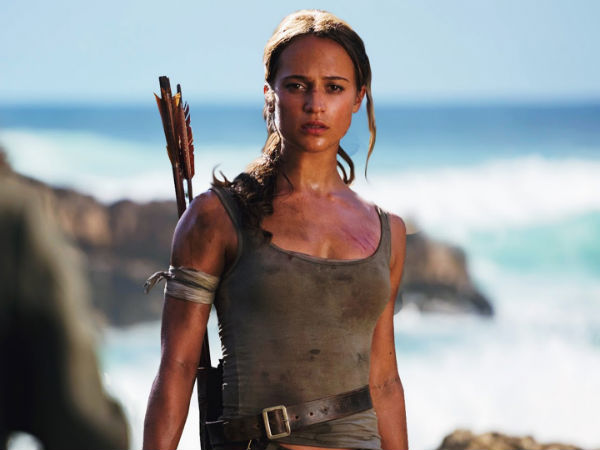 Lygdbäck is the creator of the Magnus Method physical conditioning and nutrition program, and his other film credits include training Ben Affleck for Justice League and Gal Gadot for the upcoming Wonder Woman 2. In the world of music, his starry clientele includes Katy Perry, Britney Spears, Harry Styles and Max Martin.

Lygdbäck spoke exclusively to inSing over the phone about the arduous process Vikander weathered to play Lara, and the extents to which Vikander happily pushed herself to attain the desired results.

inSing: Please take us through the responsibilities of a personal trainer assigned to an actor.

Magnus Lygdbäck: I’m responsible for training and overseeing the amount of training, which means I’m with Alicia on everything she did physically. Everything from stunt training to MMA fighting with different instructors, just kind of overseeing it all.

You’ve worked with professional athletes and musicians like Katy Perry, Britney Spears and Harry Styles. How does working on a movie differ from that?

Oh, it’s very different. What I do with my artistes is a little more life coach-related, helping out with structure, physically and mentally preparing them for [a] tour. If Katy Perry has a show tonight for 20 000 people, to me it matters when she gets up, what kind of breakfast she eats, what kind of workout she does, what mental preparation she does three hours before the show. What you do when you get off the stage, where you store all your energy – that’s very different. It’s all about building a character when you’re doing a movie. I love doing both, but they’re very different from each other.

What was the time frame you had to work with Alicia in pre-production, and did she impress you with her progress?

I met Alicia seven months before filming. I was working with Ben Affleck at that time on Justice League. I got one day off, flew to L.A., and had a meeting with Alicia. We discussed the character with the director, and I started off on my nutrition plan, my Magnus Method lifestyle plan. She sent me weekly updates via video. Then four months before filming, I joined her in London. That’s when we started working together physically on a daily basis. Two months before filming, we started on her diet, the cutting cycle.

Both you and Alicia are Swedish. Was that something that the both of you bonded over?

Oh yeah. It was nice, and the director’s Norwegian, so the three of us had our own secret language. It’s always special to work with a countryman. At the same time, she’s been out in the world for a long time, and I’ve been out there for many years, so we’re just as comfortable speaking English as Swedish, but it was special.

One of the differences between the movie and the game is that Lara is depicted as a bicycle courier. Did Alicia undertake specific training to shoot those sequences?

Well, to become good at something, you have to do it. She worked with the stunt team on cycling around and doing different things, obstacle courses. She was working with the great stunt team that we had to become a good cyclist.

In many of the Tomb Raider games, Lara performs some very impressive gymnastics moves to navigate around tombs. Was there an emphasis on gymnastics in Alicia’s training?

Yeah, we definitely looked at the games and we want the fans to be happy with the movie, so we were looking at the games for sure. 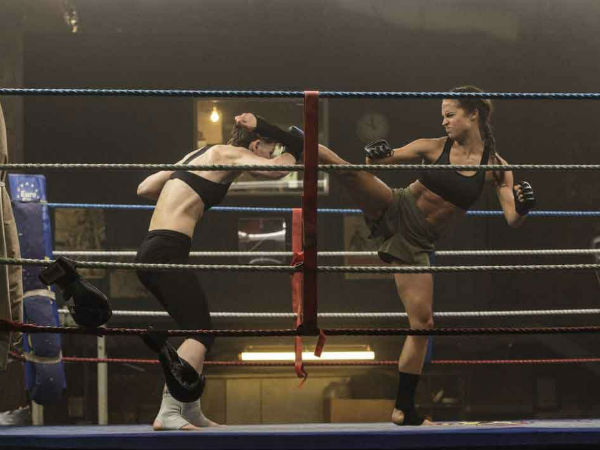 While Lara performs very impressive physical feats, she’s not a superhero. You’ve trained actors who’ve played superheroes before. How did you reach that sweet spot where Lara can handle herself in a fight, but she’s not superhuman?

That’s up to the director to portray her the right way. Physically, you don’t want to go over-the-top, you don’t want her to look unnatural, you want to keep that feeling of a regular person. We had that in mind, we wanted a strong, gritty, bold young woman, but who’s far from perfect like a superhero would be. You keep that in mind when you build the character, but on set, that’s much more up to the director, that’s when my job is done.

What was the input of the director Roar Uthaug when you were working on Lara’s physicality with Alicia?

We had our initial meeting seven months before, and then, not so much. When I work, I monitor my actors. I take pictures and measurements and I keep everyone in the loop. If they’re happy with the progress or if they trust you to build a character, you don’t really need to discuss too much. Some directors want to be very involved in the process, and others don’t feel like they need to be. 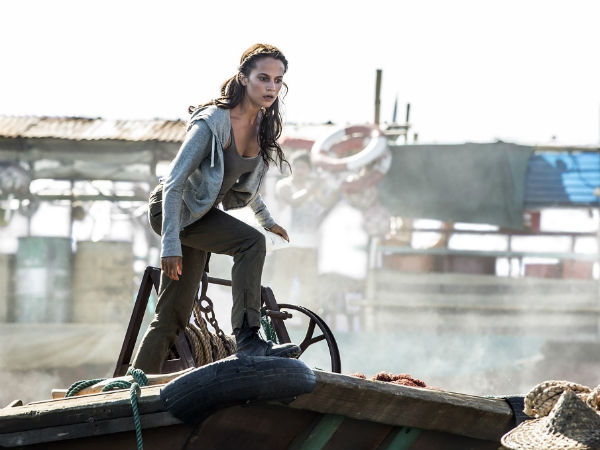 Was there a moment when you were working with Alicia where she surprised you the most?

She surprised me every day, I have to say. With not enough sleep, with the hard schedule of all this stunt work and prep, she is such a hard-working person. She will bring it every day. She will wake up with her fist clenched and she will go to war, which I love. My job is actually much more of stepping in and telling her to take a step back. “You don’t have to do that stunt a fifth time, you’re gonna hurt yourself!” [Laughs] I would force her to take a day off in the gym, I would tell her not to do that extra rep sometimes, and I would really tell on set “take a step back, we got stunt people who can do this a seventh time, you don’t have to do it”.

So she was really motivated?

Extremely. That’s how she is. She’s motivated in everything she does, and I think you can tell. When you see her in action, she’s a perfectionist, she’s extremely hardworking. She needs someone like me to line things up and say “take a step back” every once in a while.