It’s every reservist national serviceman’s worst nightmare: what if you book in and due to undead-related shenanigans, never book out? This is the premise of the horror comedy Zombiepura.

Kayu Tan (Alaric Tay) isn’t taking his reservist duty seriously, much to the chagrin of his overzealous sergeant Lee Siao On (Benjamin Heng). Kayu and his friend Tazan (Haresh Tilani) feign illness, in the grand tradition of national servicemen malingering to avoid going on duty. At the infirmary, Kayu and Siao On discover that their fellowmen servicemen have turned into rabid zombies. The pair must get along to survive, and must also rescue canteen operator Susie (Chen Xiuhuan) and her daughter Xiao Ling (Joeypink Lai). People will get bitten, obstacle courses will be navigated, and hopefully, ideas will be awoken as the ragtag gang try to reach the outside world and get to safety. 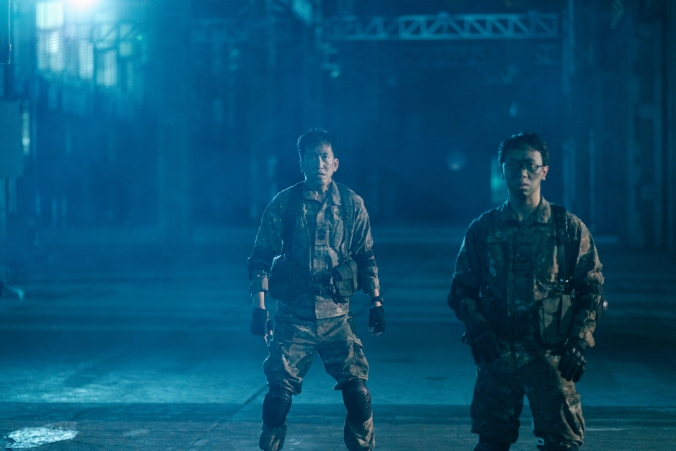 Zombiepura is a film that was announced in 2011 and has taken seven years to come to fruition. This reviewer has always wanted to see more mainstream genre fare, with the ability to travel, come out of Singapore. Singapore films are perceived as being either highbrow Cannes contenders or Chinese New Year fare aimed at uncles and aunties in the heartland. On paper, Zombiepura seems to occupy this middle ground. While the effort behind making a film like this is evident, the execution leaves plenty to be desired.

The film finds itself 14 years late to the Shaun of the Dead bandwagon, with characters that are nowhere near as endearing as those in Edgar Wright’s zom-com, nor jokes that are anywhere near as funny. It’s a lot closer to Scout’s Guide to the Zombie Apocalypse.

A lot of Zombiepura hinges on the local context, being set in an army camp. There are in-jokes about the banality of reservist duty and the characters are all roughly stock types, that can be easily described with one line on the poster. Plenty of the humour is crass, and audiences are meant to laugh at a soldier pretending to have depression to dodge duty. This is to say nothing of the film’s flagrant misogyny – the female lead is referred to almost exclusively as ‘chiobu’, Hokkien for hot chick, and nobody finds this inappropriate.

The premise is relatively clever in that containing the film within an army camp limits the scope, so the movie is not obligated to show expensive scenes of city streets overrun with zombies, World War Z-style. There are several physical comedy gags that work, notably one involving two characters scrambling up a flagpole with the zombies standing at the base grasping at their feet. The zombies’ specific weakness, while nothing ground-breaking, is good for a chuckle. The makeup effects, overseen by June Goh, are serviceable, and there is a healthy amount of blood and gore. 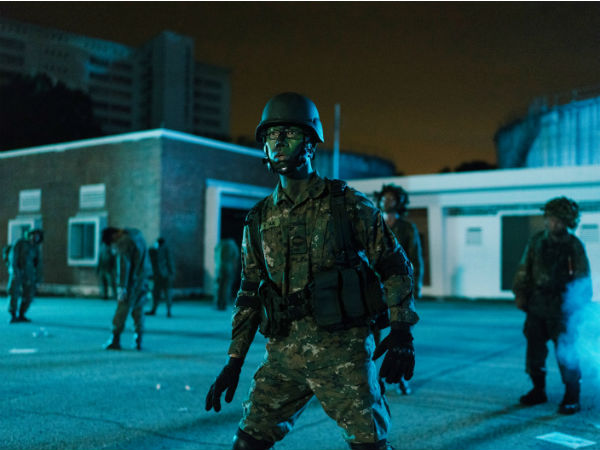 Horror films are often excellent vehicles for allegorical messages. Train to Busan astutely commented on South Korea’s hierarchical pressure-cooker society, and one of the original zombie movies, George Romero’s Dawn of the Dead, was a satire on burgeoning consumerism in America. Zombiepura half-heartedly attempts something roughly along these lines, equating the zoned-out way bored servicemen go about their patrol duty with the mindlessness of your average zombie. However, the film doesn’t push the socio-political commentary as far as this reviewer would’ve liked, but to be honest, nobody was expecting that of this particular film anyway. 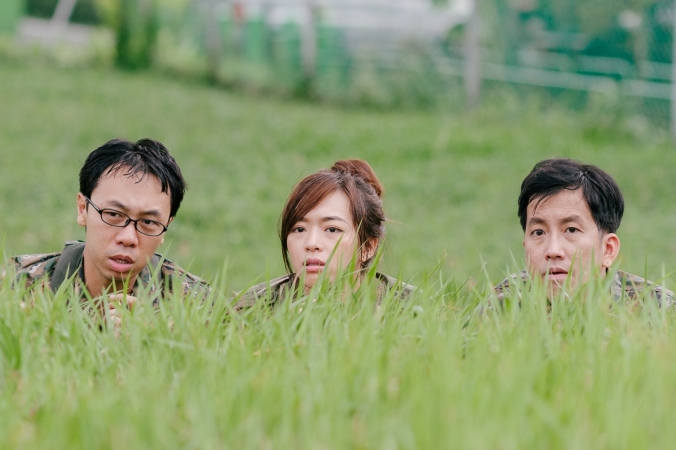 Stars Alaric Tay and Benjamin Heng, who form the production company JAB Films with director Jacen Tan, work well opposite each other. There’s not very much to either character, and they’re difficult to root for. Naturally, there is a modicum of character development as the gravity of their predicament hits them. This is to say nothing of the on-the-nose names like Kayu and Siao On. Richard Low cameos as Siao On’s father Mad Dog, a Regimental Sergeant Major. The implication is that Siao On is desperate to live up to his father’s reputation, but this aspect of the character doesn’t get enough play. 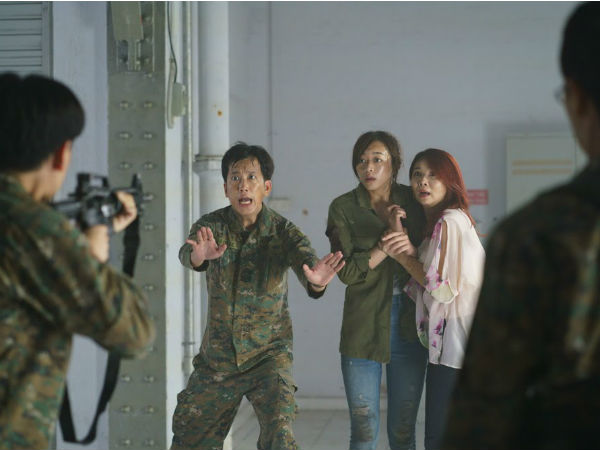 Joeypink Lai, Miss Universe Singapore 2016 finalist and realtor, functions purely as eye candy and little else. The Xiao Ling character has no complexities, and when she figures in a would-be emotional scene, there is no impact at all. Chen Xiuhuan is Lai’s onscreen mother, who is similarly objectified, albeit not to the extent Lai is.

Rayve Zen’s Chua, who initially seems harmless but becomes more villainous as the film goes on, is arguably the most interesting character in the film. It is in depicting his self-centredness that the film gets anywhere in the Train to Busan zone. Haresh Tilani of Ministry of Funny fame gets a small role as kind of a sidekick to Kayu, who disappears once Kayu and Siao On team up.

It is exceedingly difficult to get a movie made in Singapore, let alone a genre movie requiring stunts, permits, special effects and specialised location work. The thing is, Zombiepura easily could’ve been a better, smarter, funnier and cannier movie without any additions to the budget. It doesn’t cost anything to not constantly objectify the female lead or outright mock mental illness.

It’s ironic that one of the film’s sponsors is grocer Taste, since Zombiepura is sorely lacking in taste. Then again, one might argue that tasteless is exactly what a zombie movie would be. We’d hesitate to call this ‘encouraging’ for the industry, but in some technical aspects, perhaps it is a stagger/hobble in roughly the right direction.