The last Transformers movie gave us King Arthur, Transformers fighting Nazis, a secret order entrusted with guarding the Transformers’ history on earth, and Sir Anthony Hopkins. In addition to the usual hyperactive clanging action sequences, there was so much plot it was wont to make one’s head spin. This prequel/spinoff dials things back a notch, leaning heavily on nostalgia and steering the franchise away from the cacophony which has characterised it.

Bumblebee is the story of a girl and her car. The girl: Charlie Watson (Hailee Steinfeld), a sullen teenager coping with the death of her father. Charlie’s mother Sally (Pamela Adlon) has remarried, and while Charlie’s brother Otis (Jason Drucker) has taken to their stepfather Ron (Stephen Schneider) well, Charlie has not warmed to him. The car: a Volkswagen Beetle whom Charlie christens Bumblebee, who is secretly an Autobot from the planet Cybertron in disguise. The Autobots are locked in a vicious war with the Decepticons, and Autobot leader Optimus Prime (Peter Cullen) has sent Bumblebee to earth, to scope out the planet as a possible refuge for the Autobots.

The Decepticons Shatter (Angela Bassett) and Dropkick (Justin Theroux) track Bumblebee down to earth, and trick government agents Jack Burns (John Cena) and Dr Powell (John Ortiz) into assisting them in hunting Bumblebee. Charlie and Memo (Jorge Lendeborg Jr.), the neighbour who has a crush on her, find themselves caught in a high-stakes clash between the secretive agency Sector 7 and the Transformers. The bond between Charlie and Bumblebee undergoes a trial by fire, with the Autobot facing serious jeopardy from the humans and Decepticons alike. 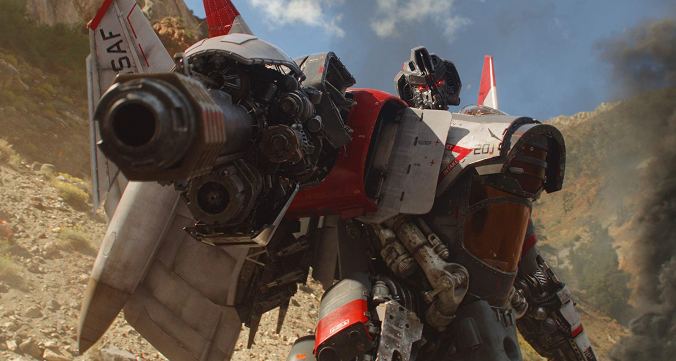 The live-action Transformers movies, with a possible exception of the first one in 2007, have been varying degrees of bad. Most of the blame has been placed on Michael Bay, who has shown contempt for the source material and its fans. Bumblebee shows the potential of the franchise when it’s placed in the hands of someone who cares about the source material, with Travis Knight taking the reins. Knight is the president of stop-motion animation studio Laika, having directed Kubo and the Two Strings.

Bumblebee is still very much a studio product, taking full advantage of its 1987 setting to bombard audiences with nostalgia. There’s a prominently-placed can of Tab, lots of 80s music including “Don’t You (Forget About Me)” and “Never Gonna Give You Up”, Bumblebee watching The Breakfast Club on VHS, a reference to Heathers, and the designs of the Transformers are heavily inspired by their G1 incarnations. While these touches can come off as pandering, Bumblebee cuts through it with an emotional through-line, placing an emphasis on ‘heart-ware’ over hardware.

Putting an animation director in charge means that there is more attention to movement and geometry, and the action sequences are much easier to follow than those in preceding Transformers movies. The scope of the film is more intimate, set mostly in a seaside Northern California town, a welcome respite from the often-meaningless globe-trotting that was a hallmark of the earlier live-action movies.

Hailee Steinfeld’s Charlie is a character we’ve many times before and seems to intentionally hark back to 80s coming-of-age movies. She’s withdrawn, yearning to make an emotional connection after suffering a personal loss, must fend off preening bullies, and possesses a special skill which you can bet will come in handy later in the movie. However, Steinfeld imbues Charlie with enough liveliness and personality to make her seem more than a bundle of familiar tropes. She sells the relationship between Charlie and Bumblebee, even if a good portion of the movie is Charlie yelling as something horrible happens to Bumblebee. 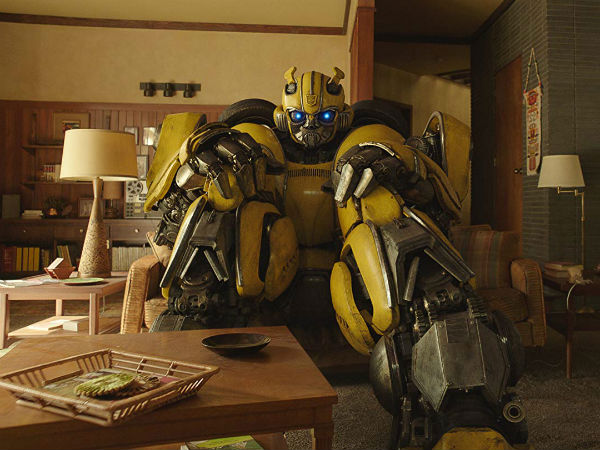 The character animation on Bumblebee is very endearing. As a VW Beetle, he comes off as rounder and softer than as a Camaro. Bay’s rejection of Bumblebee’s original form as a Beetle was indicative of his approach – to him, a Beetle just didn’t look cool or badass, but Bumblebee doesn’t need to look cool and badass – he needs to look friendly and approachable. This Bumblebee is also a competent warrior, but the best bits of the film are when he’s a fish out of water, learning to acclimate to life on earth and building his friendship with Charlie. It seems like elements of his back-story from the earlier films, including that he fought in World War II alongside the allies, have been jettisoned.

John Cena plays the stock ‘Inspector Javert’ type – not necessarily a bad guy, but it’s his job to hunt down the good guys, so he performs the role of an antagonist. Cena shines in the few moments when the character can be funny; it’s clear that comedy is his true calling. John Ortiz’s excitable scientist character Powell is the closest this movie gets to the cringe-inducing comedy stylings of Michael Bay, but the character only makes a brief appearance. 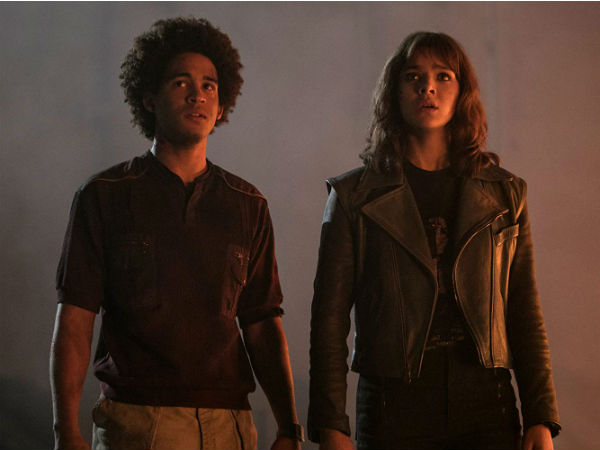 Charlie’s mum, stepdad and brother are very much an 80s sitcom family, and that works within the framework of the film. Jorge Lendeborg Jr. is the shy love interest, but the film takes its time in developing the relationship between Memo and Charlie.

It’s always a delight to hear Peter Cullen’s sonorous, commanding tones as Optimus Prime, and Angela Bassett makes for a suitably formidable villain as the voice of Shatter. 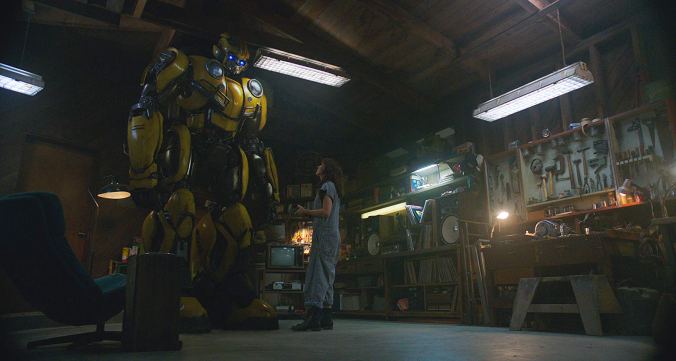 Bumblebee doesn’t put an especially original spin on the time-tested “a kid and their X” formula, but this feels much, much closer to what a live-action Transformers movie should be. Viewed on its own, it’s good, but in comparison to the earlier Michael Bay-directed films, it’s great.

One thought on “Bumblebee review”