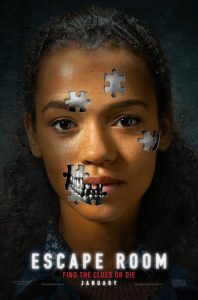 Stress and panic are thing most people instinctively try to avoid, but there’s a long history of people inducing stress and panic in themselves in the name of entertainment. Horror movies and roller coasters serve this purpose, and so do escape rooms, in which participants are trapped until they can find a way out by solving puzzles, the clues to which are hidden in the room. A little bit of pressure under controlled circumstances can be invigorating. In this horror thriller, the participants of an escape room find those circumstances going terrifyingly out of control.

College student Zoey (Taylor Russell), grocery store stockist Ben (Logan Miller), military veteran Amanda (Deborah Ann Woll), stock trader Jason (Jay Ellis), trucker Mike (Tyler Labine) and escape room enthusiast Danny (Nik Dodani) find themselves in the waiting room of the Minos Escape Room in Chicago. They were each given a puzzle box by someone they know, with the promise of a $10 000 cash prize if they solve the puzzles and escape the room. 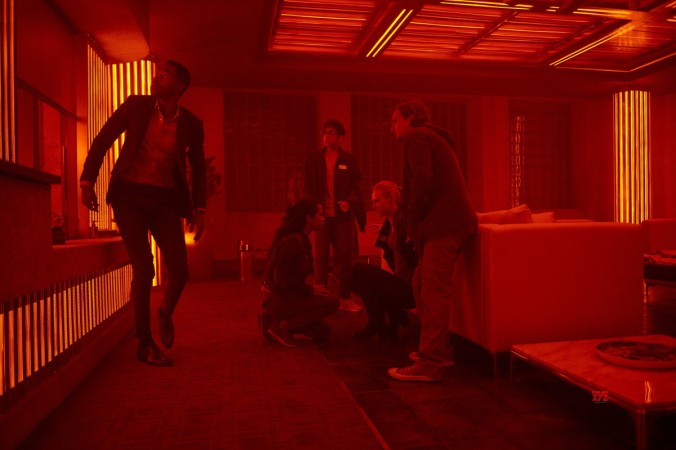 However, as they undergo a literal trial by fire and brave a host of other deadly traps, it becomes clear that this is no ordinary escape room. Each stage contains specific references to the participants’ personal histories, indicating that a vast conspiracy lies behind their predicament. The five strangers must cooperate to find a way out or face their deaths at the hands of whatever sinister force has set up this twisted game.

Escape Room takes on a bit of an eerie quality given the very recent tragedy in which five girls in Poland died in an escape room as the result of apparent arson. An escape room as a setting for a horror film seems like a natural idea, and two unrelated low-budget horror movie both also called ‘Escape Room’ were released in 2017.

There is appeal in the idea of a PG-13 take on Saw (specifically the second film onwards, when traps became more of a feature), a horror thriller that places an emphasis on puzzle-solving and trap design instead of excessive gore. In addition to Saw, there are shades of Cube, The Game and Final Destination, yet Escape Room is not as derivative as many other disposable horror flicks – or at least that’s how it starts. 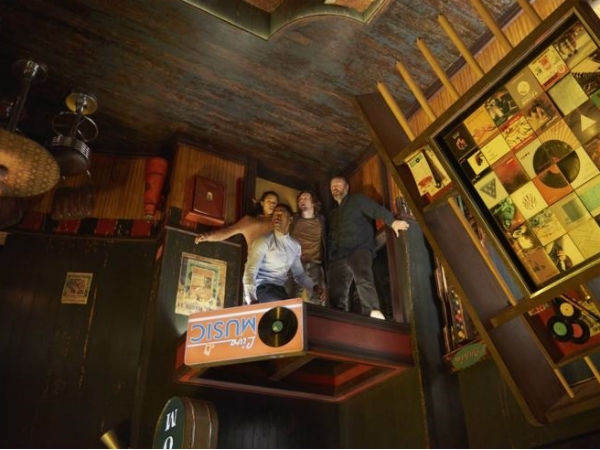 Despite some extremely clunky dialogue and broadly-drawn characters, the film starts off engrossingly enough. Director Adam Robitel stages reasonably tense set-pieces within production designer Edward Thomas’ sets. Even without graphic violence, the stakes are established, and audiences begin to fear for the characters. There are little touches like the name ‘Minos’ being an allusion to the Greek myth of the Minotaur in the labyrinth. However, it’s not long before everything falls apart.

The actors dutifully occupy each of the stock types and there is some fun to be had in guessing the order in which the characters are killed off. Taylor Russell’s withdrawn genius student is a protagonist who’s easy to root for, while Logan Miller manages to give a little depth to the sullen, antisocial Ben. Deborah Ann Woll showcases some physicality as the ex-military Amanda, while Jay Ellis relishes playing a slime-ball finance guy. 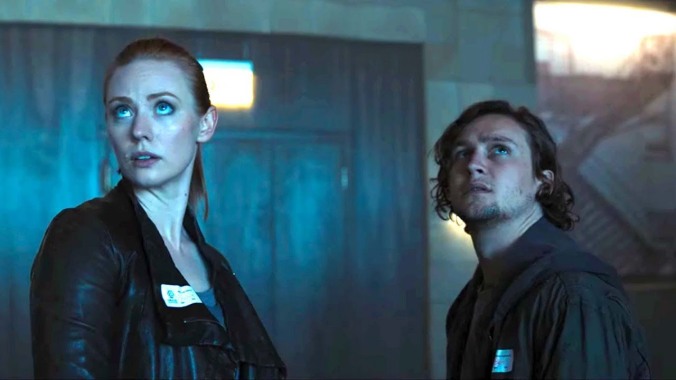 Tyler Labine probably gets the least to do as the blue-collar guy who’s out of his depth, while Nik Dodani’s enthusiastic Danny is intentionally grating. It’s not the worst collection of six characters to show up in a horror movie, but it’s far from the most memorable. 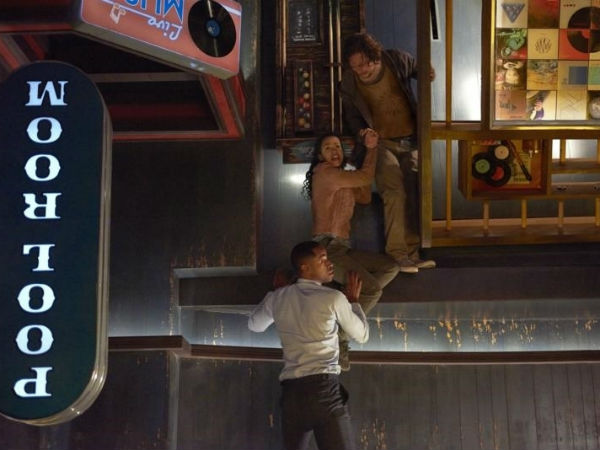 Most negative reviews of Escape Room single out the ending, and with good reason. The conclusion of the film is equivalent to an escape room employee shuffling into the room mid-puzzle, telling the participants there never was a solution from the start, and then chasing everyone out before turning off the lights. Whatever riveting intensity the preceding scenes possessed is squandered by the extremely unsatisfying ending, which appears to set up a sequel and leaving nothing resolved.

With a better script, Escape Room seems like something that David Fincher could’ve made earlier in his career. Robitel, who also directed Insidious: The Last Key, is no David Fincher, but several set-pieces are executed with sufficient flair. Thanks to a competent cast, decent production values and passable amounts of invention in the traps and riddles, Escape Room is a safe distance from the bottom-of-the-barrel horror movies that typically get January releases, but the payoff leaves a lot to be desired.