None of us truly knows what we’re getting into when we marry into someone else’s family. Sure, the weird uncle or two or the cousin who not-so-secretly despises you is par for the course, but sometimes things are a little more complicated than that. Such is the case in this dark comedy horror thriller.

Grace (Samara Weaving) is about to marry the love of her life, Alex Le Domas (Mark O’Brien). Alex is heir to the Le Domas gaming fortune – the empire began as a playing card printing business and now encompasses the ownership of four pro sports teams. Grace senses that she won’t be accepted into the family, but Alex’s mother Becky (Andie MacDowell) attempts to assuage her fears. 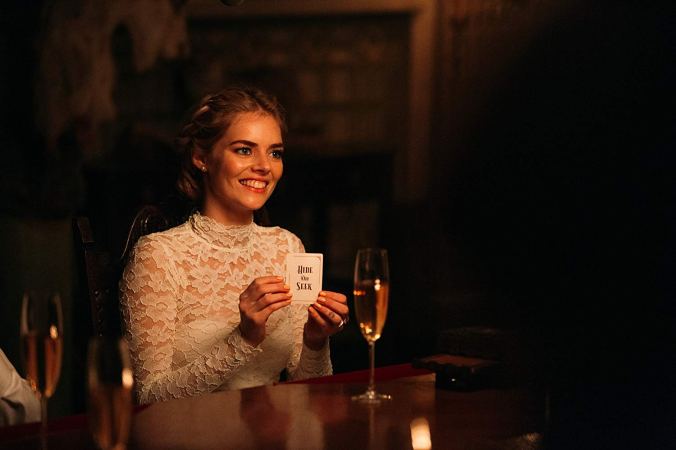 On the night of the wedding, tradition dictates that Grace draw a card from a magic box and play the game stated on the card: in this case, ‘Hide and Seek’. What starts out being a little strange soon becomes deadly, with Alex’s father Tony (Henry Czerny) leading the other relatives in hunting Grace down to kill her. Over the course of the night, Grace must survive this terrifying ‘tradition’ as she gets to the bottom of why her new husband’s family is convinced that they must murder her.

Ready or Not plays like an alternate universe version of Crazy Rich Asians: a woman’s boyfriend is not being 100% upfront about the truth of his wealthy family, and when she meets them, hijinks ensue. Here, the hijinks are considerably bloodier than in Crazy Rich Asians. The movie draws viewers into its twisted premise, getting more engrossing as it progresses. It’s a tense, funny, sometimes gross horror comedy which has ‘cult classic’ written all over it. 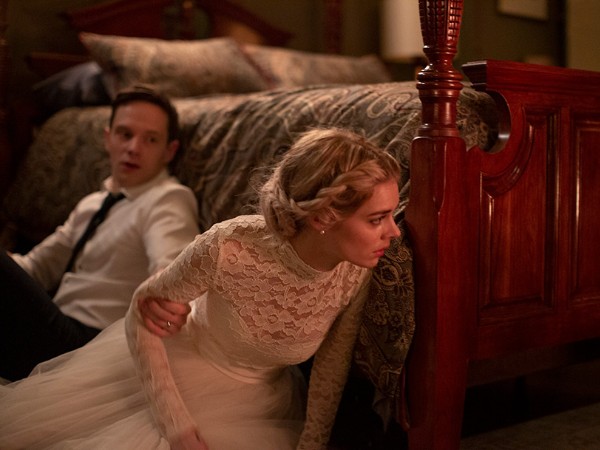 Directors Matt Bettinelli-Olpin and Tyler Gillett are two-thirds of the filmmaking collective Radio Silence, who made the 10/31/98 segment of the horror anthology film V/H/S. Working from a screenplay by Guy Busick and R. Christopher Murphy, Bettinelli-Olpin and Gillett have crafted an enjoyable little genre movie that is just the right degree of nasty.

One of the trickiest things about horror comedies is getting the tone right. Ready or Not does a good job with its world-building, drawing audiences into the mystery surrounding the bizarre blood sport at the plot’s centre. In the meantime, the characters all seem close enough to people you might be related to, hopefully minus the murder. Ready or Not takes the Eyes Wide Shut-style conceit of rich people engaging in arcane rituals behind closed doors and puts a slasher movie spin on it. 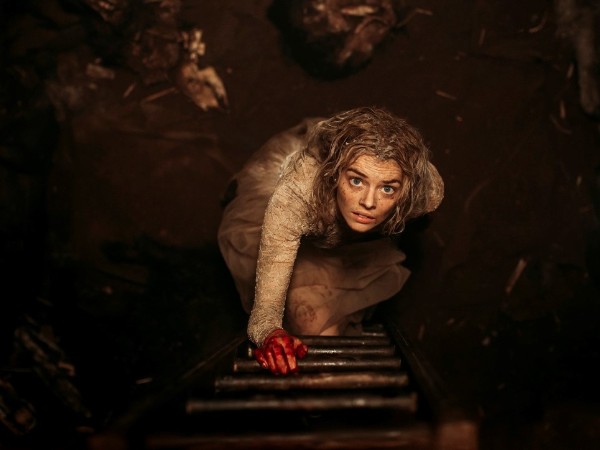 A big part of why this works is Samara Weaving. The Australian actress is a bona fide scream queen who displays a remarkable sense of timing and delivers a spectacularly committed performance here. Weaving brings some Emma Stone-ness to bear, in that she’s likeably plucky but is also unafraid of being afraid. When she screams, it’s a hoarse, desperate, truly frightening yell that makes the audience genuinely worry if Grace will make it out alive. Weaving proves that she’s game for a whole lot as the movie throws horrible obstacle after horrible obstacle at Grace. The imagery of a woman in a pristine wedding dress who gets grimier and more covered in blood as the film goes on is not especially original, but it works for Ready or Not.

The rest of the cast consists mostly of Canadian actors. Mark O’Brien’s performance is best described as “boring on purpose”: Alex is meant to be more down-to-earth and different from his eccentric, possibly cultist family, so he’s not very interesting by comparison.

Adam Brody gets the juicier role of Alex’s drunken brother Daniel, who is conflicted about his role within the family and of the Le Domas’ attitude towards violence.

Henry Czerny is intense as patriarch, with that intensity being sporadically punctured by goofiness. Andie MacDowell is coolly unflappable as his wife, and while she isn’t the first name that comes to mind when one pictures a crossbow-wielding badass, MacDowell acquits herself well. 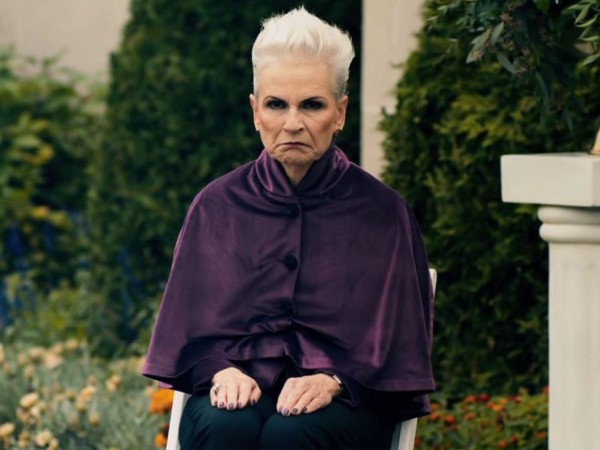 Kristian Bruun is deliberately annoying, while Nicky Guadagni gives the archest performance as Aunt Helene. The film gradually reveals how Aunt Helene winded up as scary as she is now.

The film’s Toronto and Ontario-area locations, including Casa Loma and Parkwood Estate, contribute to the setting of an old family property that hides many secrets. Brian Tyler’s score is reminiscent of Danny Elfman’s work in parts, and like much of the rest of the movie, is just heightened enough.

Ready or Not isn’t an especially subtle movie and it does have its share of gory violence, but directors Bettnelli-Olpin and Gillett demonstrate restraint and tonal mastery with a film that depicts unpleasantness but remains an enjoyable genre romp. Look out for more of Samara Weaving, who proves she deserves to hit the A-list after this.