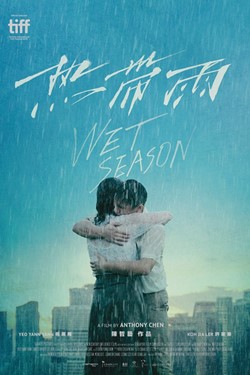 2013’s Ilo Ilo was hailed as one of the best Singaporean films in recent memory, winning awards at international film festivals including Cannes and Taiwan’s Golden Horse Awards. Critics and filmgoers were keenly watching the film’s young writer-director Anthony Chen to see what he would do next. After executive-producing and co-writing the anthology film Distance, Chen has returned to the director’s chair with Wet Season. This film has already been making the festival rounds, debuting at the Toronto International Film Festival and receiving six nominations for the Golden Horse Awards, winning Best Actress for Yeo Yann Yann.

Ling (Yeo Yann Yann) is a Malaysian-born Chinese language teacher at a secondary school in Singapore. She has been trying for a baby with her husband Andrew (Christopher Lee) for years. Andrew works in finance and is too busy at work or entertaining clients to spend much time with Ling. Ling is also responsible for caring for Andrew’s ailing father-in-law (Yang Shi Bin), a stroke patient. When Ling holds a remedial class in school, only one student, Wei Lun (Koh Jia Ler), shows up. Wei Lun appears to have been neglected by his parents, and Ling gradually takes a liking to Wei Lun, sending him home from school in her car. She also shows up to support Wei Lun at an wushu competition where he is representing the school. Ling and Wei Lun find solace in each other, but they soon become inappropriately close. 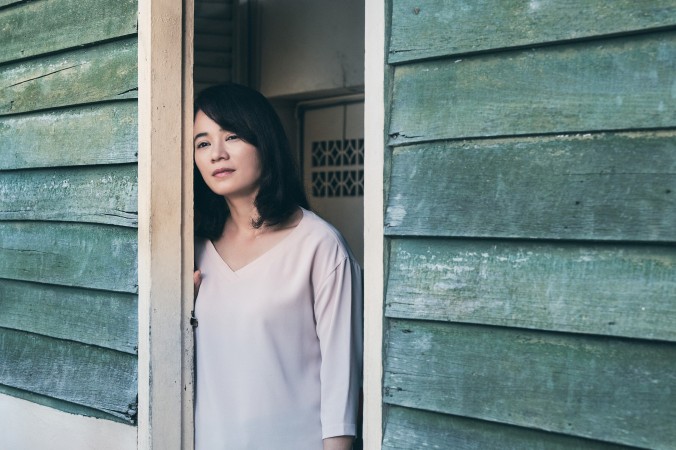 Wet Season takes what could easily have been a trashy, sensational premise and approaches it from a very sensitive, thoughtful point of view. The movie spends a lot of time setting up the circumstances surrounding its two main characters, never seeming like it’s racing to a big, dramatic plot point. Malaysian Yeo Yann Yann has repeatedly proven herself as a remarkable, subtle actor, and her performance here is as affecting as ever. Ling’s deep sadness manifests in every gesture, every glance – one can tell that great care was taking in developing the character both by Yeo and writer/director Chen. 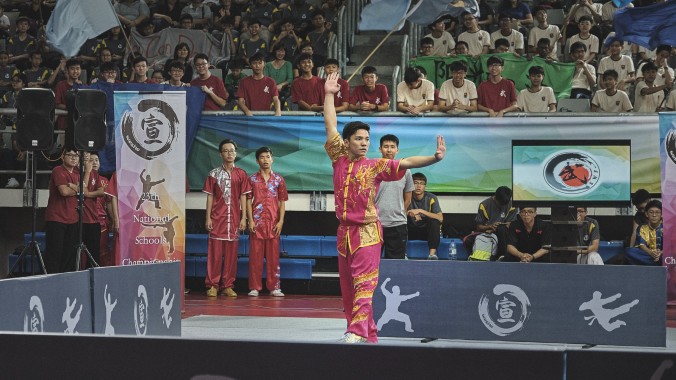 Koh Jia Ler’s playfulness and youthful energy serve as a great foil for Yeo’s more subdued performances. Chen does a great job of juxtaposing Wei Lun’s immaturity against Ling’s maturity. Both are different characters, and while Ling is better developed, it doesn’t feel like Wei Lun is just a caricature either. 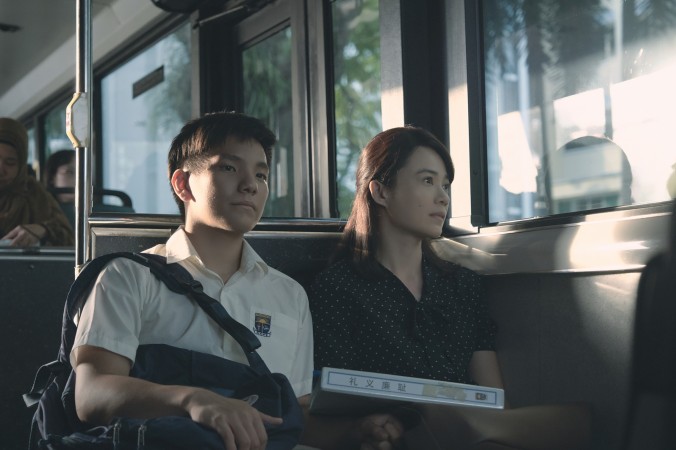 The more cynical among us might view Wet Season as calibrated to play well at overseas film festivals. Its combination of controversial subject matter with the specificity of the Singapore setting means that to a European or American journalist, it might feel like a textbook critically acclaimed foreign film. That’s not to take anything away from the immense work that Chen and his cast and crew have sunk into this, but the thought was at the very back of this reviewer’s mind.

Ling’s husband Andrew is meant to be an unlikable character, but Christopher Lee’s performance lacks the nuance that his co-stars bring to the table. It sometimes seems like Andrew has wandered out of a Chinese-language drama aired on Channel 8.

The film features beautiful cinematography by Sam Care that enhances the contemplative nature of the movie and emphasises stillness, but it’s the sound design and mixing that stands out even more than the visuals. The film’s sound department includes sound designer/supervising sound editor Zhe Wu and production sound mixer/supervising sound editor Li Chi Kuo. As the title suggests, Wet Season is set during a period of high rainfall. The film features no non-diegetic music, such that the rainfall serves as the movie’s soundtrack and as a kind of inner monologue for Ling. It’s a creative decision that serves the story well, enveloping the audience in atmosphere and drawing them into the story. 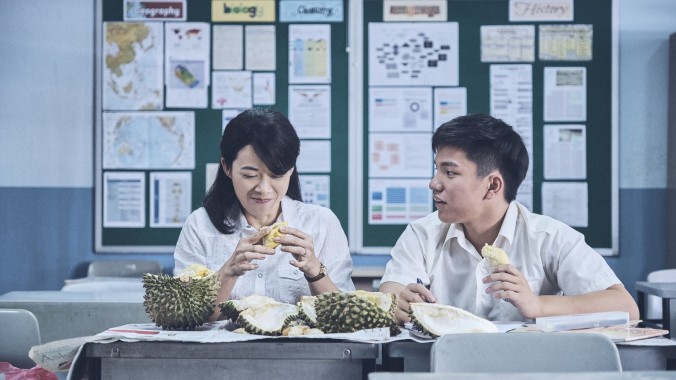 The challenges faced by the characters in the film are easy for many around the world to relate to, but the setting is deliberately very Singaporean. One of the themes in the film is how students have an aversion to learning Chinese, and how schools place the language as a lower priority than subjects like Mathematics or English. The relationship between Malaysia and Singapore is also touched on, and a subplot involves caring for an elderly relative, a responsibility many Singaporeans undertake. The movie never comes off as preachy, weaving all the issues it addresses into its narrative fabric.

One technique that Chen uses to increase verisimilitude is showing characters on the toilet. This is carried from Ilo Ilo. One wouldn’t usually see a character on the toilet in a movie, so this makes the movie feel more like real life. There is also a scene in which Ling’s father-in-law soils himself; the camera never shying away from the mess.

Wet Season’s premise, coupled with the fact that its protagonists have previously played mother and son, might set tongues wagging, but Chen approaches the subject matter with enough careful nuance. It’s a sad, moving film that rarely goes straight for the tear ducts, and by the time we get to a big, dramatic emotional beat, it is well earned. 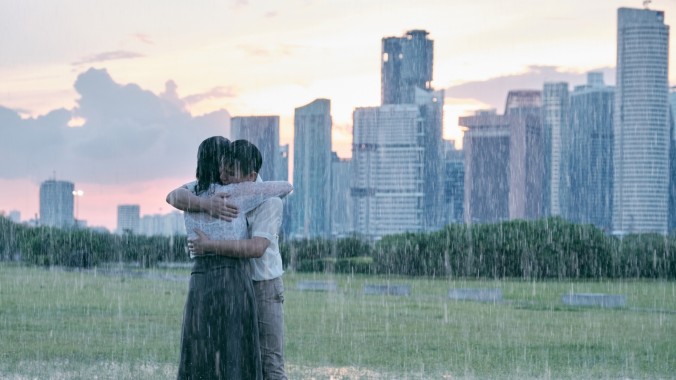 Summary: Anthony Chen’s portrait of a forbidden relationship between teacher and student is layered with heart and a sprinkling of humour. The film feels thoroughly authentic and is anchored by its excellent leads, Yeo Yann Yann delivering a powerhouse performance without doing anything overwrought.