The best and brightest counter-terror experts from Hong Kong and South Korea have to join forces in order to foil a nuclear catastrophe in this action thriller. Wanted terrorist Helios (Chang) has stolen the compact nuclear device “Davy Crockett 8” and 16 uranium spheres from a facility in South Korea. The authorities believe Helios’ right-hand woman “the Messenger” (Man) is responsible for downing an airliner in Liaoning. Chinese envoy Song An (Wang), Inspector Lee Yin-ming (Nick Cheung) of the Hong Kong Counter-Terror Response Unit, South Korean weapons expert Choi Min Ho (Ji) and NIS agent Park Woo Chul (Choi) converge in Hong Kong to recover the weapon. Physics professor Siu Chi-yan (Jacky Cheung) joins the team as a consultant. As they race against the clock to prevent a sale of the DC-8 device from going down, a far-reaching conspiracy begins to unravel. 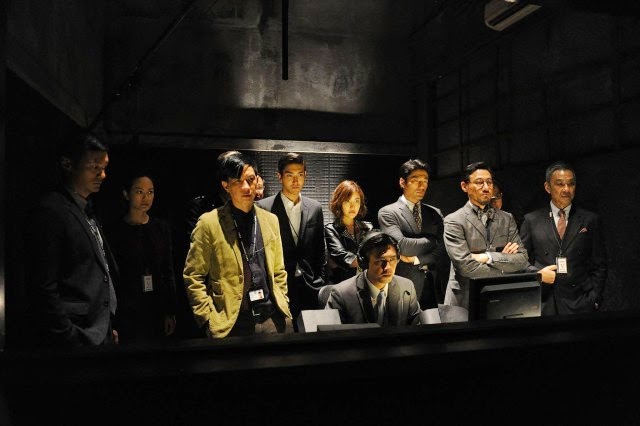 Helios is written and directed by Longman Leung and Sunny Luk, the pair behind 2012’s crime thriller Cold War. Things look promising enough: it’s handsomely shot, the production values are solid, the action sequences pack a punch, the visual effects are better than most Hong Kong productions – but it’s not long before Helios falls apart. The film’s style comes off as very self-conscious, but the harder Leung and Luk try to get the audiences to take the film seriously, the more unintentionally funny it becomes. Just like gritting one’s teeth too hard can make one look silly, Helios often ends up embarrassing itself in its attempts at being tough and cool. The writing-directing duo also try to make the plot too convoluted for its own good; running in circles with what should be a straightforward thriller storyline, the film coming off as generic in spite of itself as a result.

With its attempt to insert geopolitics and ideology clashes into a “stop the nuke from going off” story, Helios often feels like a below-average season of 24, with Nick Cheung in place of Kiefer Sutherland. Nick Cheung’s character is so hard-core, he waterboards a suspect with their shirt – this is silly rather than threatening. Jacky Cheung plays the stereotypical professor, complete with beard, glasses, bow tie and sweater vests. 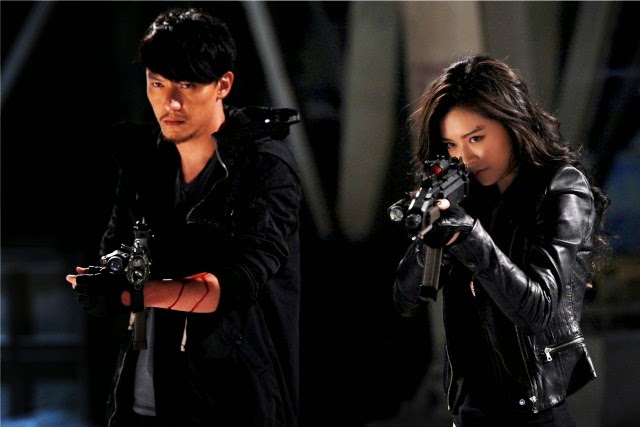 Chang Chen is not quite scary enough as the titular big bad, but model/actress Janice Man is surprisingly convincing as an ice-cold assassin. Ji Jin-Hee as a nuclear physicist – at least it’s more believable than Denise Richards in The World is Not Enough. Choi Siwon’s legions of fans will probably be thrilled to see him toting a shotgun and kicking ass as the agent in charge of protecting Ji’s character. 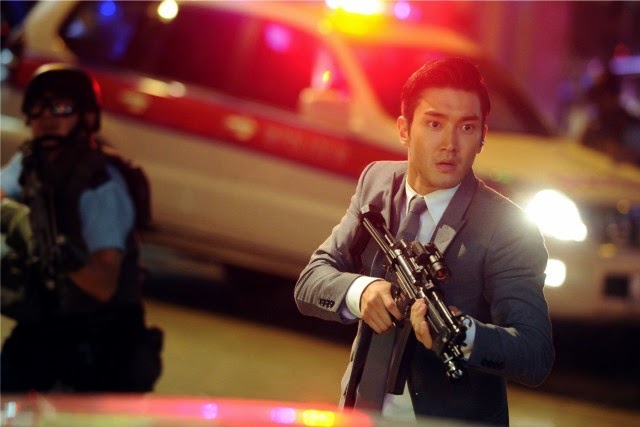 Helios wants to be smarter than your average shoot ‘em up flick but it falls on its face one too many times. One of the elements that really took this reviewer out of the whole thing is the magic translator earpieces that allow the characters from Hong Kong and Korea to communicate seamlessly. This device, reminiscent of the Babel fish from Hitchhiker’s Guide to the Galaxy, instantly kills any realism or grit the movie is aiming for. One can’t help but wonder what the consequences of a mistranslation resulting from a glitch in the software at such a high level would be. Peter Kam’s musical score is also incredibly unsubtle, blaring and almost pouncing at the audience. It’s meant to create tension, but is so obtrusive it detracts from the atmosphere. The final nail in the coffin is the movie’s ending: there’s a huge plot twist really late in the game, only for the movie to end on an infuriating and frankly quite shameless sequel bait note. By the time said sequel rolls around, we probably would have all but forgotten this one.

Summary: Solid production values and a watchable cast can’t salvage this generic, sometimes unintentionally funny thriller that thinks it’s a lot smarter than it actually is.
RATING: 2 out of 5 Stars
Jedd Jong