HBO Asia has begun principal photography for its latest original series Invisible Stories, which is being shot on location in Singapore. The six-episode half-hour drama series revolves around the lives of everyday people living in the fictional housing estate of Sungei Merah.

The series is created by Singaporean writer-director Ler Jiyuan, who worked with a team of local writers to realise Invisible Stories. Ler has directed episodes of local TV series and TV films including Zero Calling, Code of Law and Gone Case, and recently wrote and directed episodes of Grisse for HBO Asia.

“80% of Singaporeans live in HDB flats. I myself grew up in an HDB flat in the 90s, a three-room flat back when there were still gangsters,” Ler told the press during a break on the set. “My father was a taxi driver. Invisible Stories is the universe I came out from as a child,” he revealed, adding “I feel that it will be interesting for international audiences to see this side of Singapore, the non-crazy rich side.”

The stories being told in the series include that of a taxi driver who moonlights as a spiritual medium by night, and a banker who is a family man but lives a secret double life by night. The series features a regional cast comprising actors from Singapore, Bangladesh, Indonesia, Malaysia, Taiwan and Thailand. 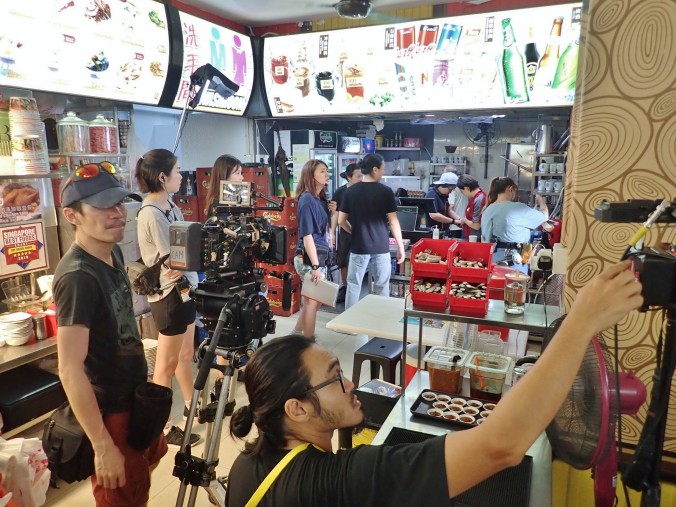 inSing was on set at a coffeeshop or ‘kopitiam’ in Chong Pang, a quintessentially Singapore location. This is the partial setting for the first episode, starring Yeo Yann Yann. Malaysian actress Yeo has starred in notable Singaporean films including 881, Singapore Dreaming and Ilo Ilo. In Invisible Stories, Yeo plays Lian, a single mother working at the drinks stall in a coffee shop to support her autistic teenage son.

Ler wrote the role of Lian with Yeo in mind. She was initially hesitant to take on the role, for fear of it being too emotionally taxing, but later accepted. “The first thing I felt is that it would be very heavy for me. As a mother, I am also struggling with my child and my work,” Yeo confessed. “I’m juggling between taking care of my child and my work, I was trying to avoid something that was so heavy for myself. I was scared, because once you’re in it, you have to dig [into] the pain. Of course, there’s joy, but the pain is so much deeper.”

Yeo said she was inspired by an interview she watched in which actress Meryl Streep said she felt a responsibility to take on roles that would give voice to the voiceless. Yeo said of participating in a project that will represent Singapore on a global stage, “I’m proud of it, and I’m proud of giving voices to the unheard.” 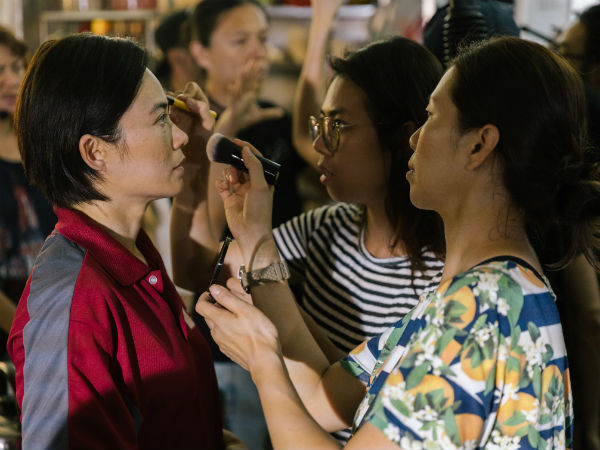 Yeo was sporting bruises, including bite-marks, that she assured us were mostly makeup. Yeo had shot a scene the previous day in which Lian’s son Brian had a meltdown. “A meltdown for an autistic child is when they don’t feel right. You take something away from them, they have a meltdown,” Yeo explained. The cast worked closely with a special education teacher to ensure that the life of an autistic person and their caregiver were portrayed sensitively and accurately. “Many things that we perform were approved by the advisor. The advisor was very happy that we didn’t over-exaggerate it or under-represent it,” Yeo said. 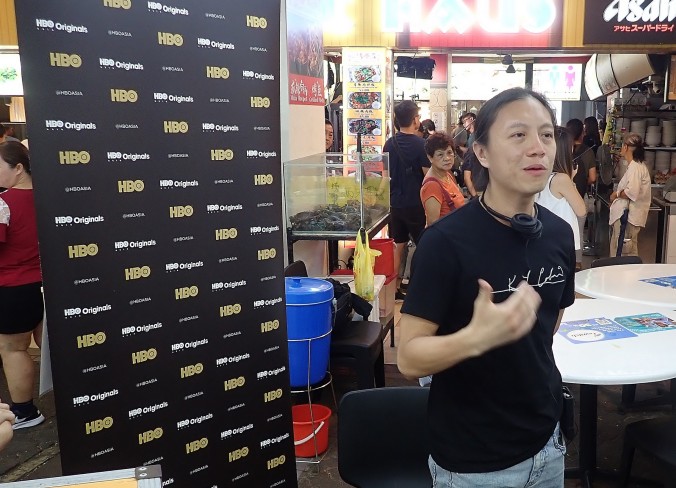 The issue of caring for an autistic child hits close to home for director Ler, who has two cousins with non-verbal autism. “I put myself in the shoes of a caretaker, Ler said, adding that “for them, it’s a really hardcore commitment. It’s emotionally draining, financially draining, especially for those of the lower rungs of society.” He emphasised that “the story is a very painful one, but one I still feel is necessary for us to see.” 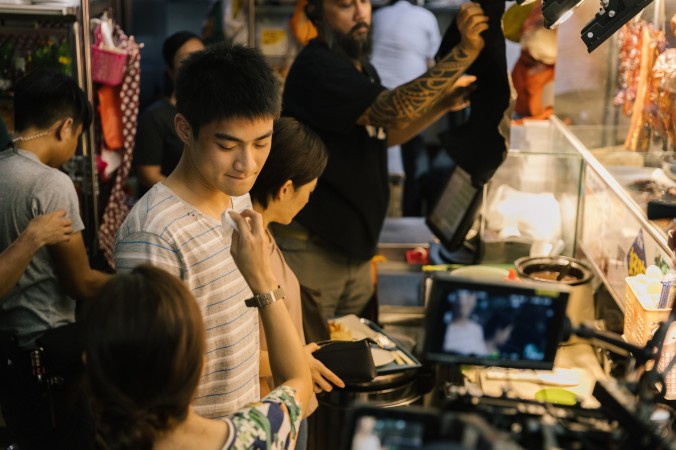 Taiwanese actor Devin Pan plays Brian, Lian’s son. Speaking in Mandarin, Pan called the meltdown scene the “most challenging scene” he has ever filmed. “You need to be very physically and mentally strong to make it through scenes like that,” he said.

Yeo and Pan worked during rehearsals to form the mother-son bond their characters must share, and it carried over into the interviews with Pan holding Yeo’s hand when he felt nervous about being surrounded by the media. Speaking about working with Yeo, Pan said “I think this is the most fortunate thing that’s happened to me since I’ve left Taiwan to take on this job.” Both Yeo and Pan have a theatre background and he commented that they have similar personalities, saying “We’re both relatively carefree and easy-going but we focus on the performance, so we find it easy to play off each other when we’re acting.”

The series was born out of a desire to tell the stories of people whom we pass by on the street everyday in Singapore and wouldn’t necessarily give a second glance. “Every coffeeshop has a drinks stall aunty, but you never really think about who she is,” Ler explained. “That’s what I’m trying to do, to tell a story about people like that whom you’d walk by and never really notice; in regular dramas they’d just be extras,” he remarked.

Yeo gained a new appreciation for what it’s like to work at a drinks stall in a coffeeshop. “Even just staying there for five minutes is not an easy thing, it’s very hot inside, it’s really not easy,” she said.

Yeo also took her seven-year-old daughter onto the HDB flat set the previous night. “She saw us struggling, melting down, fighting,” Yeo said. “I asked her ‘are you afraid of it?’ and she said ‘no, it’s fake!’” Yeo said her daughter does have some interest in acting, but that her dream job is an art teacher.