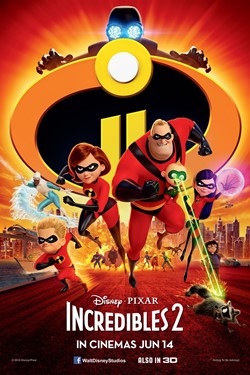 A lot can happen in 14 years. While that’s how long audiences have had to wait for a sequel to Pixar’s The Incredibles, barely a minute has elapsed in-universe.

Incredibles 2 picks up right where the first film left off. Bob Parr/Mr. Incredible (Craig T. Nelson), his wife Helen/Elastigirl (Holly Hunter), and their children Violet (Sarah Vowell), Dash (Huck Milner) and Jack-Jack (Eli Fucile) seem like the ideal crime-fighting family. However, superheroes are still deemed illegal, with the authorities blaming the Incredibles and their ilk for the collateral damage incurred.

Enter Winston Deavor (Bob Odenkirk), heir to a telecommunications fortune and superhero fanboy. Together with his sister Evelyn (Catherine Keener), Winston runs DeavorTech and has a plan to win over the public and lawmakers, to make superheroes legal again. Bob feels a touch insecure when DeavorTech gravitates towards Helen, making her the face of this campaign while he’s left at home looking after the children.

To complicate things, Jack-Jack begins manifesting an array of powers. In the meantime, Elastigirl faces off against a dastardly villain called ‘the Screenslaver’, who hypnotises his victims via monitors. Together with long-time allies Lucius Best/Frozone (Samuel L. Jackson) and fashion designer Edna Mode (Brad Bird), The Parr family must adjust to the new status quo and save the world while they’re at it.

A follow-up to The Incredibles has been one of the most-requested films from Pixar fans. That movie was a game-changer, a stylish superhero film that also served as meta commentary on the superhero phenomenon. It’s been said that The Incredibles is the best Fantastic Four movie that could ever be made. It also touched on similar themes as the considerably more adult graphic novel Watchmen, primarily the relationship between superheroes and the public they protect, and following superheroes after they retire and attempt to adjust to everyday life.

As such, expectations for Incredibles 2 are sky-high. The film mostly meets those expectations. It’s unavoidable that the 14-year wait has dilated those expectations, but it’s important to consider how much the pop culture landscape has changed, and how big a boom the comic book movie genre has experienced in those intervening years. While Incredibles 2 isn’t as ground-breaking as its predecessor, it’s still enjoyable and, as expected from Pixar, finely made.

Many of the design elements first seen in The Incredibles are vividly expanded upon here. The appealing 50s-tinged retro-futurism is turbo-charged here – writer-director Brad Bird displays a similar mastery of nostalgia as he did with The Iron Giant. The Parrs move into a house that strongly resembles Frank Lloyd Wright’s Fallingwater, and Michael Giacchino’s score homages both John Barry’s James Bond scores and Neal Hefti’s Batman ’66 theme. The influence of the classic Fleischer Studios Superman cartoons is also strongly felt. It’s nostalgia on multiple levels, since audiences are already nostalgic for the first Incredibles film. However, most nostalgia-driven media these days is centred around the 80s or 90s, not the 50s, giving Incredibles 2 a degree of novelty. 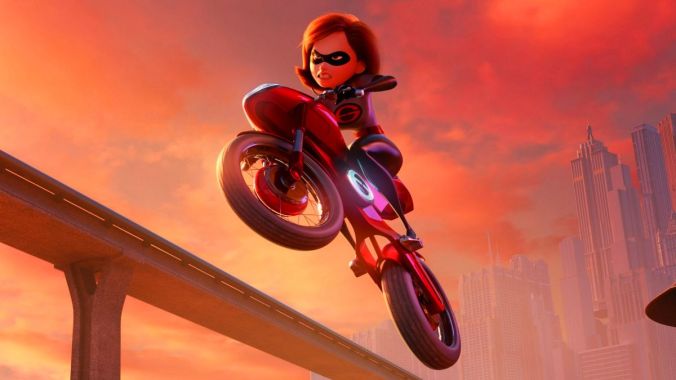 The action set pieces are marvels to behold. From the city-spanning spectacle of Elastgirl attempting to halt a runaway train to the physical comedy of Jack-Jack tussling with an unruly raccoon, Incredibles 2 packs in memorable, eye-catching moments. Several new superheroes, including the portal-generating Voyd (Sophia Bush), allow for even more dynamic visual invention. Every comic book movie seems to struggle with outdoing the last in terms of delivering spectacle, so its admirable that the action sequences in Incredibles 2 are as stylish and animated with as much panache as they are.

The characterisation remains consistent, and much of the fun and the heart in this film, as with the previous one, is in how convincing the Parrs are as a family unit. Superpowers may be thrown into the mix, but the interactions between parents and children are eminently relatable. Bob struggles with feeling inadequate as the spotlight is placed squarely on his wife, and the film fleshes this out instead of reducing it to a single joke. We see Bob try to be a good father to his three kids, struggling with understanding new math, helping Violet deal with relationship issues, and wrangling Jack-Jack, who can now disappear between dimensions (among other things). 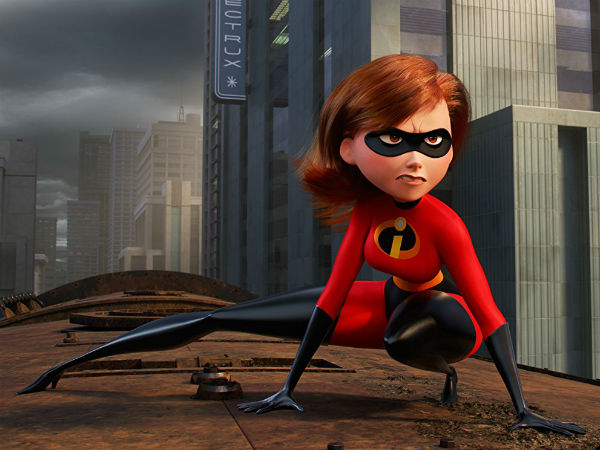 Helen wants to be there for her family, but enjoys the thrill of solo superhero work, realising how much she’s missed that. Given how filmgoers are opening up to female-led superhero movies, it makes sense to train the spotlight on Elastigirl. 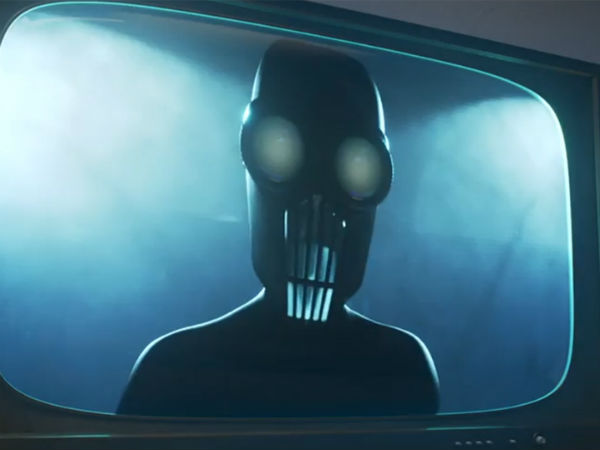 The Screenslaver has a cool gimmick and his character is commentary on our dependence on passive consumption of media. It’s meta, but not quite as meta as this reviewer was hoping. A supervillain with the power to control minds and brainwash heroes to do his bidding is hardly a fresh idea, but Incredibles 2 mostly makes it work.

The show is completely stolen by Jack-Jack. The film relishes in depicting the various mind-boggling abilities he exhibits, and how Bob and the other kids attempt to wrangle him. Lucius’ reaction to Jack-Jack’s powers is priceless, and the scene in which Bob goes to Edna for advice regarding the baby is hilarious. Despite a tendency to take the form of a demon, Jack-Jack is adorably good-natured yet not overly cutesy. 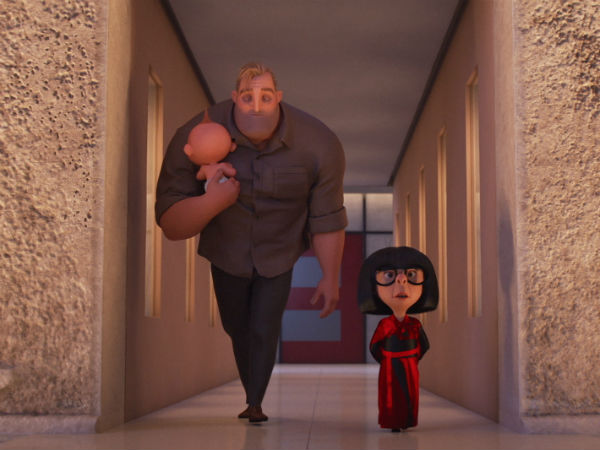 If you loved The Incredibles, there’s a lot in Incredibles 2 to enjoy. It might not reach the same heights as its predecessor, nor is it as poignant and emotional as many Pixar films, but it’s clear that plenty of love and effort went into constructing this stylish, entertaining movie. 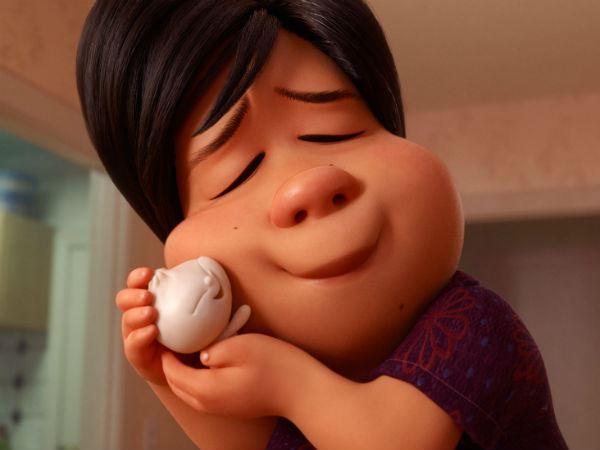 Bao, the short film directed by Domee Shi that precedes the feature, is a gorgeously-animated, adorable and heart-rending meditation on empty nest syndrome which also plays on how integral food is to familial relations in Chinese families. Try not to watch it hungry. 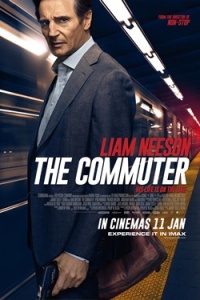 Commutes to and from work generally aren’t fun. We get on the bus or the train, and just want it to be over with. It’s less fun when the mass rapid transit system breaks down, or shuts down for full days for maintenance. No, we’re not speaking from personal experience, why do you ask?

For Michael MacCauley (Liam Neeson), his commute home from work becomes something worse than “not fun” – a matter of life and death. Michael is a New York police officer-turned insurance agent. On the Metro North Hudson Line, Michael is approached by Joanna (Vera Farmiga), a woman whom he’s never met. Joanna gives Michael a task to solve, promising a financial reward. This mission seems simple, but gets deceptively complicated. 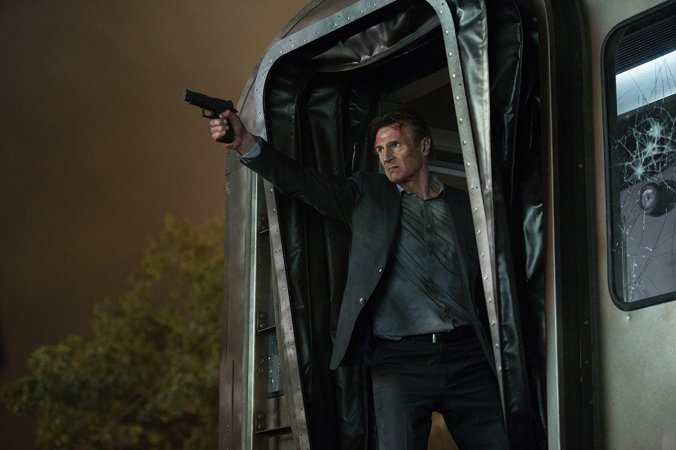 The puzzle soon turns deadly, and Michael must track down a mysterious passenger on the train and secure a sensitive item they’re carrying, or disastrous consequences will ensue. In addition to the passengers on the train, the lives of Michael’s wife Karen (Elizabeth McGovern) and son Danny (Dean-Charles Chapman) are at stake. Michael turns to his former police partner Alex Murphy (Patrick Wilson) for help, but the shadowy forces controlling the game are watching Michael’s every move. 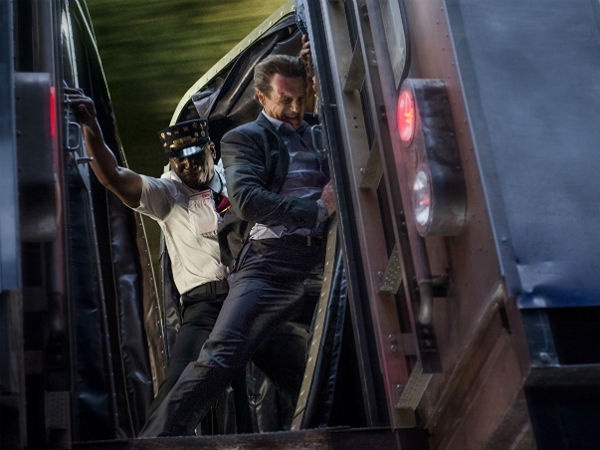 The Commuter re-teams Neeson with director Jaume Collet-Serra, who helmed Unknown, Non-Stop and Run All Night. Neeson did not star in Collet-Serra’s last film The Shallows, truly a missed opportunity to have Neeson voice the shark. It’s easy to see why the star and director were attracted to the screenplay, written by Byron Willinger, Philip de Blasi and Ryan Engle. This promises to be a Hitchcockian mystery thriller, a little bit Strangers on a Train, a little bit North by Northwest. It’s a safe distance from the generic “guy holding a gun while grimacing” action thriller, which Neeson has done his fair share of. 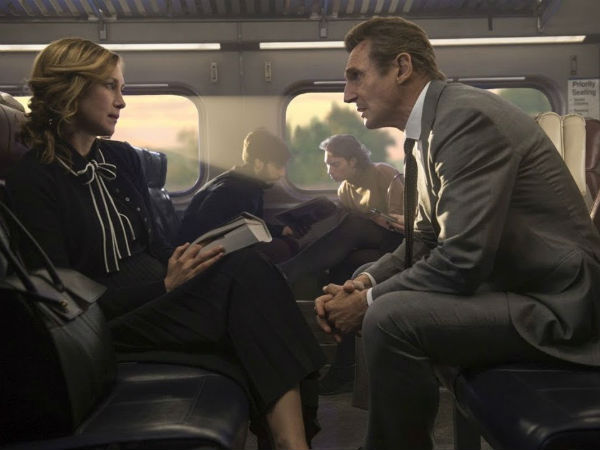 Collet-Serra is adept at setting moods, and while he has overdosed on the stylistic flourishes in previous films, there’s just the right amount of flashiness here. We get moments like the camera pulling through a hold punched in a train ticket that’s slotted into the back of a seat, and a Vertigo-style dolly zoom effect for good measure. It offsets the dullness of the train car setting. Production designer Andrew Bridgland does a commendable job of creating an entirely believable set.

However, it soon becomes clear that this train is on a somewhat rickety set of rails. The set-up is so engrossing and the tension so masterfully constructed, one can’t help but think “the pay-off can’t be that good, can it?” When all is revealed, it’s far from a cop-out, but is still something of a let-down. The conspiracy at the heart of Michael’s predicament is patently mundane, and while the film runs through as many twists as possible before reaching the denouement, said denouement is hardly surprising. The climactic action set-piece is also a mite overblown, heavy on the visual effects and at odds with the grounded feel the rest of the movie was going for. 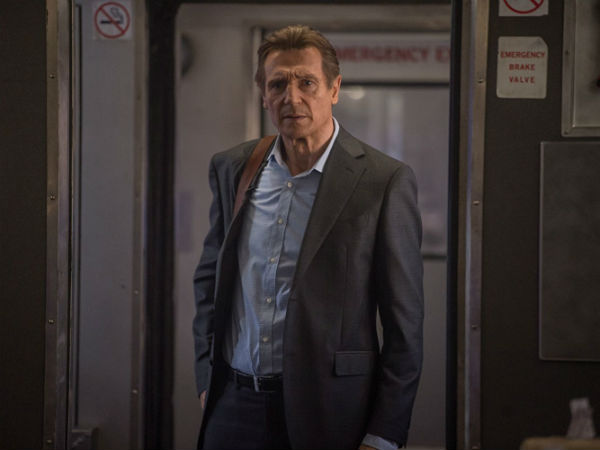 Neeson is as dependable a leading man as ever, and some aspects of the character have been tailored to him – Michael is an Irish immigrant, so Neeson gets to use his natural accent. Michael is meant to be a relatable everyman, but was also a cop, which functions as a built-in excuse for why he’s so good at fighting. Even so, several sequences strain suspension of disbelief, but they’re as exciting as they are outlandish so we’ll let that slide. 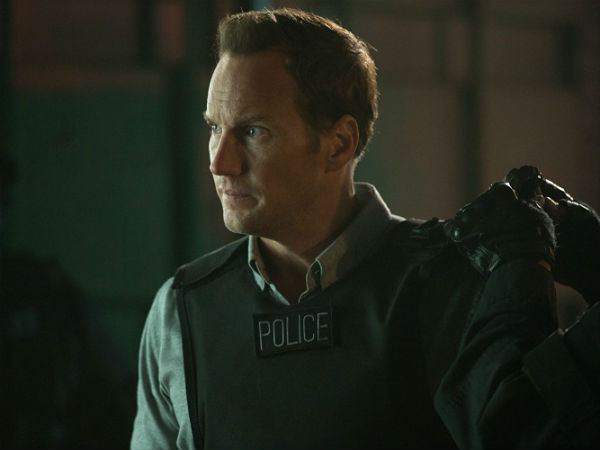 Neeson is pulling almost all the weight here, and the supporting cast features several interesting actors who are almost entirely wasted. Jonathan Banks, familiar to Breaking Bad fans as Mike the Cleaner, gets a nearly non-existent part. The Conjuring stars Patrick Wilson and Vera Farmiga, who don’t share any scenes here, are both somewhat memorable but still underutilised. Sam Neill does almost nothing. Perhaps it’s part of strengthening the red herring effect, in that we know so little about all the other characters that everyone is a viable suspect, but it’s disappointing that Neeson doesn’t get to play off any of these other performers. 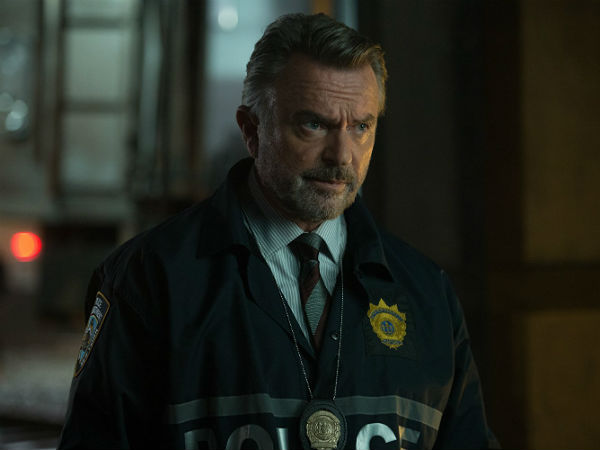 The Commuter is a good deal more interesting that your average disposable released-in-January action thriller, thanks to Collet-Serra’s confident direction and an initially-fascinating mystery. Liam Neeson is also doing a little more than the typical running and gunning we’ve seen from his recent oeuvre. Unfortunately, there’s a good deal of unintentional silliness to contend with, and the resolution to the mystery is efficient but ho-hum.