After a brief sojourn into Hollywood glamour, writer-director John Carney returns to the green, green grass (and cigarette butt-strewn alleyways) of home with this musical comedy-drama.

It is 1985 in inner-city Dublin and Conor Lalor (Walsh-Peelo) is the new kid at Synge Street CBS, having switched schools due to his family’s financial difficulties. Conor’s dad Robert (Gillen) and his mum Penny (Doyle Kennedy) are constantly at each other’s throats, Conor’s elder brother Brendan (Reynor) and sister Ann (Thornton) caught in the crossfire. In the hopes of impressing Raphina (Boynton), an aspiring model on whom Conor immediately develops a crush on, he forms a band. The enterprising Darren (Carolan) positions himself as the band’s manager and introduces Conor to talented multi-instrumentalist Eamon (McKenna), who begins to collaborate with Conor on writing songs. Roping in other Synge Street students, the group calls themselves ‘Sing Street’, with Raphina becoming the star of their music videos and their makeup artist. With input from Brendan, the band experiments with looks and styles as Conor runs afoul of principal Brother Baxter (Wycherly) and comes to terms with his affections for Raphina.

Carney’s calling card is 2006’s Once, the breakthrough indie sensation that was eventually adapted into a stage musical which swept the Tony Awards. As alluded to earlier, Carney hopped the pond for Begin Again, set in the L.A. music business and starring Keira Knightley, Mark Ruffalo and Adam Levine. Sing Street strikes a happy medium between the grainy guerrilla filmmaking of Once and the glossy polish of Begin Again. The coming-of-age tale is a straightforward and familiar one, but is told with boundless conviction and earnestness. Synge Street was Carney’s boyhood alma mater, and it’s abundantly evident that this is a heartfelt personal project. Sing Street’s spirited optimism is tempered with honest observations of how young Dubliners were migrating en masse to England in the 80s, fearing their lack of prospects back home. The phrase “feel-good movie” is wont to induce an eye-roll or two, but Carney doesn’t so much melt away the viewer’s cynicism as disintegrate it with a blowtorch. 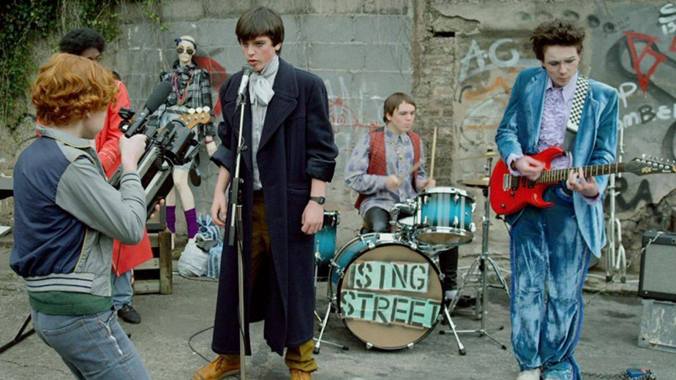 Carney recently came under fire for his unflinching criticism of Knightley, saying “I’ll never make a film with supermodels again.” He’s since apologised for those comments and in the light of that, it seems Carney is more at ease working with relative unknowns. In Walsh-Peelo, he has found an endearing star brimming with “aww shucks” charm. There’s nothing phony about Walsh-Peelo and in portraying Conor’s tentative steps in his journey of self-discovery and through the garden of young love, the actor never overplays Conor’s awkwardness. That said, it’s rather convenient how Conor goes from guessing at guitar chords to a fairly proficient lead singer and guitarist pretty much overnight. 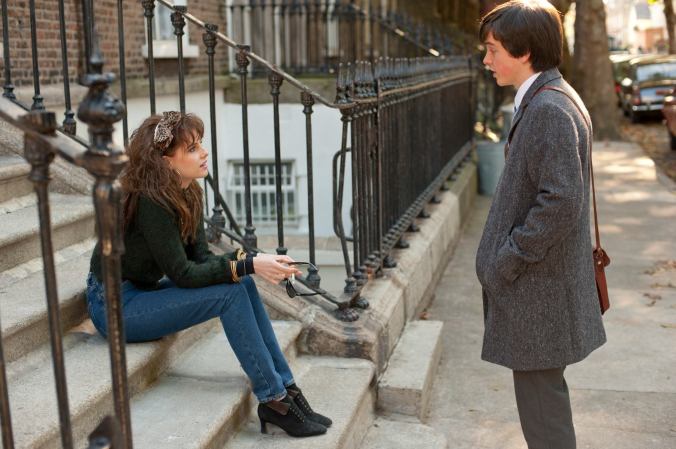 Audiences have become all too painfully wary of the “manic pixie dream girl” trope, so rest assured that through Carney’s writing and Boynton’s winning portrayal, Raphina is very much an actual character. Instead of being an icy unattainable trophy, Raphina quickly becomes invested in Conor’s musical endeavours and the romance between the two unfolds in an idealised yet believable fashion. Reynor may have come off as a generic pretty-boy in Transformers: Age of Extinction, but as the disaffected ne’er-do-well who disguises his love for his brother in snarky aloofness, he is the bearer of the film’s most emotional moments.

Sidekick/wingman duty is shared mainly among Carolan’s Darren and McKenna’s Eamon, and cheesy though it may sound, there’s an irrepressible joy to be had in seeing like-minded friends join hands in pursuit of a common dream. Gillen’s presence is a mite distracting to anyone who can’t see him as anyone but Game of Thrones’ Littlefinger. It’s also a bit of a missed opportunity that Doyle Kennedy, a singer-songwriter who broke into acting with The Commitments (to which Sing Street has been favourably compared), doesn’t get to break into song herself.

The nostalgia that permeates Sing Street is justifiable at every turn and it never feels like Carney is invoking beloved 80s pop culture hallmarks just for the sake of it. A large part of the movie’s appeal can be found in its cultural specificity, but the story’s bell-like resonance transcends any such boundaries. Songs from Duran Duran, The Cure and Hall & Oates populate the soundtrack, sitting alongside original compositions by Carney, 80s pop composer Gary Clark, Northern Irish rock band Relish’s Ken and Carl Papenfus as well as Graham Henderson and Zamo Riffman. Adam Levine co-wrote and performs the song Go Now, for this reviewer at least, his involvement undercuts the authenticity somewhat. 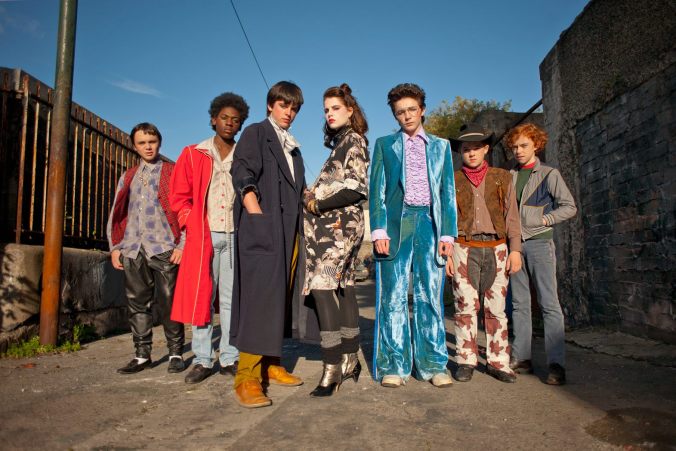 Oddly enough, Sing Street reminded this reviewer of Super 8: both films are coming-of-age tales revolving around artistic pursuits, affectionate throwbacks to a bygone era infused with nostalgia. Instead of B-movies, the kids here are making their own music videos, and it’s served with more potatoes and less alien monster mayhem. Reminiscent of John Hughes’ work in the best possible way while also proudly and unmistakably Irish, Sing Street is a joyous ode to being young and foolish.

Summary: This heartfelt tale of music makers and dreamers of dreams will put a song in your heart and a spring in your step.