The nominees for the 90th Academy Awards were announced on 23 January at the Academy of Motion Picture Arts and Sciences (AMPAS) headquarters, by actors Tiffany Haddish and Andy Serkis. This will prove to be an eclectic year for the Oscars, and even before the ceremony has taken place, history has already been made. There were the usual suspects, including Meryl Streep earning her 21st nomination and Daniel Day-Lewis his sixth. There were some surprises too, and fantasy, horror and comedy films got more recognition than usual. 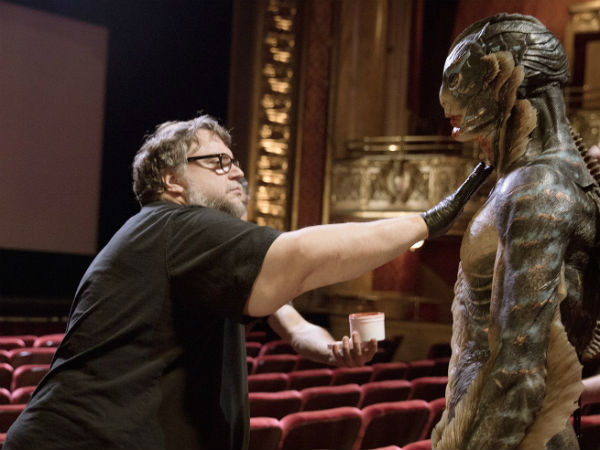 “I share these nominations with all the young filmmakers in Mexico and Latin America who put their hopes in our craft and the intimate stories of their imagination,” del Toro said. Like Nolan, he earned his first Best Director Oscar nod this year.

The Shape of Water’s leading lady Sally Hawkins added, “It is a privilege to tell such stories and to be able to make films that show there is a life beyond the life that people know – one that is not always seen.” 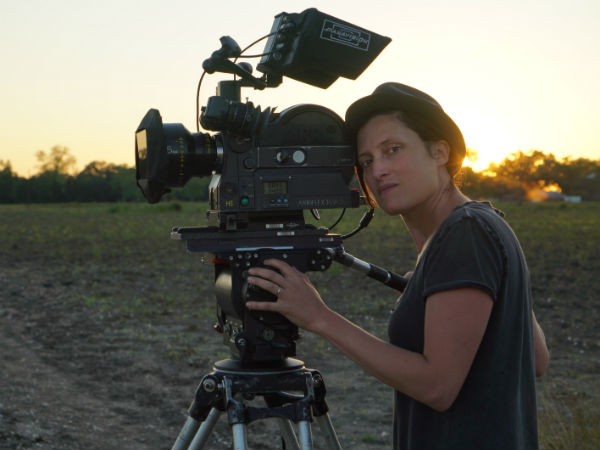 Lady Bird and Mudbound, Female-centric films from women directors garnered several nods, including a Best Director nomination for Ladybird director Greta Gerwig. Rachel Morrison, the Director of Photography for Mudbound, made history as the first woman to be nominated for the Best Cinematography Oscar.

“I am struggling to find the words to express how much the nomination for best director and best screenplay means to me — in a year where there are so many brilliant films by so many of my heroes of cinema — all I can say is thank you from the bottom of my heart,” Gerwig said.

Get Out, the satirical horror comedy which has been hailed as one of the best films of 2017 but which seemed like a bit of a long shot for awards season recognition, earned four nominations, including Best Picture. Director Jordan Peele and actor Daniel Kaluuya were also nominated. “I just spoke to Daniel. You know when you’re on the phone trying to disguise the sound of an ugly cry? I failed at that,” Peele wrote on Twitter upon hearing the news of the nominations.

Other unexpected nods include a Best Adapted Screenplay nomination for Logan, seeing as comic book movies aren’t typically recognised in non-technical categories at the Oscars. Phantom Thread, seen as a bit of a long shot apart from Day-Lewis’ starring role, also picked up a Best Supporting Actress nomination for Lesley Manville.

In the snubs corner, Wonder Woman was completely shut out, even from technical categories. Three Billboards Outside Ebbing, Missouri director Martin McDonagh was nominated in the Best Original Screenplay category, but not Best Director. Mudbound director Dee Rees was not nominated either. Many industry watchers felt that The Post’s Steven Spielberg was a safe bet for a Best Director nomination. Jessica Chastain also lost out on a Best Actress nod for Molly’s Game, perhaps edged out of the category by Margot Robbie in I, Tonya.

The Oscars ceremony takes place of 4 March at the Dolby Theatre, hosted by Jimmy Kimmel.

Call Me by Your Name
Darkest Hour
Dunkirk
Get Out
Lady Bird
Phantom Thread
The Post
The Shape of Water
Three Billboards Outside Ebbing, Missouri 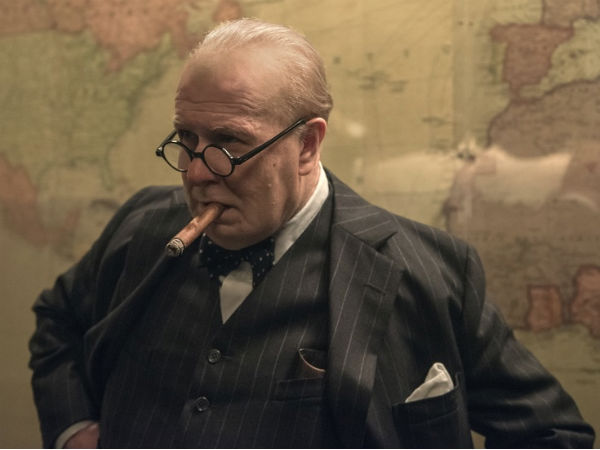 BEST ACTOR IN A LEADING ROLE:

BEST ACTRESS IN A LEADING ROLE:

BEST ACTOR IN A SUPPORTING ROLE:

BEST ACTRESS IN A SUPPORTING ROLE: 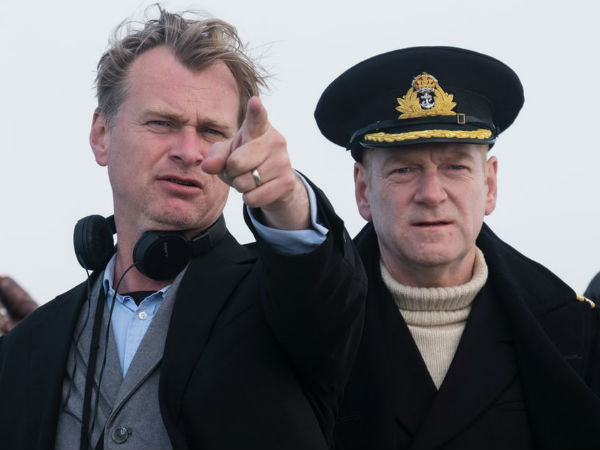 “Mighty River” from Mudbound, Mary J. Blige
“Mystery of Love” from Call Me by Your Name, Sufjan Stevens
“Remember Me” from Coco, Kristen Anderson-Lopez, Robert Lopez
“Stand Up for Something” from Marshall, Diane Warren, Common
“This Is Me” from The Greatest Showman, Benj Pasek, Justin Paul

Irish writer-director Martin McDonagh traverses from In Bruges to Outside Ebbing, after a detour caused by Seven Psychopaths, with his third feature film.

The film revolves around Mildred Hayes (Frances McDormand), a divorced mother grieving the death of her daughter Angela (Kathryn Newton). A year after Angela’s rape and murder, no arrests have been made. Mildred rents out three disused billboards (three guesses as to where they’re located), calling out Ebbing Police Chief William Willoughby (Woody Harrelson).

The billboards draw a strong reaction from the Ebbing populace, including Officer Jason Dixon (Sam Rockwell) – not least because Willoughby has terminal pancreatic cancer. Both Mildred’s son Robbie (Lucas Hedges) and ex-husband Charlie (John Hawkes) take issue with the billboards, blaming Mildred for reopening that wound. Mildred still has a few people in her corner, including her co-worker Denise (Amanda Warren), and James (Peter Dinklage), who harbours feelings for Mildred. Mildred hopes the billboards will put pressure on the police to solve the case, but unexpected, violent consequences ensue.

If Seven Psychopaths was McDonagh channelling Quentin Tarantino, then Three Billboards Outside Ebbing, Missouri is McDonagh channelling the Coen Brothers. It’s a happy coincidence that Carter Burwell, who has scored most of the Coens’ movies, has also scored McDonagh’s previous two films. It seems less coincidental that McDormand, oft-collaborator of the Coens and the wife of Joel Coen, plays the starring role.

However, this is no mere act of mimicry. McDonagh, who is also an accomplished playwright, has brought his own lyricism to each of his films. Three Billboards is the most serious film McDonagh has made, but it isn’t without its outstanding moments of pitch-black humour. 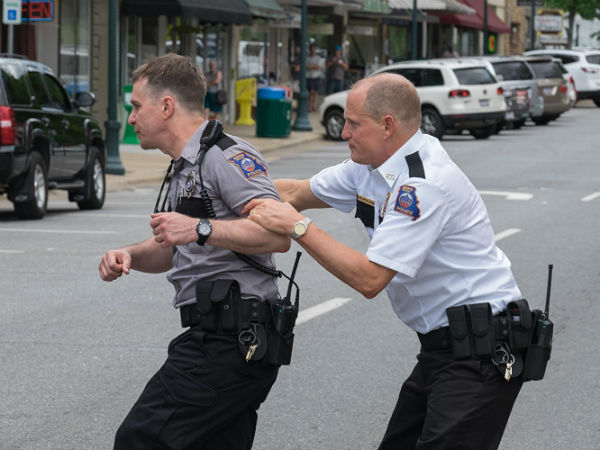 In part because of the pulpier elements of McDonagh’s two earlier films, one might go into Three Billboards expecting all the characters to be broadly-drawn archetypes. It seems almost by design that the audience thinks they have each player in this story figured out the moment we see them. “There’s the righteous mother,” “there’s the lazy cop”, “there’s the scumbag ex-husband”, that sort of thing. The surprises along the way are organic and well thought-out.

While Three Billboards wears its references on its sleeve, it subverts expectations with masterful subtlety. The dialogue, stuffed with words we can’t print, sounds authentic as spoken by these characters – especially impressive considering the writer-director isn’t American. The fictional town of Ebbing, Missouri has a realistic bleakness to it, and does seem like the place where something awful might happen and the world at large just wouldn’t notice it. 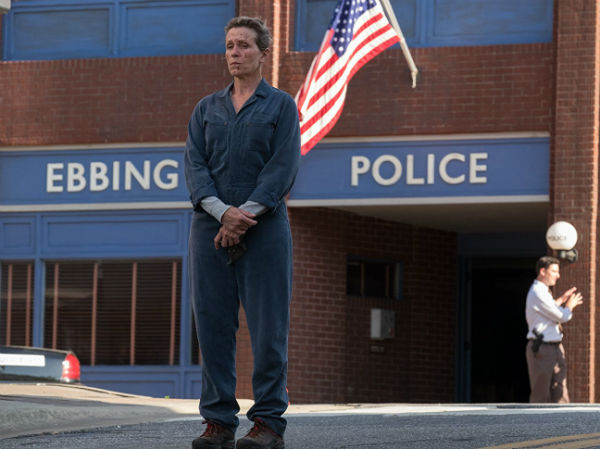 McDormand leads an ensemble of talented actors who do the material justice and then some. When it comes to strong performances per capita, Three Billboards is at the top of the heap this awards season. All the performances are the right degree of over-the-top – colourful and exaggerated enough to grab the viewer’s attention, but not to the point of being cartoony.

McDonagh wrote the Mildred role with McDormand in mind, and the character plays to all McDormand’s strengths as an actress. Mildred is tough-as-nails, bitter and takes no guff from anyone. Beneath the unyielding exterior, she is grappling with unspeakable grief and frustration and is a deeply flawed, conflicted person. The dramatic move she makes in renting out the billboards stirs up trouble, just as she planned, but she ultimately gets more than she bargained for.

We’re conditioned to root for Mildred and against Chief Willoughby, so we’re naturally surprised when the Chief ends up being not an awful person. We won’t give away too much, but Harrelson is able to shade the character while making him a little larger than life, and the interplay between Willoughby and Mildred is intense but restrained.

Rockwell’s character goes through the most dramatic arc. Dixon is racist, lazy, belligerent and often abuses his authority – but that’s just how the character begins. Rockwell has often portrayed characters who are slimy charmers, but he digs deep here, delivering a layered, fascinating performance.

The supporting cast members all snap right into place. Hedges, who was nominated for an Oscar for Manchester by the Sea, is believably conflicted as Mildred’s son. Hawkes is aggressive but not ludicrously so as Mildred’s ex-husband Charlie. Samara Weaving steals the show several times as Penelope, Charlie’s dim-witted girlfriend, showcasing delightful comic timing. Dinklage is likeable and just awkward enough as the designated ‘nice guy’ whose affections for Mildred are unlikely to be reciprocated.

Not everything here works: the film’s handling of race is clumsy and inconsistent, and as the film barrels towards its conclusion, a few noticeable plot contrivances start stacking up. As assuredly as McDonagh handles the tone, some viewers might still find it jarring when the film moves from its truly harrowing moments to its lighter-hearted ones.

Three Billboards succeeds as an indie darling-type film that is rough around the edges and is never too precious about itself. The film recently collected four Golden Globes, including Best Motion Picture Drama and awards for McDormand and Rockwell. The film’s peculiar yet finely tuned mix of grimness and off-kilter humour keeps it interesting, and its performances, especially McDormand’s, are thoroughly riveting.