THE 9th LIFE OF LOUIS DRAX

Director Alexandre Aja takes us past the plane of consciousness in this supernatural mystery thriller. Louis Drax (Longworth) is a peculiar, disturbed and highly accident-prone boy who is rescued after a fall from a cliff on his 9th birthday. Louis remains comatose, and Dr. Allan Pascal (Dornan), a paediatric coma specialist, is brought on to see if Louis can be revived. Louis was with his mother Natalie (Gadon) and his father Peter (Paul) at a picnic atop a cliff. The police try to ascertain whether it was an accident or Louis was deliberately pushed, with suspicion falling on Peter, who has vanished after the incident. Dr. Pascal contacts Dr. Perez (Platt), a psychiatrist who was treating Louis, to gain insight into the way Louis’ mind works. In the meantime, temptation rears its head, as Natalie and the married Dr. Pascal find themselves drawn to each other. Trapped in an otherworldly realm, Louis befriends a mysterious entity known only as ‘the sea monster’, attempting to reach back out to our world.

The 9th Life of Louis Drax is adapted from the 2004 novel of the same name by Liz Jensen. Director Aja is part of the ‘splat pack’, and is known for gory, shocking horror films like Haute Tension and the remake of The Hills Have Eyes. The 9th Life of Louis Drax has elements of horror, but can’t quite be classified as that. In fact, it can’t quite be classified as much else – “supernatural mystery thriller” is as close as we got. This film is at once a whodunit, a relationship soap opera, a philosophical musing on the nature of the subconscious, a fantasy adventure and a noir mystery. Somewhere in there, a barnacle-encrusted creature reminiscent of the DC character Swamp Thing stalks about. Screenwriter Max Minghella appears to struggle with stitching these disparate components into a concinnate whole. The tone is difficult to place: it’s sometimes quirky, sometimes cynical, and sometimes sentimental.

‘Weird’ doesn’t have to be a pejorative – we can think of many films that are enjoyable by dint of their weirdness. The quality of being strange and surreal can be compelling and pull the audience in, but it can also be alienating and hold the audience at bay. Much of The 9th Life of Louis Drax falls into the latter category. There’s a mannered archness to the film, with nearly all of the acting coming off as exceptionally stiff. It’s one of those movies that makes us wonder, “how much of a bad performance is the actor’s fault, and how much is the director’s?” The dialogue is clunky and peppered with unsubtle lines like “men always act like fools around pretty girls”. Aja makes several stylistic choices that help the film become more engaging than it would be otherwise, but they aren’t sufficiently inventive. Perhaps it’s just bad luck that the Netflix series Stranger Things, which features similar motifs including a creature who lurks about a parallel plane, was recently released. 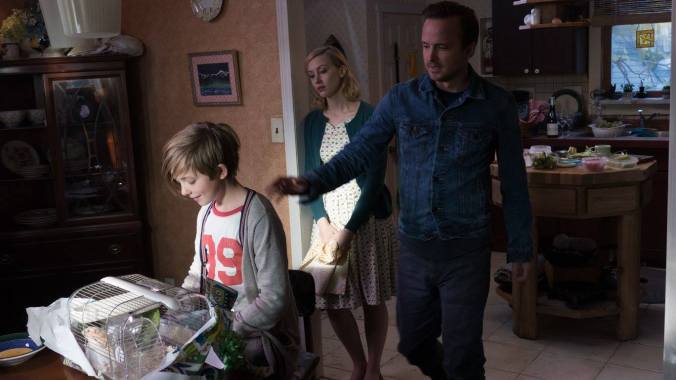 Another factor that kept this reviewer from getting fully involved in the story was that the main characters are all difficult to sympathise with. Louis is supposed to be more than the textbook troubled kid. He’s precocious and confrontational, exhibiting sinister proclivities. Longworth is unable to parse the ambiguity of the character, and as such Louis generally comes across as a budding serial killer instead of a brilliant but mal-adjusted child who needs guidance and bespoke care. There are several sequences in which Louis narrates the film, and while we understand the storytelling reasons behind perspective shifts, these seem twee and out of place.

The smouldering, not especially charismatic Dornan plays Dr. Pascal as if he were a sexy doctor in Grey’s Anatomy. It’s extremely difficult to buy Dornan’s Pascal as an expert in his field, and all of the ‘forbidden romance’ intrigue feels terribly mundane when juxtaposed against the supernatural and psychological aspects of the story. And yes, he’s still audibly wrestling to suppress his Irish brogue. 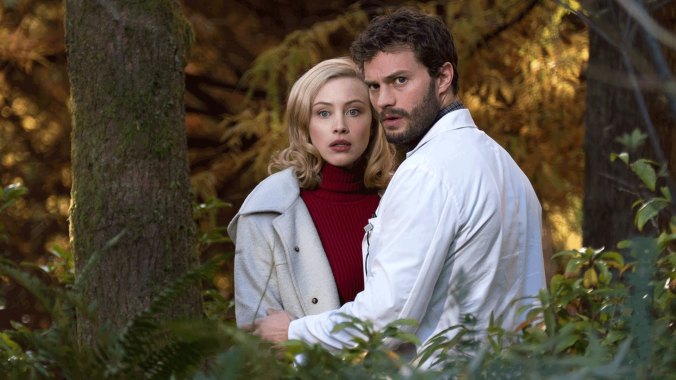 Gadon may not be an A-lister yet, but she has more or less established a niche for herself as a modern Hitchcock Blonde. She plays this to the hilt here: is Natalie a misunderstood and loving mother who is the victim of her husband’s abuse, or is she a malicious black widow who knows more than she’s letting on? The character isn’t quite one-dimensional, but is still very much a caricature. Natalie never feels like an actual person, which is another hindrance in The 9th Life of Louis Drax being genuinely absorbing.

Paul has comparatively little screen time, since much of the mystery revolves around the true nature of Peter Drax. He’s an inherently likeable actor but he’s also adept atplaying roles with a dark side, which serves him well here. Platt might be the best thing about The 9th Life of Louis Drax. We’ve been conditioned to be wary of psychiatrists and psychologists in suspense thrillers, but Platt manages to be a calm, comforting presence. Despite being treated with hostility by his patient Louis, Dr. Perez remains invested in his mental well-being. 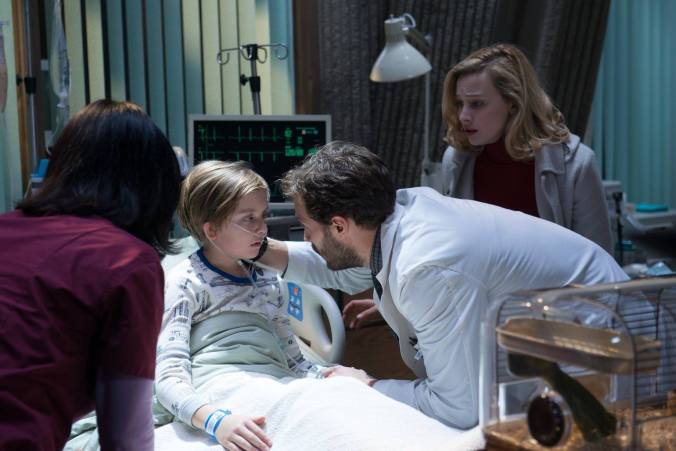 In an interview with ScreenwritingU magazine, Minghella explained that he deliberately set the film “in the heightened reality of movies…where the characters are all somewhat archetypal so then we can process these wild and abstract ideas more comfortably.” This makes sense, but there’s also the danger of the audience being painfully aware that they are watching a movie and thus being unable to dive into the story headfirst. With so many moving parts, this reviewer was distracted by the turning gears and thus couldn’t get lost in the mystery itself.

Summary: The 9th Life of Louis Drax is an interesting type of bad. Fascinating ideas and potentially moving moments are done a disservice by the stilted approach; its weirdness off-putting rather than beguiling.