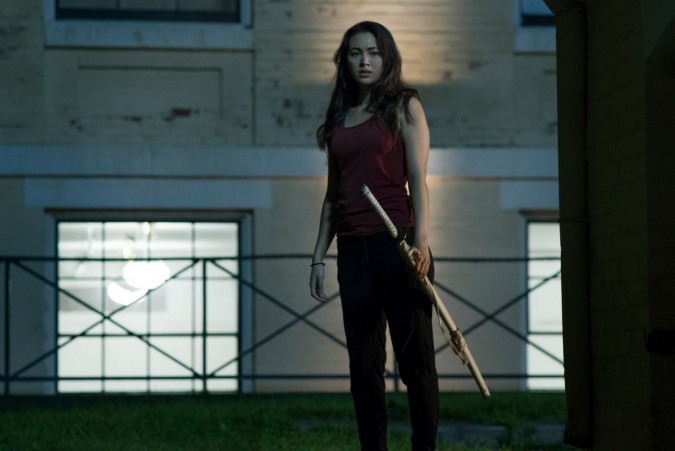 While most reviews for Marvel/Netflix’s Iron Fist series have been negative, it seems that critics agree that Jessica Henwick’s performance as Colleen Wing is an outstanding aspect of the show. The 24-year-old actress is best known for her supporting role as Nymeria Sand in Game of Thrones, and had a cameo in Star Wars: The Force Awakens as X-Wing pilot Jessika Pava.

Colleen is a martial arts instructor who comes across the show’s protagonist Danny Rand (Finn Jones) while he is practicing martial arts in the park. At first, she wants nothing to do with this strange homeless man, but as she gradually finds out more about Danny’s background, including his training in a mystical monastery called K’un Lun, she becomes sympathetic to his cause. While there is still mistrust between Danny and Colleen, Colleen comes to fight alongside Danny and respect his place as the Iron Fist of legend.

Speaking exclusively to F*** over the phone from London in December 2016, Henwick spoke about the nature of Colleen and Danny’s relationship, filming the fight scenes, her impressions of the late Carrie Fisher and what she thinks about Colleen not having an official action figure of her own just yet.

What can you tell us about Colleen Wing and the place she occupies in the Marvel Cinematic Universe?

JESSICA HENWICK: Colleen Wing runs a dojo in New York, in Chinatown. She’s a very cool character in that she’s travelled a lot of the world and has settled down here in New York. She’s struggling to make ends meet, she’s got money problems, but she’s just about managing. She’s very independent, very much a lone wolf and doesn’t want to get help from anyone. She just about manages on her own and she comes across Danny. He comes in and ruins her life [laughs].

What is the nature of Colleen and Danny’s relationship?

It’s a very interesting relationship in that, if you’ve seen the trailer, people think he’s kind of crazy. He’s a person who’s been missing for however many years and he’s been in this mystical place called K’un Lun being trained by monks. She thinks there’s more to him than just a lie; her gut tells her that he’s telling the truth.

Would you say that Colleen and Danny are kindred spirits in a sense?

Are Colleen and Danny kindred spirits? In some ways, you’ll have to wait and see.

The partnership between Colleen Wing and Misty Knight is something fans have been looking forward to for some time. Will we see the seeds of that being sown in this first season of Iron Fist?

I think Misty’s not in Iron Fist, but you certainly ways in which she could be introduced and I would love to see it.

We read that you actively pursued the role. What was the audition process like?

I was one of the very first actresses to audition for the role and we did some screen tests with me and Finn. It was fun, I’ve known Finn for a couple of years, he’s very easy to work with. I got on a plane, and when I landed, I got a phone call from the head of Marvel who said “welcome to Marvel”.

Having played Jess Pava in The Force Awakens and Colleen Wing in Iron Fist, you’ve now joined an elite club of actors who have been in both Star Wars and the Marvel Cinematic Universe, including Samuel L. Jackson, Natalie Portman, Mads Mikkelsen and Andy Serkis. How does it feel to have accomplished this? 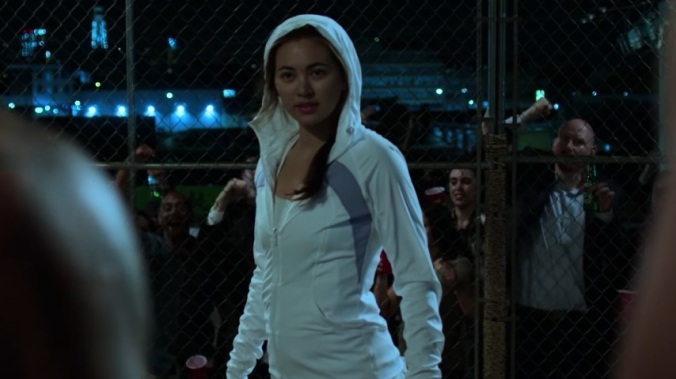 What has the physical training been like, and what action sequences can we look forward to seeing Colleen Wing in?

There are really cool action sequences because she’s in a fight club. I get to wear the tracksuit, like she wears in the comics, the white suit. She’s in very cool fights, and I have another fight with a woman that’s probably my favourite fight in the show.

How would you compare working on a HBO show like Game of Thrones to working on a show for Netflix like Iron Fist?

Game of Thrones is quite unique in that it has such a huge budget that I feel that I’m working on a feature film. Netflix is interesting in that it’s digital media, it’s not mainstream television and it’s a very unique project.

Gosh, I just heard about that, I know…

Did you have any interaction with her while working on or promoting The Force Awakens and what can you tell us about her if so?

I did meet Carrie Fisher. I only worked on Star Wars for about two weeks. I met her very, very briefly. I didn’t have too many interactions with her when we were on set, even though we were both on set, she kind of kept to herself. She’s a very gregarious, bubbly, wild personality, I would say. She was the life of the party. I regret that I had a very, very short time with her. It’s been a hard year, we’ve lot of actors and musicians. I think Carrie’s touched a lot of people around the world and a lot of people will remember her fondly.

Who are some actors whom you admire or look up to?

What are some of the characters in the Marvel Cinematic Universe at large that you’ve gravitated to?

I love Iron Man, specifically Robert Downey Jr. Who else in the Marvel universe? Hmm…oh, there’s this new role in Guardians of the Galaxy [Vol. 2], Mantis, played by Pom Klementieff. Mantis is such a cool role from the comic book and I’m excited to see what she does with it, I think she’ll knock it out of the park. 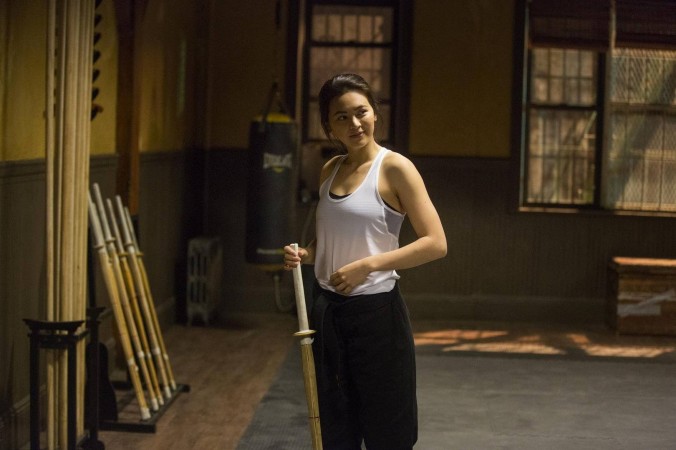 Finally, an official Colleen Wing action figure doesn’t yet exist. Can we start a campaign for Hasbro to get right on that?

Yes please! That would be so much fun. I would love to see that. I think there’s been a Nymeria Sand bobblehead from Game of Thrones and obviously Jess Pava from Star Wars is now a LEGO character, but to get a real action figure which looks like me, that would be cool.