Robin Hood may steal from the rich to give to the poor, but he’s given Hollywood quite a lot since movies first existed. From Douglas Fairbanks to Errol Flynn, from Kevin Costner to Russell Crowe and from Cary Elwes to an anthropomorphic fox, this new trip through Sherwood Forest has Taron Egerton of Kingsman fame wielding the bow and arrow.

Lord Robin of Loxley (Taraon Egerton) is in love with Marian (Eve Hewson), a woman of a much lower social status. Their romance is rudely interrupted when Robin is drafted to fight in Arabia in the Third Crusades. While at war, Robin meets the Moor Yahya/John (Jamie Foxx), who is on the opposing side but who admires Robin’s principles and sees potential in the young nobleman-turned-soldier.

Robin returns to England to find the people being taxed to the breaking point by the treacherous Sheriff of Nottingham (Ben Mendelsohn). Under John’s guidance, Robin forges himself into a vigilante called the Hood, who steals from the Sheriff’s coffers and who eventually inspires a revolution. Alongside Marian, Will Scarlet (Jamie Dornan) and Friar Tuck (Tim Minchin), Robin leads the townspeople of Nottinghamshire in an uprising against the Sheriff and the Cardinal (F. Murray Abraham). 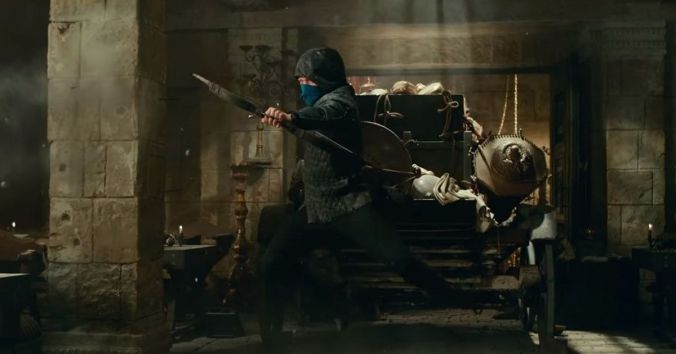 Because Robin Hood has been a mainstay of western popular culture for centuries, every time a new movie or TV version is announced, the first reaction is wont to be “do we really need this?” In a bid to prove its relevance, this new Robin Hood movie must set itself apart, aesthetically and otherwise, from its forbears. As a result, we get plenty of anachronistic costumes and an overtly political story – this version casts Robin as a soldier with post-traumatic stress disorder who leads proletariat protesters in a clash on the streets against what are essentially medieval riot police. There is quite a lot here to inspire an eye roll or two, but surprisingly, this Robin Hood is not altogether charmless and is reasonably entertaining.

The film begins with a voiceover that might as well go “this isn’t your grandfather’s Robin Hood”. Visual cues appear to be taken from the Arrow TV show (which is a little funny since the DC Comics character Green Arrow was directly inspired by Robin Hood), Assassins Creed and Game of Thrones. The action sequences are sufficiently propulsive and engaging, and the brutality does push the PG-13 rating a little. Despite the historically inaccurate costumes, the film doesn’t look cheap thanks to location filming in Croatia, Hungary, France and Morocco. 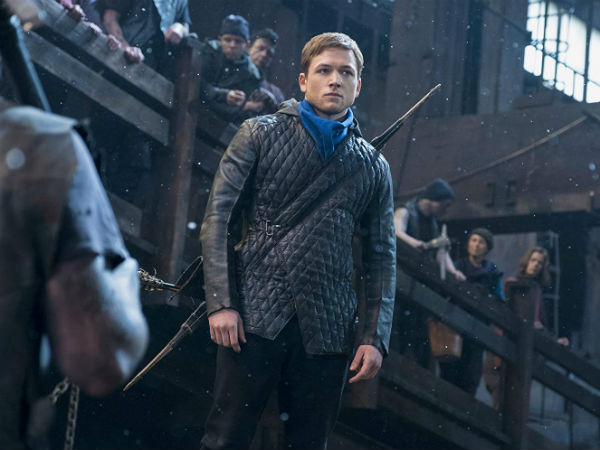 Taron Egerton pushes his Robin just an inch away from the stock boring hero type. The back-story given to Robin is familiar but mildly affecting, and this version plays up Robin’s status as an elite himself. Robin breaks bread with the upper crust by day and fights for the little guy by night, a little like the Scarlet Pimpernel, Zorro or Batman. Egerton brings the right amount of endearing boyishness and hunky physicality to the part. 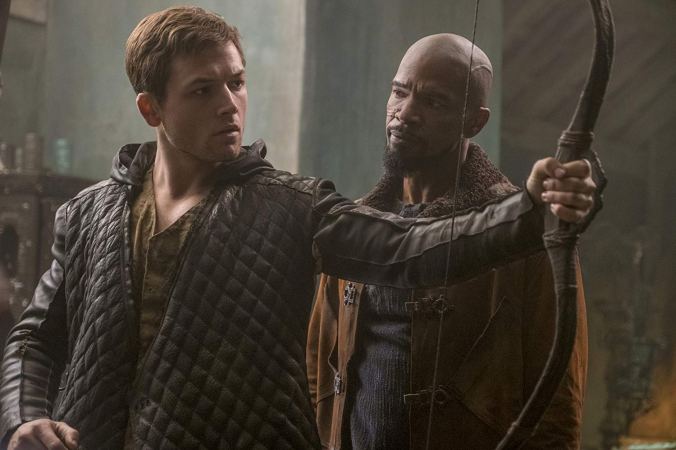 Jamie Foxx’s Little John is one of the story’s big departures from traditional tellings of the Robin Hood myth. It’s a serious turn for the actor and the character suffers some real losses within minutes of his introduction. There’s something vaguely inspiring in seeing Robin and John put aside their obvious differences to fight the oppressors, even if the seeing the beginnings of the merry men isn’t as thrilling as the filmmakers imagine it to be. 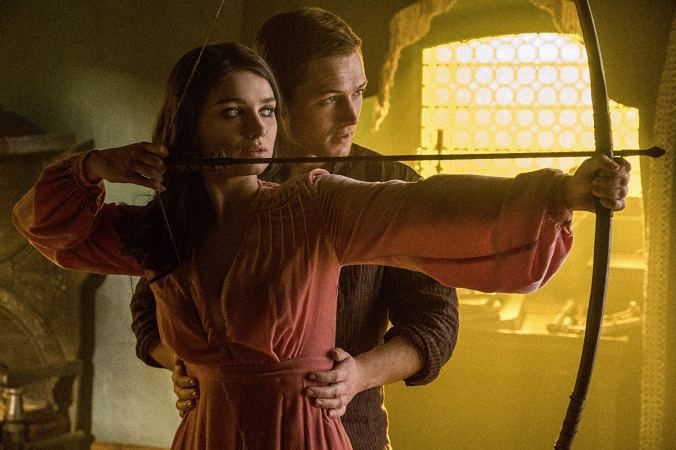 Maid Marian is often side-lined in Robin Hood stories, and while there is an attempt to give the character some agency, she still doesn’t get a whole lot to do. As played by Eve Hewson, Marian is kind of a community organiser who feeds the poor and rallies the people, and she winds up being instrumental in the revolution. The love triangle between Robin, Marian and Jamie Dornan’s Will Scarlet adds minimal dramatic tension and is one of the cheesier parts of the film.

Ben Mendelsohn has carved out a niche in Hollywood as the go-to guy for middle management supervillain roles, and the Sheriff of Nottingham falls right into that niche. It’s nothing we haven’t seen him done before, but it’s still some of the best bits of the movie. Mendelsohn alternates between sneering and screaming in a way that’s reminiscent of Gary Oldman’s many memorable villain roles, and it is a joy to hear the Sheriff of Nottingham go “they’re taking my money! KILL THEM!”

Tim Minchin adds a dash of Python-esque comic relief as Friar Tuck. This is clearly not the best use of Minchin’s myriad talents (the man composed the Matilda musical), but his presence in the movie does help keep things from being too self-serious. 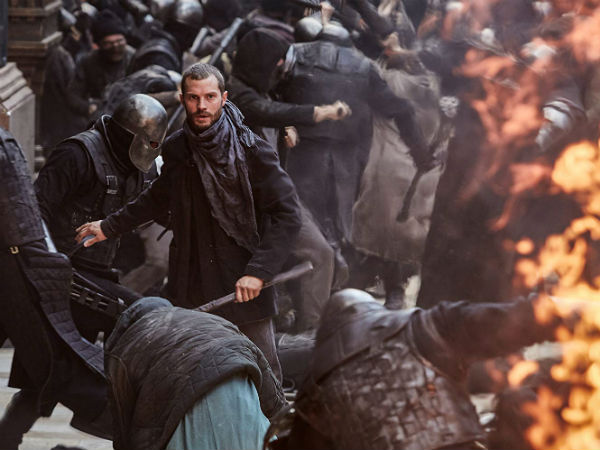 2018’s Robin Hood deserves some – maybe most –  but not all, of the cynicism it has been expectedly greeted with. We’ve seen studios try and fail at turning public domain characters into a comic book movie-esque franchise and Robin Hood’s sequel-begging is a little embarrassing, but in all its attempts to be ‘hip’ and relevant, this movie isn’t as entirely annoying as it could’ve been.