Five years after the divisive Prometheus, Ridley Scott takes audiences back to the realm of sci-fi horror he helped create with 1979’s Alien. It is the year 2104, 10 years after the events of Prometheus, and the colony ship Covenant is bound for the planet Origae-6. After a neutrino blast wakes the crew early, and a mysterious transmission is intercepted, Captain Christopher Oram (Crudup) decides to make a detour. Against the protests of terraforming specialist Daniels (Waterston), the Covenant sends a lander down to the planet where the transmission originated from. The android Walter (Fassbender) joins Oram, Daniels and other crew members on the expedition, as pilot Tennessee (McBride) awaits their safe return to the Covenant. On this uncharted planet, the crew encounters vicious, hitherto unknown life forms, resulting in multiple casualties. They also meet David (also Fassbender), an android who was the sole survivor of the Prometheus mission. Daniels, Oram and Walter quickly realise that the planet is home to something far more terrifying than the monsters that are pursuing them. 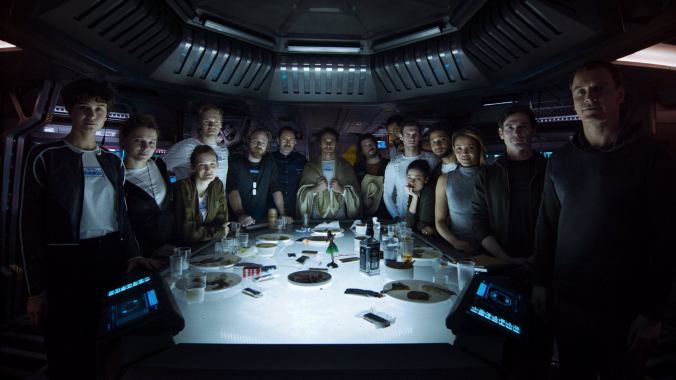 Prometheus left many unanswered questions in its wake. Since there are at least two more films planned after Covenant before the chronology links up to the original Alien, many of those questions remain unanswered. Alien: Covenant is executed with technical polish, boasting marvellous production values and convincing design elements. However, it is also a frustrating work. There are bits of the film that are reminiscent of Alien, and others that evoke the high-octane Aliens, but for most of its duration, Covenant is stuck in limbo between those two.

John Logan and Dante Harper penned the script, from a draft by Jack Paglen and Michael Green. It’s largely a serious-minded film and wants to be philosophical, just not as upfront with the ‘big questions’ as Prometheus was. Then, in its final act, Covenant becomes an action film, leaving audiences with the sense that the film took one-and-a-half hours to get into gear. The first time something genuinely exciting occurs, it’s 40 minutes into the movie.

There are parts of Covenant that are scary, and there are parts that are thrilling, but they remain parts instead of coalescing into a whole. The basic plot structure is a familiar one: the crew of a ship receives a distress call of some kind, go to investigate the source of the signal, then all hell breaks loose. Because of the plans to continue the franchise, Covenant ends up feeling very much like a middle instalment, which introduces some interesting ideas but is reluctant to push the overall narrative arc forward very far. Fans of the series might get a kick out of seeing the classic, sinuous Xenomorph (or at least something very close to it) on the big screen again. However, because it and the other creatures in the film are achieved mostly using computer-generated effects, we lose the tactility that helped make the old-school Xenomorphs in the earlier films so scary. The goblin-like Neomorph is sometimes creepy, but also sometimes too cartoony.

With any sci-fi movie named after a ship, audiences must fall in love with – or at least be interested in – the crew. Several of them are married couples, meaning there’s potential for heart-rending emotional moments. Alas, the characters who staff the Covenant are mostly bland and under-developed. There are also too many for them to be distinct. They do make dumb decisions, but not to the extent of the Prometheus crew.

Waterston does a fine job, and ably handles the pressure of living up to Sigourney Weaver. While Daniels is mostly a Ripley knockoff, Waterston lends the film a tremulous humanity. She gets to partake in big action set-pieces, including a fun one involving an excavator-like crane arm. However, she’s not fearless or unrealistically tough.

Crudup is also serviceable as the First Mate who gets promoted to the position of Captain, a stubborn man of faith who struggles with leading the crew. Since religious themes and imagery played a key role in Prometheus, which was about man’s search for his creator, it’s disappointing that this aspect of Oram remains largely superficial. While one might assume McBride is on hand to provide comic relief, and he does, he also displays solid acting chops, and stays a safe distance from being the annoying quippy sidekick this reviewer feared the character would become. 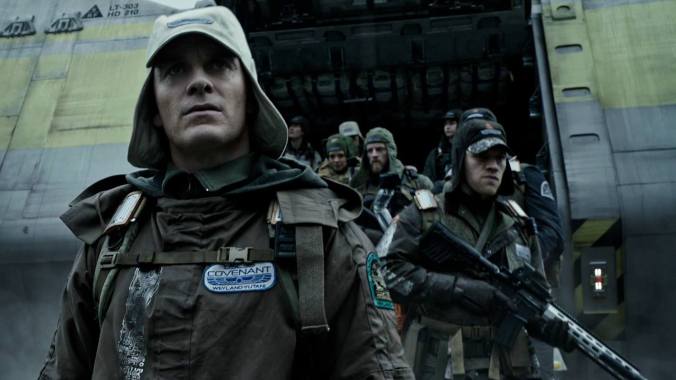 Fassbender is the best thing about Covenant. He shines in his dual roles: Walter, ostensibly the ‘good’ android, sounds American, whereas the amoral and possibly evil David speaks with a clipped English accent. David’s murky motivations get further explored, and he’s meant to remind viewers of the Nazis: David has an affinity for Wagner, is interested with eugenics, and may yearn for the complete eradication of a certain species. The tension between creation and creator that is at the core of the character gets further play. Walter is programmed with less autonomy, and is therefore less likely to go off the rails. David and Walter’s interactions are as riveting, if not more so, than the scenes involving the alien monsters. The visual effects work required to make Fassbender act opposite a second, identical Fassbender is seamless. 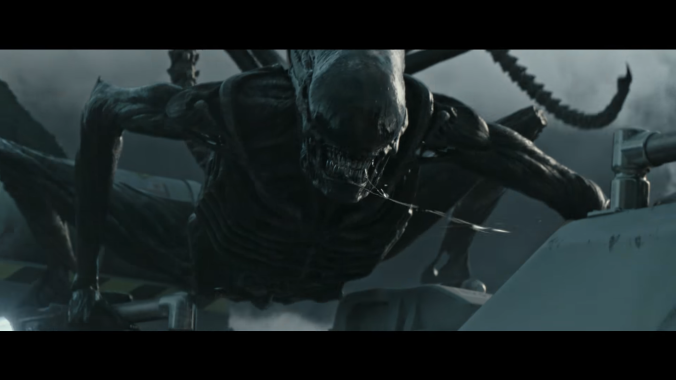 Fans who were hoping that Alien: Covenant would return the series to its roots will likely have mixed feelings about the film. It seems that Scott felt the pressure to deliver a Xenomorph that was closer to the original H.R. Giger designs than the prototypical beasts seen in Prometheus. It’s a sporadically fascinating, but ultimately unsatisfying entry in the series; and there’s just enough to recommend here for the faithful.

Summary: This Alien instalment will make you scream, but as much out of frustration as in terror, its grandeur undercut by an unremarkable stable of characters and an uninspired plot.

One thought on “Alien: Covenant”