The dead have never been more alive than in this animated fantasy-comedy-musical. Nobody’s suffering from even the slightest hint of rigor mortis, and the Land of the Dead is filled with dancing and singing. That’s not to say there isn’t drama afoot.

Miguel Rivera (Anthony Gonzalez) is a 12-year-old boy who dreams of being a musician, and who idolises the singer and film star Ernesto de la Cruz (Benjamin Bratt), the most famous musician in the history of Mexico. There’s just one catch: music is forbidden from the Rivera household. This is because Miguel’s great-great-grandmother Mamá Imelda (Alanna Ubach) was married to a musician, who abandoned the family and broke her heart. Miguel’s great-grandmother Coco (Ana Ofelia Murguia), the oldest living member of the Rivera clan, has never quite recovered from this.

On the night of Día de Muertos, the Day of the Dead celebration, the veil between this world and the next is at its thinnest. Miguel accidentally finds himself a visitor in the Land of the Dead where he meets his deceased relatives, who attempt to get Miguel safely home to the land of the living. Miguel befriends the roguish trickster Hector (Gael García Bernal), who says he can help Miguel cross back. It’s a family reunion between the living and the dead, but it’s also a race against time – if Miguel doesn’t make it back by sunrise, he will find himself a permanent resident in this ghostly realm.

The Mexican tradition of Día de Muertos has figured in popular culture before, notably in the computer game Grim Fandango, the earlier animated film The Book of Life, and in the pre-titles sequence of the Bond movie Spectre. Día de Muertos embodies an uplifting attitude towards death that treats it as a part of life – death is still mourned, but perhaps is not as feared or as dreaded as in other cultures. 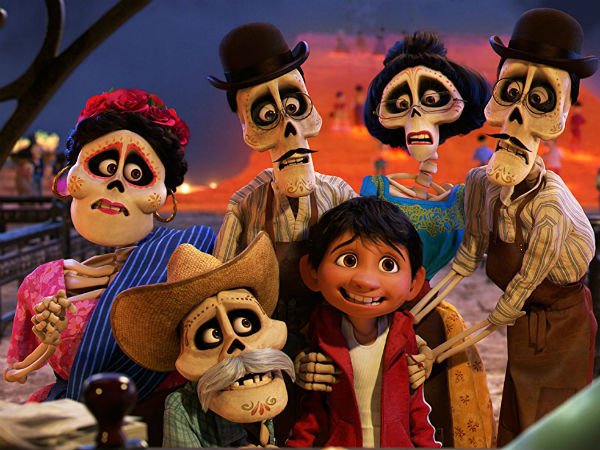 Coco does not appear to cherry-pick elements of Mexican culture to bolt on to a generic product. This is a film which is richly authentic and takes sheer delight in being so. While director Unkrich is white and was born and raised in Cleveland, Ohio, Coco does not feel like the work of a curious outsider peering in through the window. The screenplay is credited to Adrian Molina and Matthew Aldrich, and this is a strong, fully-realised story. Molina was promoted to co-director partway through production. The central conceit is clever, the characters are distinctive but not overly gimmicky, and the jaw-dropping twist is sheer masterful storytelling.

This being a Pixar film, the visuals are a joy to behold. The animation team had to rethink how the characters move, since the skeletal denizens of the afterlife do not have the musculature which informs how flesh-and-blood human beings move. The designers have great fun devising the look of the Land of the Dead. It’s colourful and zany, but everything feels guided by rock-solid design principles, and not one detail seems superfluous.

Directors of photography Matt Aspbury and Danielle Feinberg utilise warm lighting that makes the afterlife appear inviting and festive rather than foreboding, while keeping it otherworldly. The film features a variety of creatures known as Alebrije, which function as spirit guides. Mama Imelda’s Alebrije, a winged jaguar called Pepita, is especially striking. Miguel’s ‘Alebrije’ of sorts is a mangy-but-loveable stray dog named Dante – after Dante’s Inferno.

The voice actors impart believable verve, and are just heightened and theatrical enough without coming off as too over-the-top. Miguel is eminently loveable, and the character’s conflict between following his passion for music and the life his family dictates for him is one that is readily relatable.

The Hector character is a likeable scamp who can fast-talk his way out of any jam, and who ‘knows a guy who knows a guy’. Once Hector is introduced, we think we’ve got him all figured out, since he fits that old archetype to a tee. Bernal lends the character surprising nuance, and as we learn more about him, there’s considerable depth to be found. 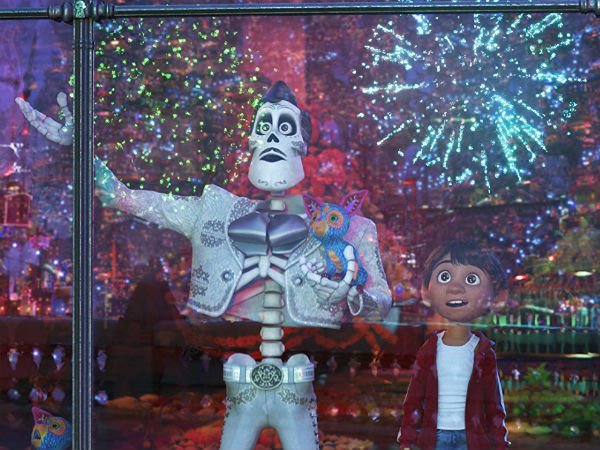 Bratt has fun as the beloved matinee idol Ernesto de la Cruz. He sings the song “Remember Me”, but for the other songs, Ernesto’s singing voice is provided by Antonio Sol. The mini-mythology of the canon of songs that Ernesto has sung and movies he’s starred in provides valuable texture to the world. 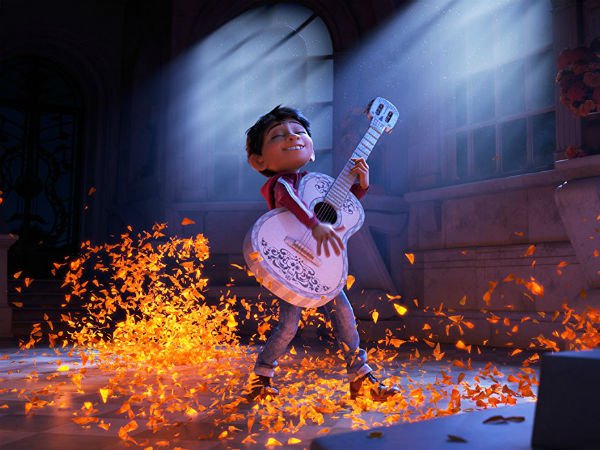 As in almost every culture, music figures heavily in Mexican traditions. Coco features songs written by Robert and Kristen Anderson-Lopez of Frozen fame, as well as Germaine Franco and co-screenwriter Molina. The film’s signature song “Remember Me” is a stirring, evocative number and it works as a crucial plot point as well as it does a standalone ballad.

Coco did not just move this reviewer to tears, it made him bawl. There’s power and enveloping warmth to this tale and the visually inventive way in which it’s told. Just as Inside Out was the launchpad for many a family discussion on mental health after watching the movie, Coco is a great way for kids to process death and how it is a part of life. Steeped in a fascinating culture and bringing that culture to mass audiences, Coco is an all-involving celebratory masterpiece.